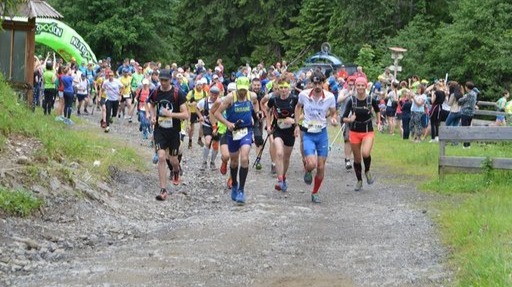 To the highest point of Ukraine - "Kelta Goverla Race"

The idea of ​​running a mountain race came to my mind last fall when I was eyeing the 23km Chornohora Sky Marathon.

Ever since I started jogging, I've visited several trails, such as “Wild North Way”, “Salomon Winter Cross”, “Wild Trail Ternopil”, and mountain running on my list so far.

Choosing which race to start exploring mountain running, he settled on two races: one in Poland and one in Ukraine. Although in Poland there are about 200 mountain runs a year, and the most interesting of them is "Bieg Tkacza" with its rather interesting history and a distance of 32 km. In Ukraine, among all the mountain running events, only the Kelty Goverla Race (the main distance - 24 km) was suitable for my requirements (run only the main distance). In general, there are other races in the Ukrainian Carpathians: "Carpathian Trail" is the main distance of 101 km, "Chornohora Sky Marathon" is 60 km, "100 Buko miles" is 160 km, "Hutsul Trail" is 52 km, " Fun Karpaty Dynafit Trail - 59 km, Skole Ultra Trail - 101 km, Bojko Trail - 150 km, Extreme Endurance Trail - 55 km, Wet Hills - 42 km. Almost all of them (except "Wet Hills") the main distance is ultra (I will start running ultra no sooner than two years). Running "Wet Hills", though quite interesting, is part of the "Ukrainian Trail League" and running the whole league is much more interesting than its one start, since all the races of "Ukrainian Trail League" I have quite interesting locations and routes. Besides, when you're basically running on the highway and training in the plains, getting started with a mountain marathon run is not a good idea for me. The same alternative to the chosen "Kelty Goverla Race" among the Ukrainian races for myself I have not seen. Why did I decide not to go to "Bieg Tkacza"? Despite the good route, an interesting starter pack, the main thing was that I had no experience running in the mountains. And I was on a mountain hike for the last time in 2016, and there may be different things there, so it was decided that my first mountain race should take place in Ukraine. The Kelty Goverla Race was also interesting for me because in the winter of 2016 I tried to go to Goverla and Petros, so I knew what the route was and if I got lost, how to get back.

Check-in was done on vseprobegi.org, where you can choose the distance you want to run. There were three of them: 8 km, 16 km. and 24 km. When registering you could order insurance immediately. He chose a distance of 24 km for himself. The organizers posted basic information about the race on their Facebook page, and a week before the start they created a group in Viber where they could learn about all the important moments of the race.

He decided to get to the start point from Kyiv by car in the company of Vasyl Mishchenko and his friends. The road took a long time, but I didn't feel tired. We arrived in Lazeshchyna on Friday evening, and on Saturday morning, on the eve of the start, we went to Kozmeshchik campsite for starter packs. On Saturday the participants started for a distance of 8 km. and 16 km, so we had a whole day off to enjoy the nature of the Carpathians. The starting place was located on a clearing near the Kozmeschyk campsite. After picking up my starting numbers to waste a little time, I decided to watch the 8 km and 16 km, runners. The weather on Saturday was not very favorable for the runners - after the start, it was raining almost immediately, and it did not increase the optimism that it would not be the next day. And in the swamp did not really want to run.

Starting ban 24 km away. was offered for 8 hours 30 minutes Sunday, so waking up in the morning we are trying to get to the starting point. Runners were already selling there. The weather was brightest and pleasant, which was a pleasure. Anything that does not come will be nails in the rain, as participants at 8 and 16 km. the previous day. After a short warm-up, a 24 km race began. Two of them are located at the peaks of Hoverley and Petros and two at the foot of the peaks. The whole route was off-road.

The first few kilometers we ran a gentle ascent, which with each step became steeper and ascended towards the first peak of Petros. The most interesting part of the Kelty Goverla Race for me in the first half was the segment between the first KP and the top of Petros, as it is quite steep and rocky and it is not very fun. If I got to the first KP without much trouble, then there was no great desire to climb Petros itself. But there was nowhere to go, so slowly began to climb it. The closer the summit got, the more often it was possible to meet runners who were already descending.

"Petros" gave a pretty good view, but it didn't take long to enjoy it. So, having a little water and candy, I had to go down and run to Hoverla.

The descent from Petros also did not inspire much joy. I especially have no experience of running on mountain trails. As a result, it didn't work out fast, though it didn't save me from several falls. The road to Petros and the descent from it took me 2:26:08.

At the KP at his foot, "Petros" replenished his water supplies and a little nourished himself with fruits and biscuits, went to the next peak - "Hoverla". The path passed the road with small rises, which after climbing to "Petros" seemed almost flat. It was easy to run here, allowing you to enjoy the surrounding mountain scenery.

Running to Hoverla from afar, one could see how other runners were climbing and descending on it. Taking a breath at the KP at the foot of Goverly, I stormed off. The climb was much easier than going to the first peak of Petros. I managed to overcome 10 miles at 3:54:32. After climbing on Hoverla, I was waiting for the last run of the race - 8 km. descending to the finish. The first 4 km - mainly passed meadows and pastures, and the next 4 km - through the forest. The forest itself gave diversity a run, though it was already difficult enough. But the proximity of the arch with the inscription "Finish" added strength to escape. As after crossing the "Finish" plate, fatigue will pass and only the positive emotions of running "Kelty Goverla Race" will remain in memory.

The Kelty Goverla Race has fully lived up to my expectations. Excellent organization and a positive atmosphere prevailed throughout the race. The race route was well marked and allowed to enjoy the beautiful scenery of the Ukrainian Carpathians and at the same time to test their strength in mountain running and gain new experience. The Kelty Goverla Race is a good option for beginners to form their idea of mountain running. 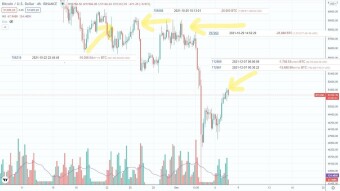 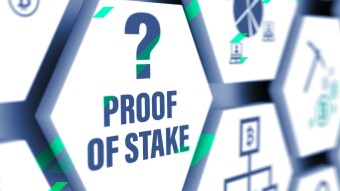 Transition to Proof of Stake might not be ‘all shades of good’. 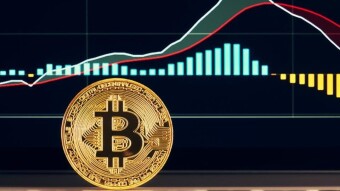