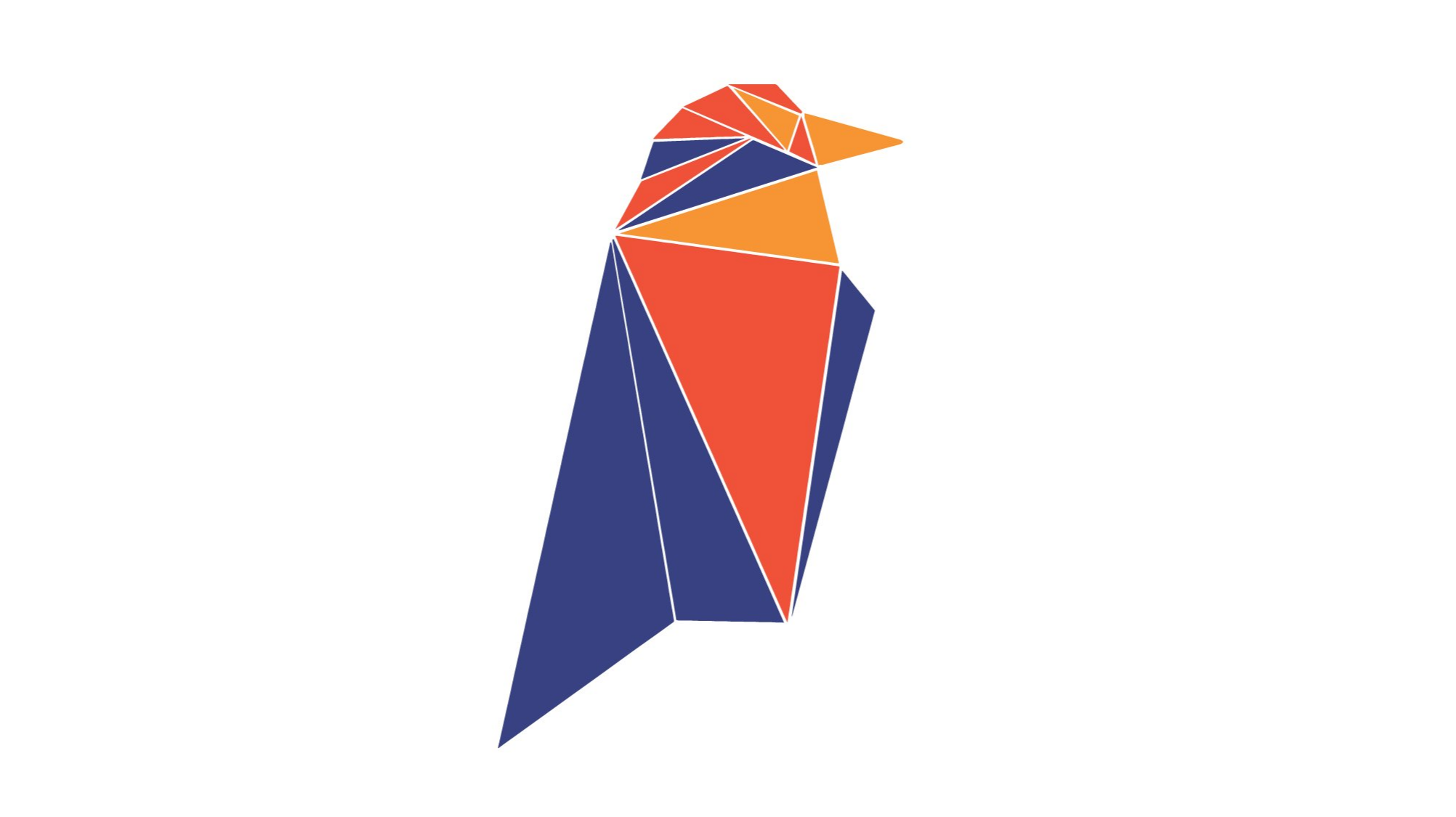 Flight of the Messenger: Ravencoin

Ravencoin (RVN) came into the crypto space to compete with the likes of Bitcoin and Ethereum to enable tokenized P2P transfers of assets on the blockchain. Being a fork of Bitcoin, Ravencoin upgraded some of its architecture to cater to scalability and has managed to break into the top 50 coins by market cap and is holding at #50 at the time of this writing. 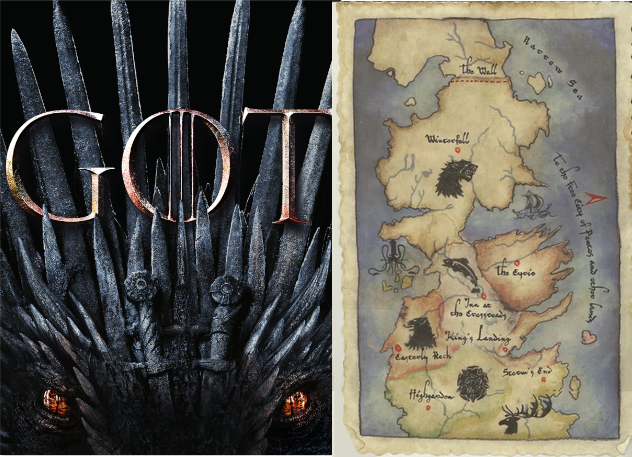 Ravencoin has been around since 2017 with the testnet launching on Bitcoin's 9th birthday October 31, 2017, and officially launched its mainnet on October 31, 2018. According to their announcement post on Medium back in 2017, it references the fictional world in the hit series Game of Thrones: 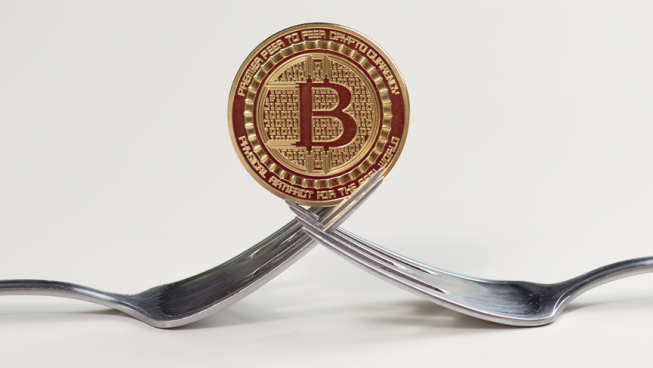 Being a fork of the Bitcoin core code, Ravencoin offers unique features with recently added messaging and the Interplanetary File System (IPFS).  While Bitcoin is more of a store of value or a medium of exchange, Ravencoin focuses on asset creation and transfer.

Also competing with the likes of Ethereum, Ravencoin looks to have the best of both worlds and tackle the problems of Bitcoin and Ethereum. While the feature of assets can be implemented on the Bitcoin blockchain, The Majority of nodes are unaware that there are assets within the code. Ethereum has the problem of being able to create assets but can have identical asset names that can confuse users and be susceptible to scams. 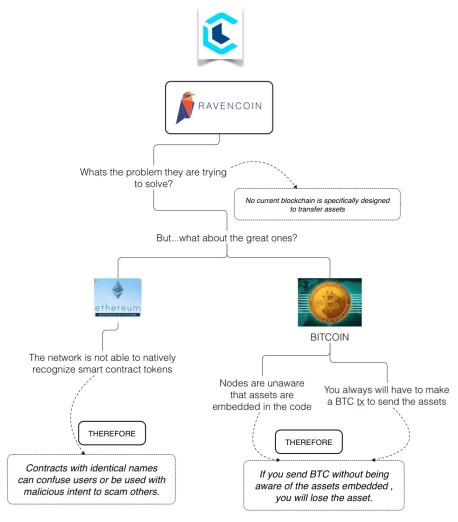 In order to create an asset token on the Ravencoin blockchain, it is required to burn some RVN and choose a name that is unique as mentioned earlier, the asset name cannot be the same as another.

There are a few asset token types on the Ravencoin network:

Rewards - RVN rewards can be distributed to holders of your token.

Unique Tokens - These are essentially Non-Fungible Tokens (NFTs) and cannot be replicated. This type of token gained popularity with the success of Cryptokitties but can be used for more than just digital collectibles and can be used as proof-of-ownership for things such as software licensing or art collection.

Voting uses the same approach were to initiate a vote, token holders are notified through the messaging system and that message will contain a VOTE token that holders will use to vote.

Ravencoin has Proof-of-Work (PoW) mining and uses the Application-Specific Integrated Circuit (ASIC) resistant algorithm X16R. There was no Initial Coin Offering (ICO) and no pre-mine so the project is entirely open-source and community-driven. 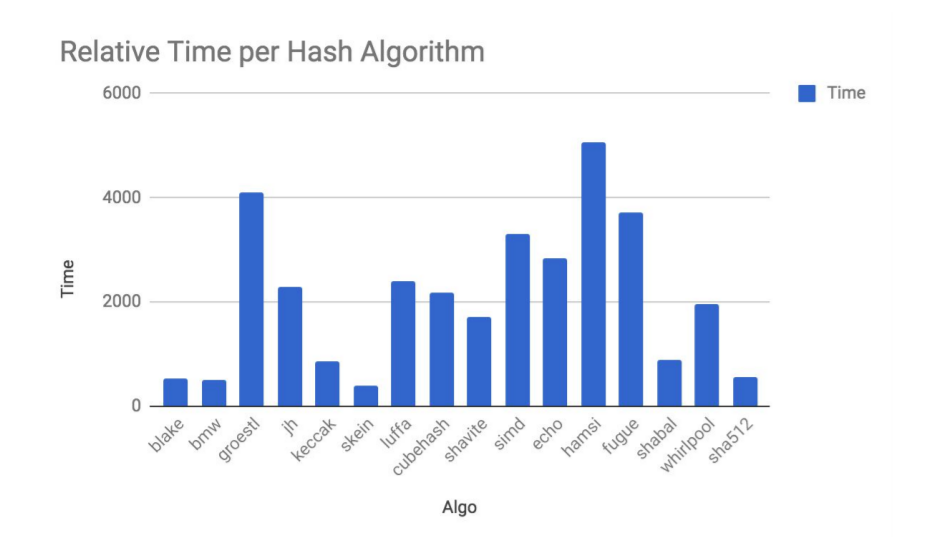 However, a recent update will change the hashing algorithm in May 2020. More info later in this artlcle.

In the short amount of time Ravencoin has been around, it has seen some major growth and support. Right after the initial testnet launch in January 2018, Ravencoin reeled in a big investor, Overstock.

CEO Patrick Byrne revealed on a Bloomberg interview that he and the company have invested millions into the open-source project which at the time was not very well known yet.

Well I'm not really interested in cryptocurrencies per se. Although in general, I guess there's nothing wrong with me saying there is an open-source project of which I'm really letting something big out of the bag here.  I'll tell you. But there's an open-source project called Ravencoin, which Overstock has put millions of dollars into teams. We have people contributing to this open-source project. We think this coin actually has quite a future. It's about — it's bitcoin, but a thousand times more energy efficient. And there's other real interesting virtues to it — so Ravencoin. But other than that, I stay out of the cryptocurrency game. I'm building the — we're focusing on applications of this technology and not just betting on coins themselves.

Tzero is a financial tech company that is owned by non-other than Overstock. The first Ravencoin ATM was launched back in June 2018.

One good indicator of adoption and growth with PoW blockchains is the mining hashrate since launch. Ravencoin is seeing some of its highest hashrates in March and April 2020.

Ravencon went through a couple of big upgrades that added some big features.

Earlier this month, Ravencoin v4 - KAWPOW upgrade was released and is more focused on switching the mining algorithm from X16Rv2 to KAWPOW, a Ravencoin-specific version of progPOW hashing algorithm. The update includes:

One of the most important factors for the success of a coin is its support and adoption across exchanges. Unfortunately, it's more so the support on centralized exchanges since that is where most of the volume is and that is the current economy of cryptocurrency. None the less, Ravencoin has gained support and is listed on some of the top exchanges such as Binance. 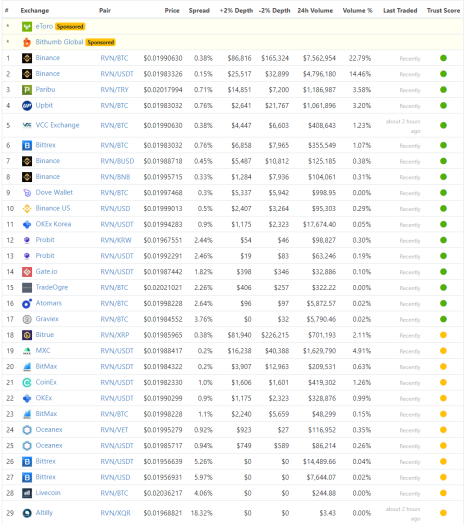 Find the full list of markets that support RVN on CoinGecko.

Being one of the newer blockchains, the efforts of the team and the community behind Ravencoin deserves quite some credit as they managed to see quite an amount of growth in such a short amount of time. While making the top 50 coins by market cap is quite an accomplishment, there's an uphill battle as Ravencoin is dangling at the bottom being currently ranked #50 and with the current COVID-19 pandemic the future of many blockchain projects is still a mystery and only time will tell. Will the upcoming switch to its mining algorithm have a big impact on the price in the markets? We'll find out after May 6, 2020.