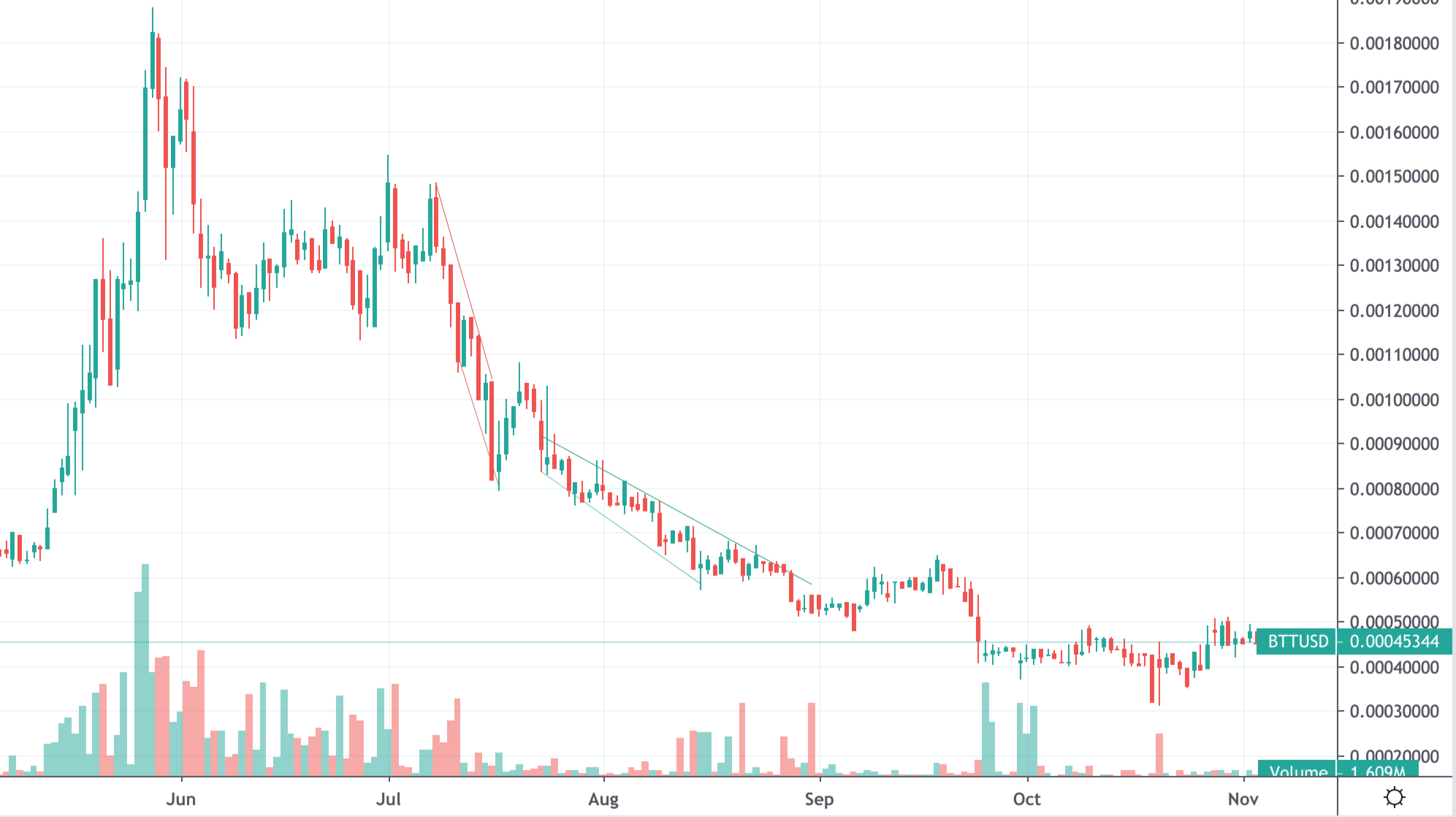 The BitTorrent token (BTT) is a standardized TRC-10 token on the TRON blockchain. It was founded and launched by BitTorrent Inc., the same company that brought you the decentralized torrents that made downloading and distributing content faster and easier. You may be wondering what value BitTorrent may derive from creating their own token. After all, the P2P torrent networks as we know them function just fine without it.

I admit that I myself did not give much consideration to BTT until I received some in a monthly airdrop at the beginning of the year, distributed to Tron users who have a minimum amount of TRX in their wallets. It turns out that the BTT token is supposed to be the basis for fuelling the tokenomics of several interesting dapps that BitTorrent has had in development, namely: BitTorrent Speed, BitTorrent Live and BTFS (the BitTorrent File System). This should not come as a surprise after Tron's acquisition of BitTorrent the previous year.

BitTorrent Speed is a torrent component native to uTorrent (at time of writing, only available to Windows users). You can use BTT to bid for faster download speeds on your torrent, and alternatively, seed torrents to earn BTT. BitTorrent Live on the other hand aims to be a streaming and video upload app, similar to DLive, wherein the BTT will be used for tipping and content creation. Lastly, we have BTFS, enabling you to store data or earn BTT for providing storage (perhaps a direct competitor to IPFS's FileCoin).

Despite being relatively late to the game with announcements in all three categories, the ICO and initial period that followed seemed very promising. By February 2019 BTT was already 6X its IPO price. In the chart below, we can see a very clear accumulation phase (blue) between February-May, followed by a very steep absorption phase (yellow) culminating at a high close of $0.00182 and an almost immediate distribution (red): 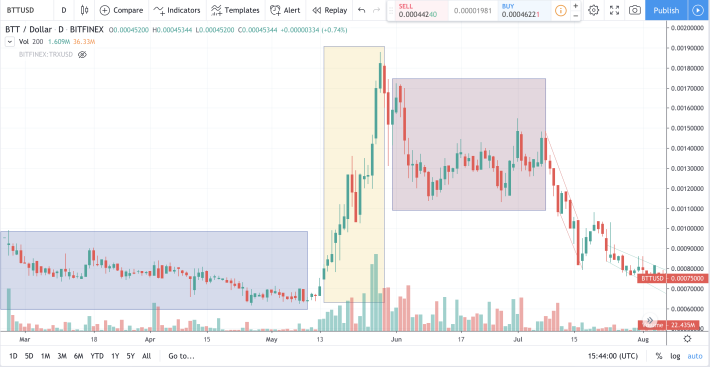 During the distribution phase, support seemed steady at around $0.00116 with resistance rising from $0.00138 to $0.00148. However the turning point came on July 08 with the launch of BitTorrent Speed. I followed the reports in both the BTT Telegram Group and also BTT Discord. The launch was slow, buggy and technically difficult. This is without mentioning that it was limited to Windows users, Mac users still do not have access at time of writing. When it does work, to this day, the seed-to-reward ratio remains very low. The skepticism and pessimism regarding value and liquidity that followed is reflected in the steep decline as seen below. Notice that in September, with the launch of BLive (BitTorrent Live) on testnet, a slight recovery was expected. However results here too ranged between non-existent to anticlimactic. 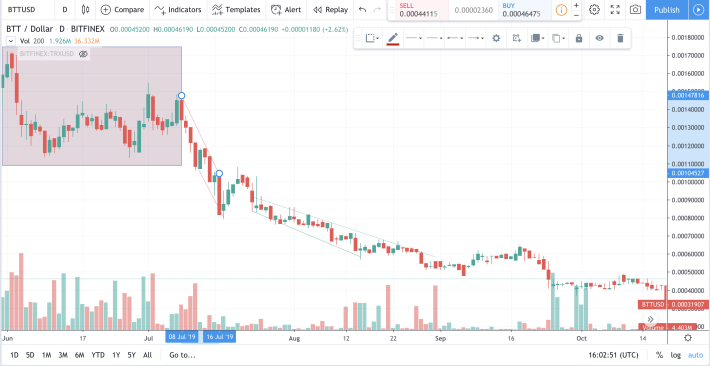 So, if we now look at the past 5 days, we can see that the situation is not at all promising. Selling remains strong for a token with, at the moment, practically no utility or value. Current market cap according to CoinMarketCap is at $96,474,105, approximately $30M less than its market cap around Feb/Mar 2019 and around $282M less than the peak market cap of approximately $378M. 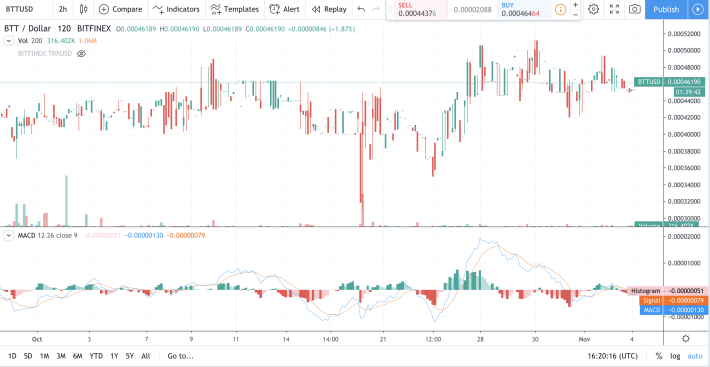 Aside from whale investments it looks like BTT will remain volatile and low. Utility may possibly bring some of the token's value back but this will depend on the Tron Foundation making all of its dapps worthwhile in order to generate demand. There does not seem to be any indicator to determine if/when that turnaround will happen.