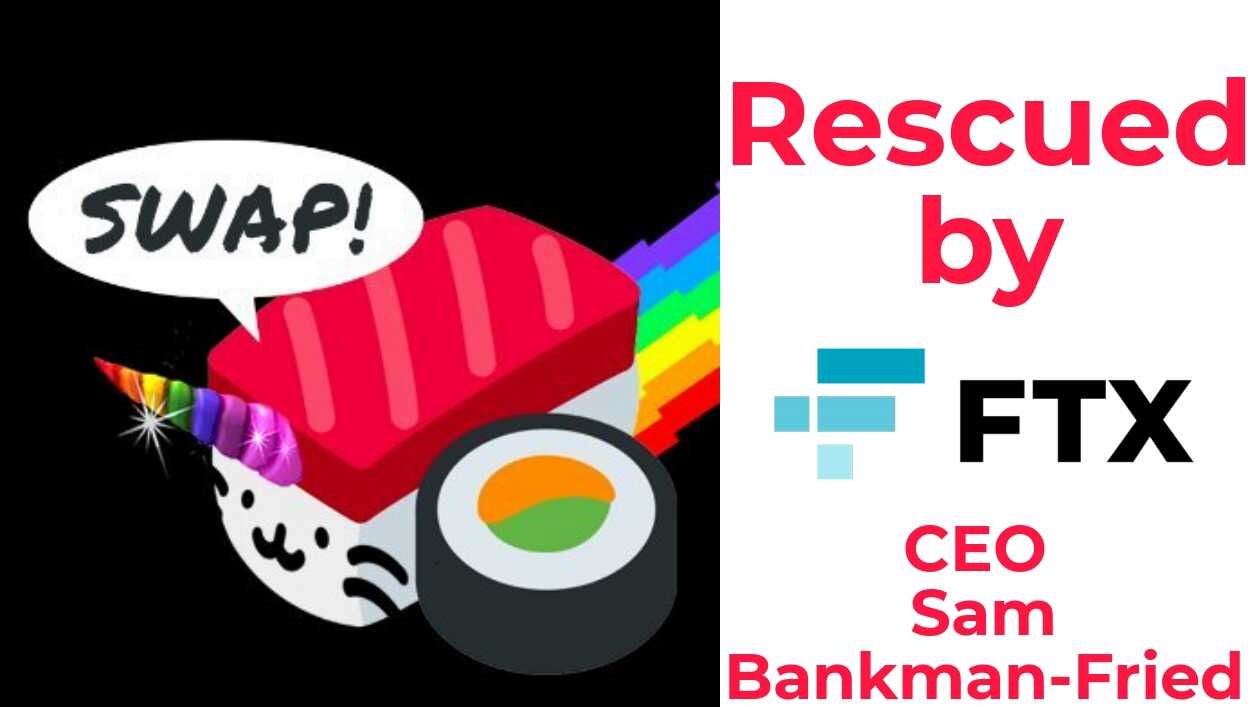 The clone from Uniswap protocol the SuShiSwap project get rescued in an unprecedent move by FTX CEO in a Hot weekend after the "chef Nomi" the dev former owner of the SUSHI sold his funds dedicated to infrastructure of the project, he exchanged 2,558,644 SUSHI tokens and received 20,039 ETH worth almost $13M which caused a total nearly collapse to the project.

That sell off by Nomi plunged the price of SUSHI in more than 88% causing severe loses in the community who support the project and if the FTX CEO (Sam Bankman-Fried) didn't step in to rescue, the SuShiSwap project was going to Zero.

After Chef Nomi sold the devs funds the community raised voices about a possible exit scam by the anonymous founder, who promptly answered that he wasn't leaving the project but was focusing more in the migration process of the SUSHI project, which didn't convinced the supporters of the protocol, that lead the Founder to make settlement with Sam Bankman-Fried to pass him the Admin Keys of the project.

With the move, the credibility of SUSHI and also the price stability of the token get normalized, traded at moment of writing nearly $3 per coin.

The community supporters of the SUSHI also made their voice heard react positive on the new phase of the project now leaded by FTX CEO, with CEO of BitMex and Su Zhu, the CEO of Three Arrows Capital.