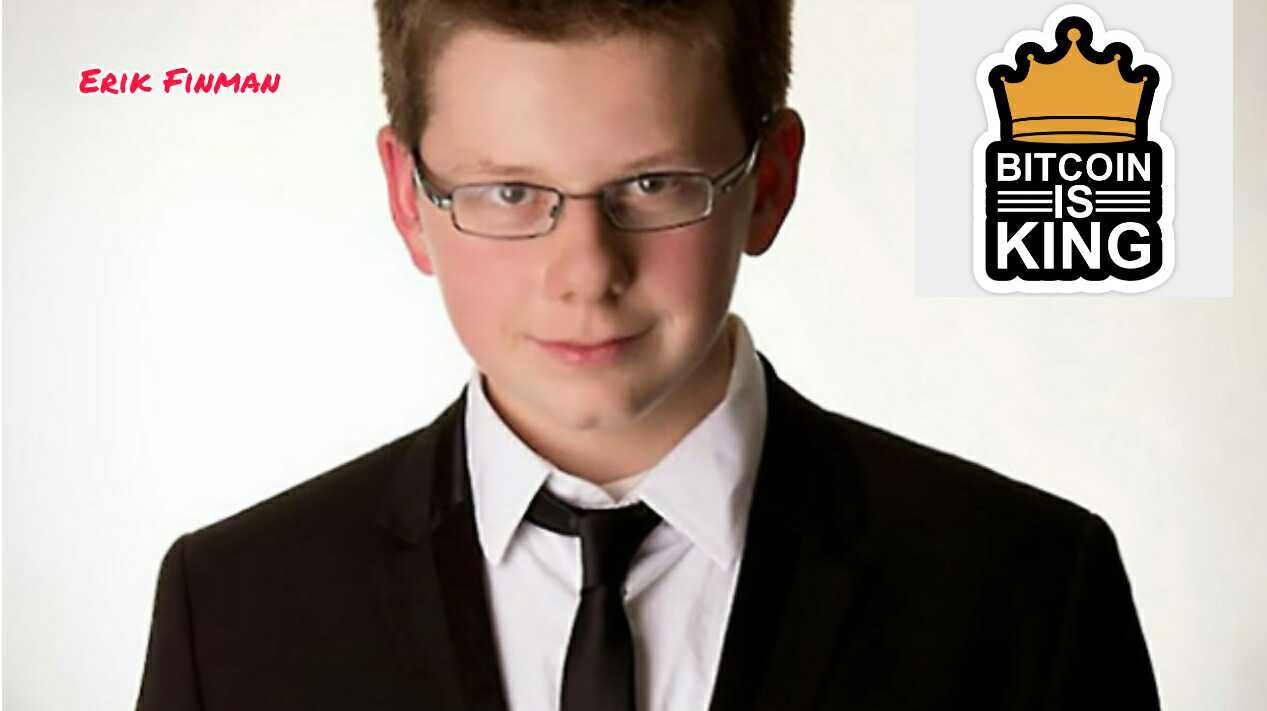 Bitcoin debut was on 2009 when the world watched the first decentralized asset being shown up by Satoshi Nakamoto, the visionary behind the project who believed that the monetary system was sick and needed a tonic to make it more better to share wealthy, store value and the most important empower the humans in order to make them "their own Banks".

With this mentality on mind also enthusiasts who believed in the Satoshi Nakamoto vision started to follow more this (lunatic, considered that way by many people, which finally proved that he was the most lucid lunatic on earth) asset and invested in the early stages on market.

Erik Finman was one of them, with just 12 years old, this young man invested $1000 in early 2011 when the asset price was around $10-12 purchasing 1000 BTC (valued at today prices ~114,000.000). He was too young but had a vision in the future of Bitcoin and convinced his parents to let him invest the money earned from his grandmother and made a pact with his fathers " he would make that $1000 turning in $1M" and couple years later that amount was worth more than a million.

Finman in one of his appearance seminars proving that Bitcoin isn't dead, but that still a lot to be earned from!

Finman became millionaire with 18 years Old and he was still Hodl a large portion of Bitcoin in 2017, which recently was valued in around 401 BTC (worth more than $4M in actual market prices) he was still holding.

This young man also invested in other currencies such as Ethereum and one other project that is his the main investor, a Cryptocurrency that he consider that is a "Facebook Libra Killer" and he willing to put all his money into it. He traveled a lot to express his Crypto support around the world also supported Schools in Africa (specially in Ghana, where he helped to construct and remodeling roofs and other damages), also become an inspiration to many people around the planet specially the youth in U.S (where's from) and Africa.

Erik Finman become with his wealthy the first Teenager Bitcoin Millionaire which shows the world that when you believe in something you can have it paying Back!

I hope you enjoyed the article, don't forget to download Brave Browser and earn passive income watching non intrusive ads, any coin deserve to be in our portfolio, subscribe for more Updates and marvelous content.

Find also the article on my dedicated blog.