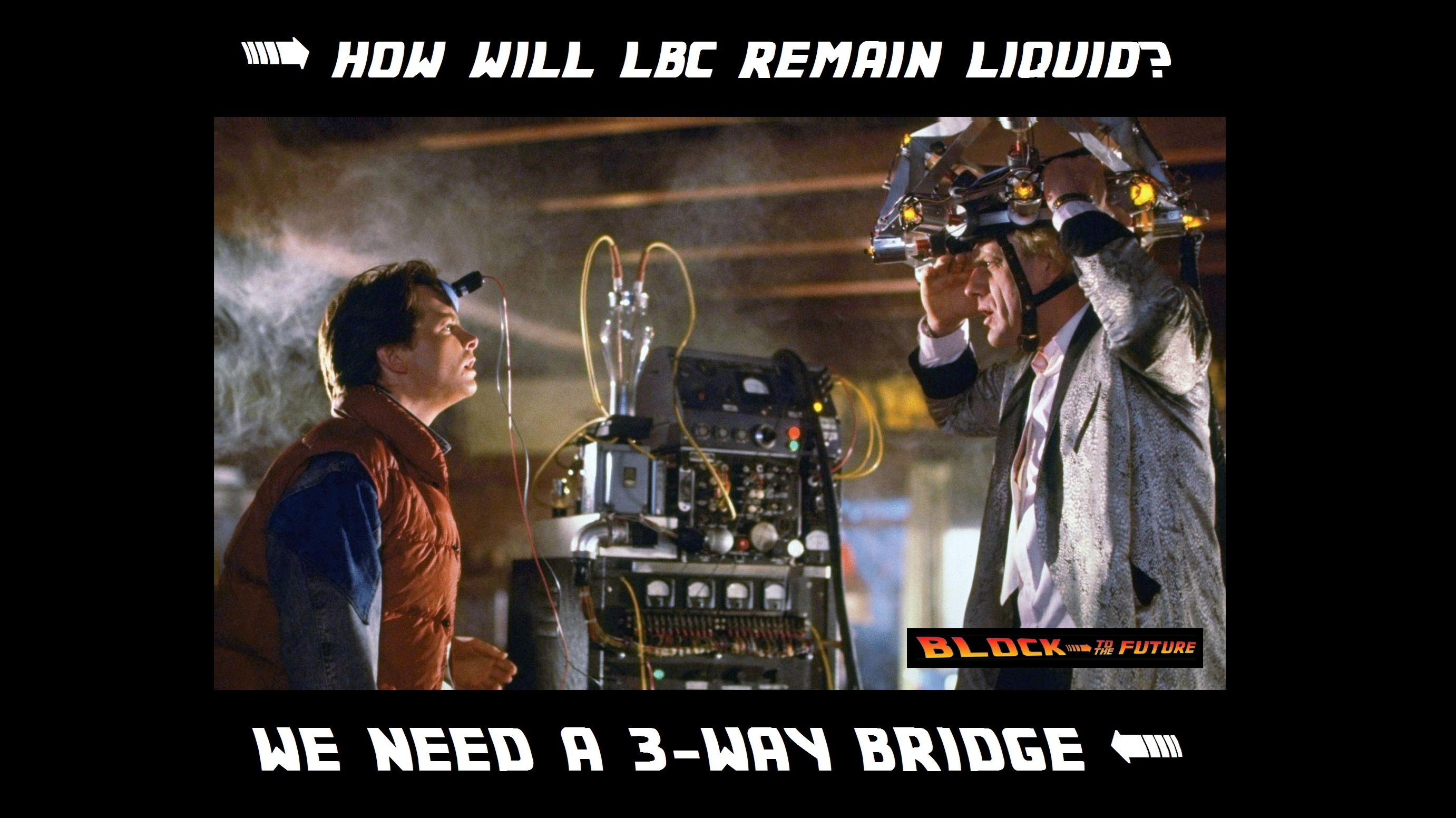 I just read this post from The Part Time Economist, SEC Charges LBRY, Bittrex Will Delist LBC Pairs Soon! It all sounds pretty concerning. I love LBRY and I use it every day. So I noticed that Odysee has this link to HelpLBRYSaveCrypto.com right on the front page.

And LBRY.tv has this message up migrating users over to Odysee. So it seems that LBRY has engaged their emergency measures.

HelpLBRYSaveCrypto.com has a link to a change.org petition (yeah, seriously) and this video is embedded there summarizing the malevolent actions of the SEC against the LBC utility token and how they have wrongfully designated LBC as a security. This is not going to be the last time this "use-case" presents itself. We have a project that the community loves that is under fire. Obviously, the LBRY community is huge so we've got developers who can help solve some issues the community is facing and possibly even generate a successful business mode. So what's the best solution fam? We have LBC operating on its own blockchain and they are about to get delisted on Bittrex. That's too bad because I don't think I have a CoinEx account. Who knows if I can get one in the US... doubtful. And that's all the markets listed on CoinGecko for LBC right now.

So it would be awesome if before April 16, 2021 (when Bittrex delists LBC), we had a solution for LBC liquidity worked out. I've been exploring various interoperability protocols for a few weeks and I don't know who can best tackle this issue. I think we need to solve it without using the Ethereum network. We need a bridge between LBC and another chain... preferably a couple of chains. How about a Tron Network bridge and a Binance Smart Chain bridge? Can we build a three-way bridge between the LBRY, BSC, & Tron networks? I would be totally satisfied with a simple Tron Network bridge and some staking options on Sun.io and JustLend (which I recently wrote about here). But why not pump LBC by making it liquid in all trafficked low-fee networks? We trust that the LBRY network is secure and censorship resistant and the Odysee community is growing rapidly. So this is not the time to bail and sell your LBC. This is the time to double-down and build a solution that makes Bittrex delisting LBC a laughable joke that we write about later on in our diaries. 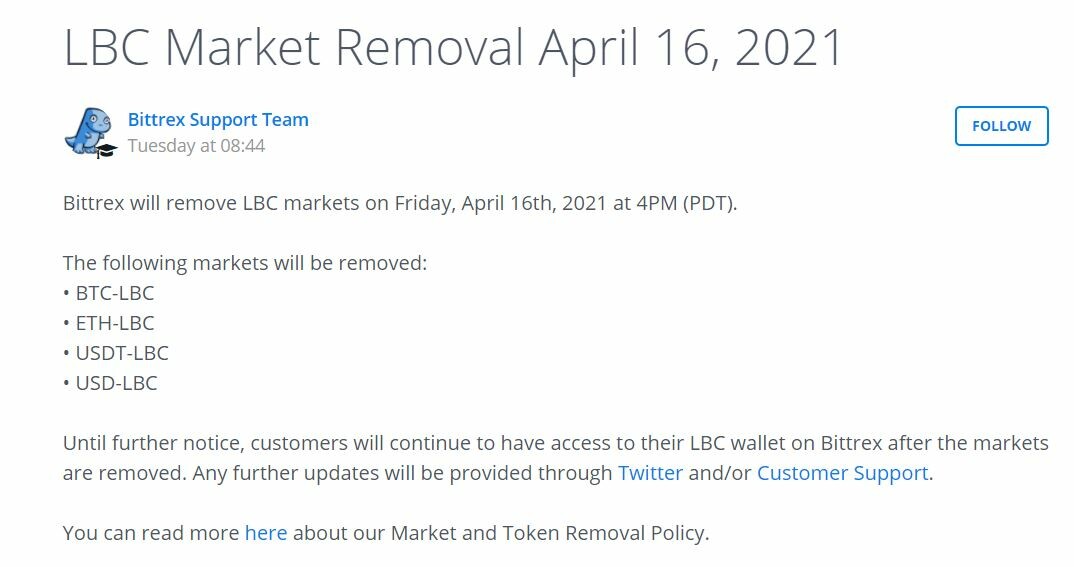 So I want to move LBC freely between 3 networks, LBRY chain, Tron Network, & Binance Smart Chain... for now. Of course, we want to add more chains later. Is there a project doing this sort of thing already? It seems like every token is on their own to build a cross network bridge. Feels like a big task for all these tokens to take on alone. And they are all working separately on the same problem. Is there something that Unifi Protocol (which I've written about here), Cosmos, or Avalanche is doing that can be leveraged to scale bridging tokens across multiple chains? Please reach out to me if you think you can build an automated multi-chain token bridge builder... because I think that's what we need, not just for LBC, but for a lot of projects. I'm pretty sure Essentia (ESS) is building a 3-way bridge between ESSX (Essentia's own network), ERC-20 ESS, and BEP-20 ESS. I would like to see Essentia find a way to provide this option as a service for other tokens, or generate a very simple UI for generating multi-chain token bridges. Whoever builds that service and charges a perpetual 0.01% fee on every transaction will be very successful. 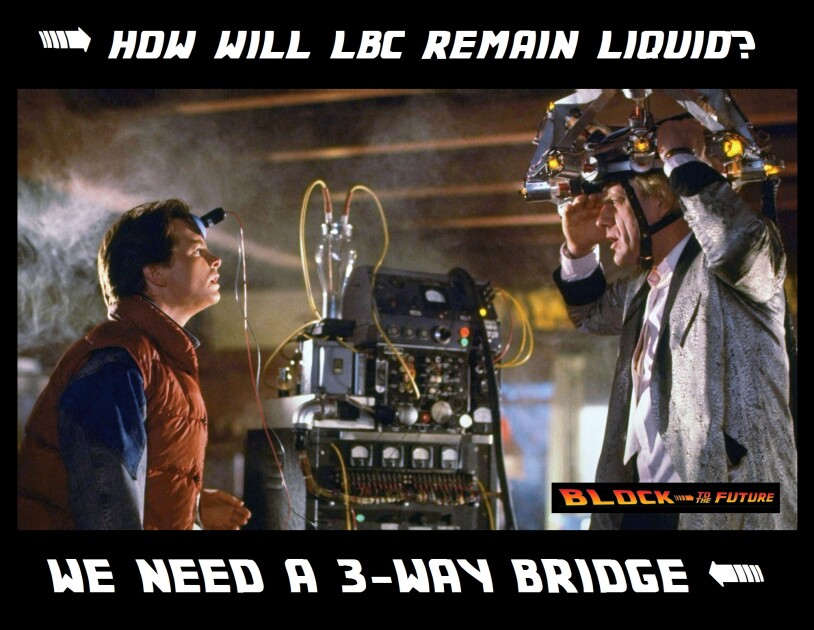 I personally, love LBRY and I have several channels over there. Please follow my Block To The Future Odysee Channel. I don't have any video content uploaded yet, but I plan to make some in the future. Please sign-up on LBRY and subscribe to my channel. I don't like reading FUD about how to hurry-up and liquidate your LBC coins to preserve your earnings. I understand that it's necessary for some people who invested more than they should have into a project they didn't understand. But, for the rest of us, can we just focus on building the tools needed to produce a net positive out of this asshole move by the power-tripping SEC? I don't know Jeremy Kauffman, but I've seen a few hours of video content of him speaking and I think he might be in favor of this type of approach. I wonder how much he is able to speak about it all right now. He may not be able to say much, I have no idea. Let's just adapt like we always do.

Ok, so a couple of action items:

The first one is totally doable and makes people feel like they're helping. The second one is relatively easy, but only helpful for a brief moment and not everyone can do it. The third option is the one we need most. Why does it feel impossible? Who is working on this? I love LBRY. We need to step up and ensure that LBC remains liquid. That's the game that the SEC is playing. They are attacking the ability to buy and sell LBC. But we don't need their permission to do that.

In order to save the LBC coin and the LBRY / Odysee platform, we need to build bridges for LBC coin to to come over to Tron Network as a TRC-20 token and to Binance Smart Chain as a BEP-20 token. We can add an Ethereum ERC-20 bridge later. But right now we need to act rapidly to inject a ton of liquidity into LBC so that Bittrex delisting is irrelevant. As long as we can buy LBC tokens on one of these other chains and then send it through the bridge to the native LBC chain for use with Odysee, we're all good. If we have this basic functionality then we can all begin staking some liquidity pools on Pancakes and Sun.io. LBRY needs to stimulate some liquidity provider token farms for BNB-LBC and TRX-LBC pairs after the bridge is built.