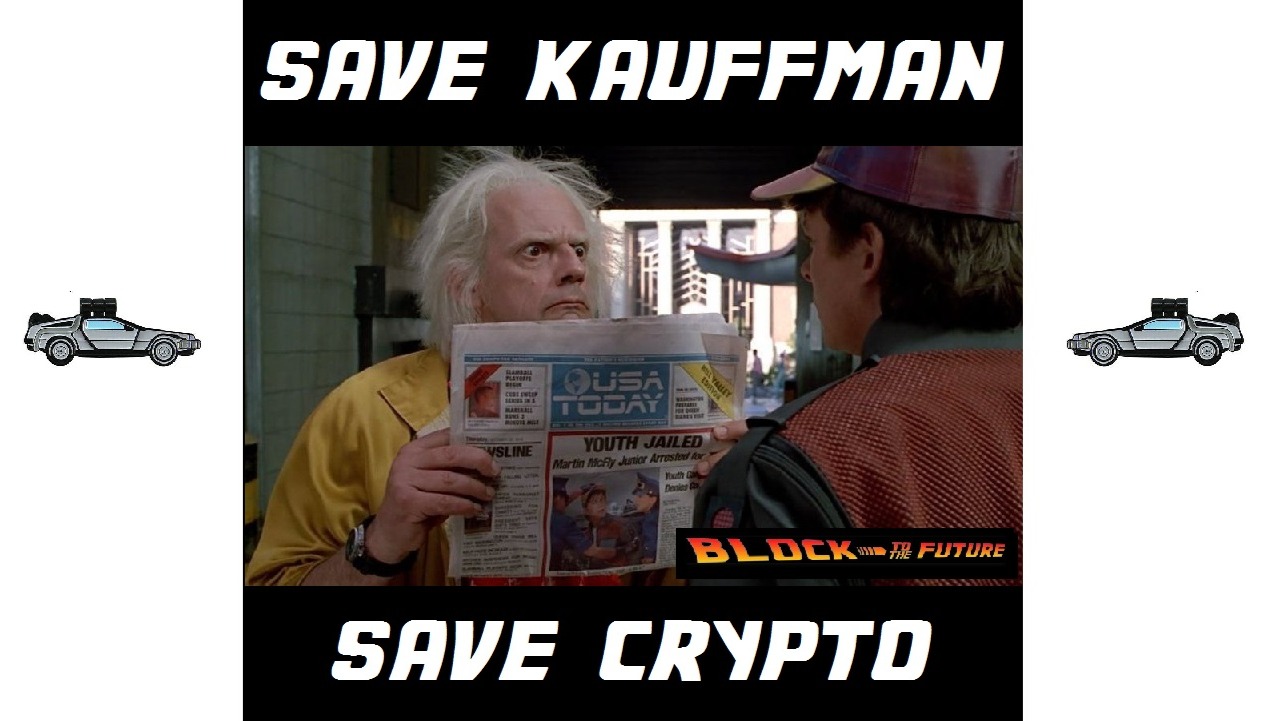 I've watched a few hours of video content in which I have come to see the visionary genius of Jeremy Kauffman and the LBRY project. It's an amazing innovation which I understand as a sort of combination of conventional P2P Torrent file-sharing, but with one revolutionary improvement.... file metadata isn't written to a centralized website like piratebay. Instead, file uploaders pay a small LBC fee to write the file's metadeta to the LBRY blockchain (which includes a link to the .tor file seed). So now, the content exists as a distributed torrent file, but so does the index of the content's metadata. I may be explaining this incorrectly, so it's best to allow Jeremy to describe how LBRY works (don't forget to follow me on Odysee):

It is truly something special to see the sort of idealism and ambition required to disrupt the monolithic big tech culture that rules over the internet, suffocating free speech and thought. Jeremy Kauffman and the LBRY community have achieved something absolutely extraordinary with the LBRY blockchain and it is beginning to have an impact. That's why Jeremy Kauffman and LBRY are under attack. The Part Time Economist, wrote about it in the post, SEC Charges LBRY, Bittrex Will Delist LBC Pairs Soon! And you can read the SEC litigation release here. 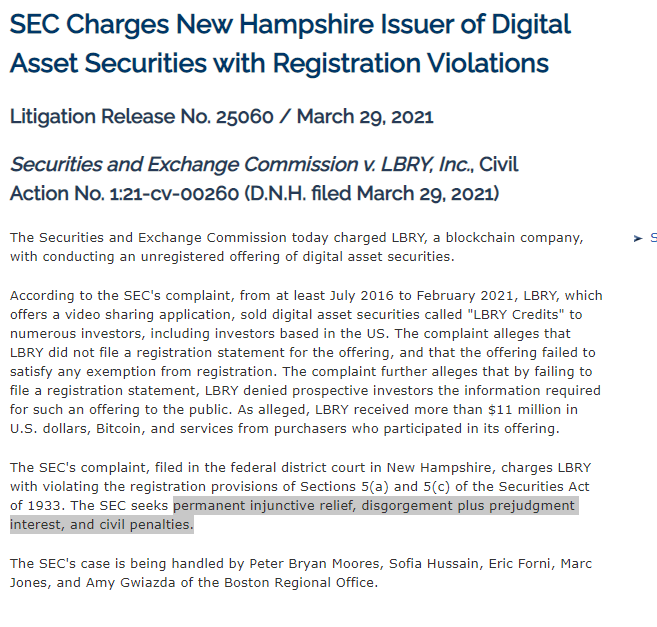 In yesterday's post, LBRY Community Question: What's the best way to get some LBC DeFi liquidity happening ASAP?, I proposed that the community leverage token bridges and DeFi liquidity incentives as a solution to the problem of LBC token liquidity after LBC is delisted from Bittrex. Please take a few minutes to read my thoughts over there about some next steps that could turn this situation into a net positive for the LBC token and possibly the whole crypto community. However, I'm not sure that the martyrdom of Jeremy Kauffman can be stopped and that makes me really angry. I'm angry because he's not the first one to build something exceptional only to be sacrificed for being the first one to do it.

Most of us in the cryptocurrency world have some degree of positive sentiment for Julian Assange and Edward Snowden. But some of the most revolutionary freedom of information heroes don't get as much coverage these days... people like Aaron Swartz and Ross Ulbricht. I'm afraid that the "powers that should not be" are trying to add Jeremy Kauffman to that list. Can we all agree not to let that happen to him? I'd rather see Kauffman live in exile like Snowden, than feel so hopeless that he takes his life like Swartz, or spends his life in jail like Dread Pirate Roberts.

It feels like making a very public demonstration of these individuals has been a way to wage war against the movements they represent. When financial regulators feel the need to flex, the public execution theater becomes much larger than the people involved. Part of the tragedy that seems to ensue when visionary innovators square-up opposite from institutional money and power, is that they have to watch their ideas succeed while they can personally have no victory against the machine set on devouring them. It's like the cost of a truly disruptive innovation is often the life of the person who pioneers it. So I hope there's an island and a yacht and a pile of bitcoin with Kauffman's name on it, because he shouldn't give them the satisfaction of a public spectacle. Kauffman should just split. This country is effed anyway. He can help run LBRY from a non-extradition agreement nation or build a new identity, but he shouldn't make us all watch as they administer his lashes. It's not good for him or the crypto community and LBRY doesn't need him to be "Jeremy Kauffman" in order to survive. Jeremy Kauffman should become the Dread Pirate Roberts.

If you haven't been targeted and persecuted, you may not have hit the bee hive with the stick quite hard enough yet. But politics is downstream from culture, and legislation and enforcement are too often downstream from political donor contributions. My guess is that lobbyists, representing the consortium of big tech oligarchs (which LBRY is positioned to make obsolete) have unleashed the regulatory dogs on Kauffman. It seems like that's often how these things must play out behind closed doors.

LBRY anticipated this sort of foul play in which regulatory bodies give ambiguous guidance so they can selectively enforce the law. And Jeremy Kauffman intended LBRY to withstand this. That's why I bought a small bag of LBC a few months ago in three buys over 5 days. I bought on January 6th, 8th, and 10th and my average price was somewhere around $0.087. I only bought around 5,400 LBC and I've earned a few hundred since then. Was I buying a security or a utility token? I wanted more LBC so I could upload more videos to Odysee.com. I wanted them for their utility, but I also acknowledged that the tokens would have greater utility as more people come to the platform. I wanted to buy the cost of this utility in advance, before it got more expensive. I hoped the price would go up, but not specifically so that I could sell for profit. It is so that I can upload and support more content and grow a social media presence on a platform that is more resistant to censorship than anything else on the market. Back in early January, when I was buying my first bag of LBC utility tokens, I had just come to understand the utility of LBRY's distributed index of video library metadata for facilitating a more robust peer-to-peer file sharing system. 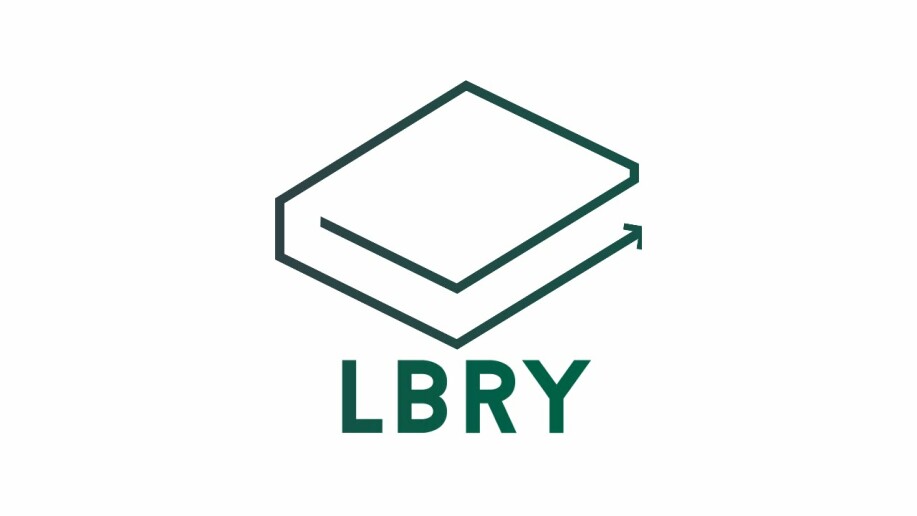 Now that the robustness of LBRY is being put to the test, I'm more excited for the project than ever, but I am still very concerned for Jeremy Kauffman. I'm actually not very worried about the LBRY blockchain network going down. I’m not too concerned about LBC price collapse. I'm not too worried about Odysee being taken down, because any domain can easily serve as an access point for the information on the LBRY blockchain. So the LBRY community isn't going anywhere. The content creators on Odysee will continue posting, viewers will continue sharing, and LBC will continue to have value as a utility token. We just need to make sure to build a few bridges so that LBC can jump onto the decentralized exchanges on Tron Network and Binance Smart Chain... and later Ethereum.

As long as we have a path to purchase and liquidate LBC, the Odysee community will thrive. The value that Jeremy Kauffman and the LBRY community have introduced to the market will have persistence that will outlive all of us. I just wish these predictable anachronistic governments would stop serving their corporate masters and butchering the most entrepreneurial and innovative among us. Naturally, we all have to buy as much LBC as we can right now on Bittrex before they delist on April 16. Then we need to build some bridges so that LBC can become liquid as a token on several chains. But we also need to keep up the crypto community's morale by preventing the central powers from making a spectacle of Jeremy Kauffman. 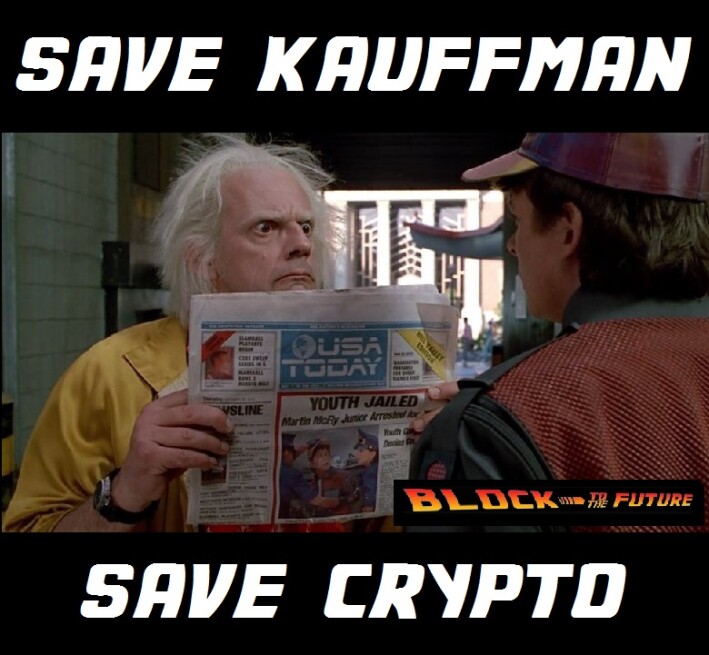 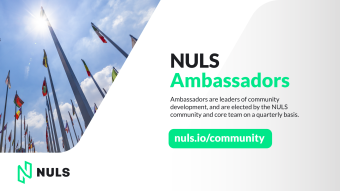