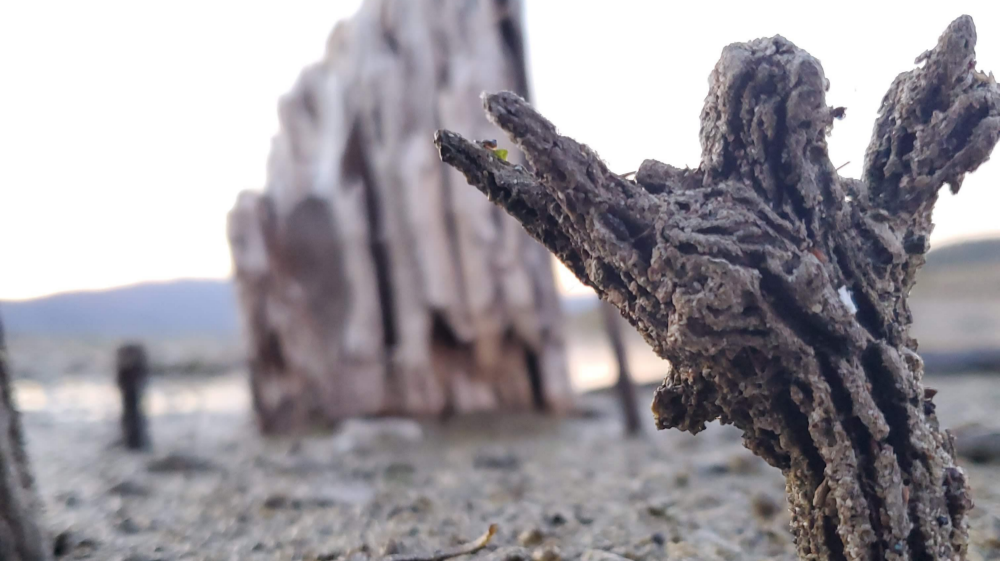 The Exo-Suit is made up of tangible holographic nanotech organisms . Each nanotech particle has a heart made out of concentrated light. This light emits a pulse that causes the air around the nano block to heat up . This creates a plasma effect that is tangible to the touch yet small enough and of the right material as to be broken down and transported back in a similar manner as the human soul/consciousness.

The suit has no need to power down as the nanoblocks themselves work on a rotation that permits temporary shutdowns of individual blocks. A lack of a material body offers the opportunity to go completely without sleep when coupled with the hardware.

I seek out a location with suitable defensive advantages from whence I will continue to take a historical record of my first night.

I pursue a potential raise in elevation, for even though it is steadily manifesting to be a moonless night , perhaps by starlight the preceding hours will prove beneficial. An observation of nighttime habits is pivotal.

The illumination of the stars in this newborn world birthed an eternal pre-dawn. Throwing a blue dust glow on the primarily open landscape floor which made the shadows of larger ferns all the more dark in contrast than any night sky of my own time.

There begins a subtle movement amongst the few larger groupings of Archeopterus and ferns in the terrain below me. I switch from thermal to eco-location to determine the source of the rustling.

A blue-gray webbed amphibian lay prone in a shallow pooling of water . A undulating mass took up the entirety of the semi-auquatic animal's torso. It heaved in labored breaths as it revealed this growth to the starry sky above. The mass reflected in an almost wet metallic manner . Zooming in I was given to a vision of a silvery winged insectiod of what could possibly be the Thysanura heraldry. A head with bulbous eyes , dragon fly wings and a torso ending in bony upward arching tail end . A pile of wet metallic bones brought to life by the air of an ancient night. Two pools mirroring the gathering clouds , the amphibian's dead eyes the tiny moons of a forgotten star system .

This scene briefly brought forth a feeling of disgust in me normally reserved for gross divergences from the natural order of things. Yet were not such unalienable truths held to a higher sanctity here, for it was after all a time closer in proximity to when said laws were written?

A delicate sensation like a million tiny pin pricks washed across my boot , bringing me back to the immediate world around me as I looked down. I caught the back end of a centipede, no smaller than a man's palm in width dissappear into the obsidian blackness of the ground around my feet. No doubt at least 3 feet in length in order for the proportions to make sense. A sudden shock rushed through me as I realized the entire aforementioned darkness of the earth was writhing about before me. This station atop this rocky hill I had planned out earlier as a vantage point no longer existed. The floor around me and beneath now resembled a giant onyx brain of some long forgotten autopsy now a living mass of interweaving oily scaled centipedes. Like a barrel of fist sized Reichsführer -black apples, the segmented armored plates reflected the star-light , tiny soldiers marching through the waters above the firmament.

I had to act fast , the first one taking notice and rising up only to strike down upon my left shin in hopes of finding carnal proteins therein. The outer layer of my suit consisting of a synthetic material harvested from genetically modified spiders held fast against its primordial adversary.

I sprinted all the while attempting to maintain my balance as I came down on the surface , large rubber power cables was the sensation beneath me . I staggered as one came up then two more and whipped me across the back of my knees and calves, attempting to bring me beneath them . To drown in a living mass of insectiod legs and mandibles , how far down did they go in some areas? The rolling mounds about me surely were not there moments ago .I tore one the size of a terrier from my thigh in a double armed 360 degree motion , gaining the momentum I needed to give flight to its mass before it could throw me off balance. It landed a few feet from me as it's lower half was submerged no doubt from some cavernous opening. I came to a descent on the other side of the hill and the stones first larger then gradually smaller , came back into view. The centipedes becoming singular beings as their numbers dwindled .

I walked a few yards before turning around to get a topographical scan of the hill . I activated my Electromagnetic Radiation Wave to visually penetrate the surface space of the hill . As suspected , the below ground was a vast system of tunnels all leading into the base ground below me about a mile or so . This area was possibly 80 percent living matter. Living matter of the aforementioned kind. At the core was what appeared to me to be a reproduction chamber with a organic entity roughly the size of two adult males.

I walked passed ponds of steaming water , a few amphibians sliding in the evade my gaze . I knew this area of Laurentia would eventually give way to shallow swamps , then seas. My footfalls crunched loudly on the sand and small stones . A dragonfly the size of a landed on my shoulder . It looked at its own reflection in the lens of my visor , touched my pack with preying mantis like caution then took flight in a humming buzz like a fan full of birthday ribbons. A warm breeze hit me as I came upon another rocky hill. Hopefully devoid of pedes. No doubt the changing temperatures and lack of food had caused the overpopulated hill nest to occur in this the onset presumably of a late stage extinction event.

Start from the very bottom!! A Sci-Fi short story I am working on involving time traveling to the late Devonian Period of earth's history. Eventually this will be published in tangible form irl.