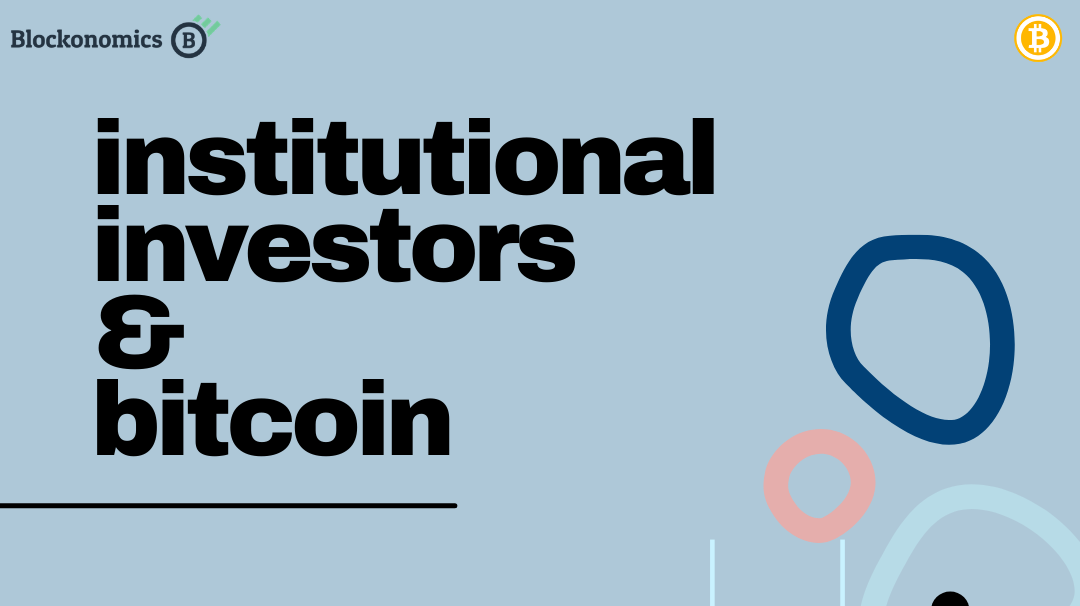 Bitcoin see a 264% Annual Price Increase thanks to Institutional Investors

Originally posted on the Blockonomics Blog

Bitcoin just experienced a massive price dump of almost 50% of its peak value in a matter of a few days whipping almost 424 billion of its market cap.

The entire cryptocurrency market felt the brutal effects of the price drop with almost every coin falling in price and the global crypto market cap falling from an all-time high of 2.55 Billion to 1.57 Billion, that's almost a billion dollars whipped in merely 2 weeks.

Suffice to say that this has created a lot of FUD in the cryptocurrency market.

But, despite such a massive dump, bitcoin as an asset class is doing okay in fact it's doing quite well.

When we compare bitcoin’s value over the years we see that it has in fact appreciated and that too by a significant degree contrary to what the current market sentiment portrays.

Simply looking at the price chart of its value over the past 10 years we see a clear upward trend where bitcoin managed to outperform some of the best asset classes that exist in the market. 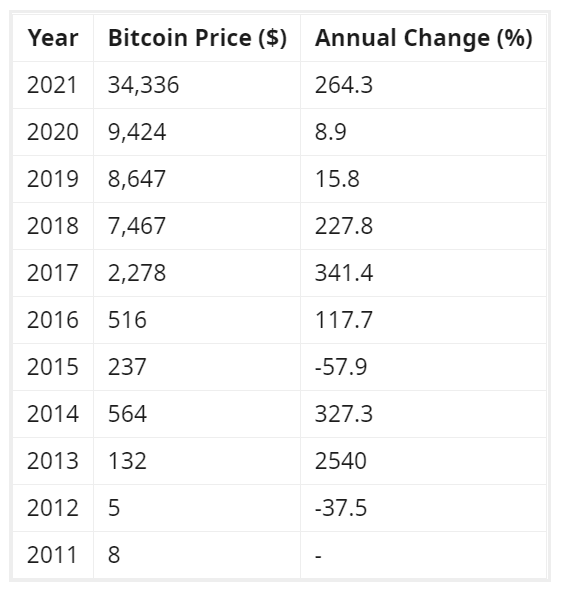 Bitcoin has risen by almost 264% in value compared to a year ago. Rising to $34,000 from $9,400 a year ago and despite the jaw-dropping price swings bitcoin has managed to continue on an upward trajectory, and in the past year one major shift seem to have been the primary driver,

In this past year, bitcoin saw significant interest from institutional investors. According to bitcoin treasuries, about 8.08% of the total bitcoin supply is currently held by institutions. These include publically traded companies, private companies, governments, ETF like firms that mainly deal in crypto trading and investment.

Greyscale, a digital currency investment firm is perhaps the biggest investor in bitcoin investing a whopping amount of $22 billion in it and ultimately becoming owners to 654,885 BTC or 3.12% of the total bitcoin supply.

Microstrategy and Tesla too made global headlines when they announced their support for bitcoin and invested a sum of $2.2 billion and $1.5 billion respectively. 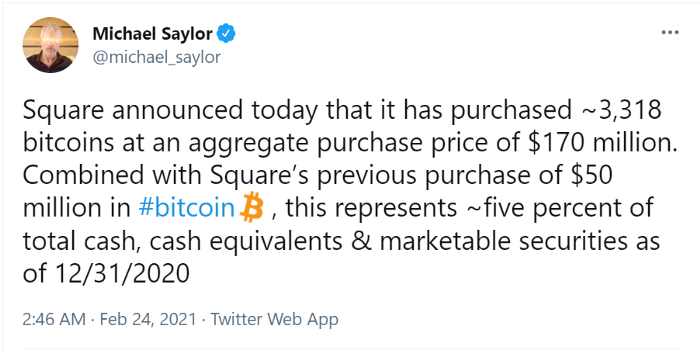 And the list is only increasing as more companies are expanding their asset class to include cryptocurrency.

What's even more interesting is that this is creating a crypto FOMO [fear of missing out] within the industry causing even more companies to look into crypto investment.

“If you’re an asset manager or running a macro fund and your closest rivals are all investing [in cryptocurrency] and seeing material returns, your investors will naturally wonder why you are not investing [in the asset class] “— Mathew McDermott, Goldman Sachs’ global head of digital assets

With growing interest in bitcoin and other cryptocurrencies, major banks have also started to greenlight its inclusion as an asset class. According to Goldman Sachs, Bitcoin is now considered an investable asset, while, Morgan Stanley is set to the first major US bank to offer its wealth management clients access to bitcoin funds.

How did the institutions play the price drop?

What's even more interesting is that despite the recent bitcoin price drop of almost 50% from an all-time high of $64,000 which was fueled by two back-to-back bombshells, Musk discontinuing bitcoin payment for Tesla due to environmental concerns and China banning companies from dealing with cryptocurrency, institutional investors have held firm to their investments.

Many analysts and crypto veterans agree that much of the price volatility that bitcoin saw in the past weeks was propelled by retail investors.

“Institutions generally have long-term goals, so if anything, they would use recent price swings tactically — and most likely to buy into the market at lower prices.” —Freddy Zwanzger, Anyblock Analytics GmbH’s co-founder and chief data officer

Bitcoin is on the path to mainstream adoption as more institutional investors open their doors to this digital currency.

It is slowly seeing itself emerge as a new asset class something which can no longer be overlooked by central banks and key financial players.

The past year was a transition moment for bitcoin and cryptocurrency as hedge funds and large asset managers looked for ways to protect themselves from the rising inflation and devaluing fiats and digital currencies proved to be a safe haven.

$54 billion of money is invested across 120 cryptocurrency funds. A year ago, the total figure was $3.5 billion across 89 funds. — James Butterfill, an investment analyst at digital asset specialist Coinshares

Despite the growing interest, the risks involved with cryptocurrency are very real. Lack of regulation [ironic as digital currencies are designed to be inherently self-governing and unregulated], environmental impact, price volatility, lack of technical understanding of the technology, are a few challenges that hinder its acceptance.

And as cryptocurrency goes more mainstream these are some of the challenges it will have to address. But one thing is certain that bitcoin and digital assets are here to stay. 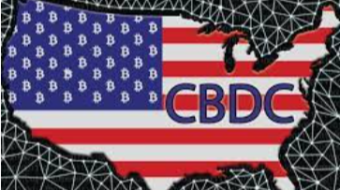