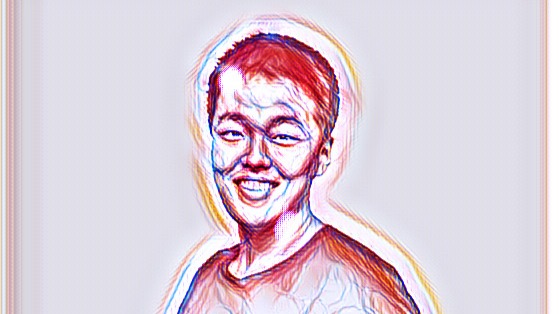 I know it sounds counter-intuitive and I know we're taught that the opposite is true but the truth is leaders are always a by-product of their environment.

They emerge from the crowd because they're clever and charismatic and, in some cases, fanatic enough to personify the needs of the masses they represent.

I was born and raised in a country where one prominent political leader made headlines for nearly 30 years, nearly every day. Fifty percent of the country loved to hate him and the other half hated to love him. But he was actually the perfect embodiment of the average citizen of the country in question. Even though no one wanted to admit that.

He was a rascal. Mischievous and decadent, with a badly concealed disdain for rules and an almost unnatural tendency to try and f**k anything that moves.

For a very long time, the average citizen of the country he was in charge of was exactly like that... until they no longer were. Which is one of the reasons why today he's been replaced by drastically different politicians. And the reason why the people who once voted for him, are now supporting politicians with vastly different ideas.

In a democracy, when leaders no longer represents the will of the people, they get voted out. In a dictatorship, they get killed. Literally, oftentimes.

Nicolae Ceausescu is a perfect example of this. He was a ruthless dictator and remained in power for a long time and yet, when the will of the Romanian people changed to the point where they could no longer tolerate him, they simply killed him. Literally. All the power in the world couldn't save him.

I apologise for the slightly geopolitically-infused off-topic rant but I needed to talk about Terra Luna's Do Kwon and Bitcoin's Satoshi Nakamoto.

I obviously don't know Do Kwon personally but it takes around 30 seconds going through his Twitter feed to see why people call him 'controversial', and now that my UST is worth about one tenth of what it's supposed to be worth, I can candidly admit I wouldn't have touched anything Terra-related with the other end of the stick, had I been paying more attention to the way Kwon interacts with the community.

The two most influential people in crypto are (arguably) a scrawny Russian-Canadian kid and a faceless pseudonym with a Japanese name and we, crypto people, aren't following them. They're following us.

Satoshi Nakamoto has never touched any of his/her/their BTC because he/she/they know that's what we expect. We believe in Bitcoin's (nearly) perfect decentralisation.

As for Kwon, he's been throwing his bombastic personality all over the place since the Terra disaster but at the end of the day, he had to do what the community wanted him to do. And things are only going to get more... complicated for him, because he can't just say "I lead, you follow".

Sooner or later, one way or the other, probably painfully for all parties involved, but eventually he's going to do more or less exactly what the Terra community wants him to do.