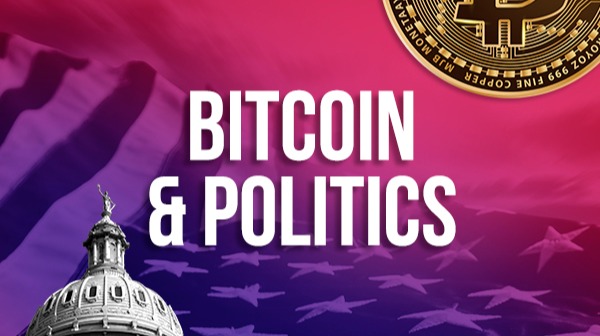 Bitcoin and Politics in the Lone Star State

I am on a journey to ensure that every candidate in the 2022 congressional midterm election is well aware of Bitcoin. My desire is to connect with each one of them and hopefully speak with them directly.

In addition, my goal is to ensure you are aware of where they stand on Bitcoin and other interesting facts leading into the primary runoffs and general election. This article will provide a high-level look at the primary and the plan is to cover every primary going forward including the general mid-term election.

I am from the great state of Texas and you know what they say, everything is bigger in Texas and it’s true. This midterm election here will be focused on the House of Representatives since the Senate candidate's term is not up until 2024. Texas has 38 House congressional districts, second only to California. However, Texas was the first state to hold its primary election and it was zesty! Several districts are headed to runoffs which should make for quite a bit of media fodder. There are 87 candidates in the running for Texas seats in the midterm election this November.

Most candidates immediately won their primaries by having over 50% of the vote, but there were several that didn’t reach that level and will have to run against those candidates that received the second-highest amount of votes.

I’d say the district runoff that is getting the most attention is the district I grew up in, District 30. On the Democratic side, we have the heavily favored Jasmine Crockett running against Jane Hope Hamilton.

This is going to be a very contentious runoff. Why? Well, this is where the spice begins. Within the last weeks of the primary season, it’s been reported that two Crypto Pacs poured $2M into the race in support of Jasmine Crockett. However, there is more to it than meets the eye. The question on everyone’s mind continues to be why these crypto PACS donated to her campaign? I’ve yet to have anyone explain to me or the press why she was chosen.

From my research and in the article from the Dallas Morning News linked above, it doesn’t appear that Jasmine has a public position on Bitcoin or Cryptocurrency. So why are these organizations supporting her and why this district? All eyes will be on May 24th when the runoff election will be held.

Americans, especially Texans, love and support Veterans. As a Veteran myself, it’s great to see those who served in the military continue to serve their country in a different way. There appear to be twenty Veterans in Texas who are running for office: Air Force (3), Army (9), Marine Corp (4), and Navy (7); as a Navy Veteran, I’m happy to see all the Navy candidates - Go NAVY! Incumbents make up: (4) Navy, (2) Army, (1) Air Force, and (1) Marine Corp.  There doesn’t appear to be any correlation between being a Veteran and being elected. Several Veterans are in run-offs and their odds are not looking good in the general election even if they do win their run-off in May.

Candidate websites list the issues they are focused on, from my research these appear to be the top issues:

There are nuances in each of the categories above. When it comes to healthcare, Democrats want more healthcare options for the poor, and healthcare for all. Republicans generally do not support the Affordable Care Act but do support other changes in healthcare.

As it pertains to Energy and the environment, Democrats mostly focus on green energies. Republicans focus on green and 'energy independence' including drilling for more oil to reduce reliance on other countries for energy. At the same time, Second Amendment rights are tied, with most Republicans willing to fight against new restrictions against gun ownership and Democrats generally seeking smarter, safer gun laws.

As I began to evaluate the candidates, I wondered if their social media activity (primarily Twitter) and engagement had any bearing on if they could win the election or not. Of the 87 Candidates, 14 don't appear to have Twitter accounts. Of those that do, Dan Crenshaw (TX-2) has the most followers with 685,949 at the time of writing. He appears to be quite popular on Twitter. His Democratic challenger Robin Fulford only has 988 and based on a vote differential of 28,703 (if the same voters keep their votes) she will not be successful in Nov.

As I analyzed deeper, there might be a correlation between Twitter followers and votes. Of the 87 candidates, only two had more Twitter followers than their competitors who received more votes than they did in the primary election; note - one of these was a race that is too close to predict, and the other a complete blowout because it was against an incumbent.

Speaking of incumbents, only one is in a close race, Henry Cuellar (TX-28) who is in a runoff against Jessica Cisneros. While she has more Twitter action, he still pulled in 1,005 more votes in the primary; this is one to watch.

We operate in a democratic system where the majority of votes determine the winner; sometimes. IF that holds true, based on the votes in the primary, I project the following candidates to be the winner that will advance to the general election in Nov; unless a miracle happens between now and May 24th:

As you can see Jasmine’s enormous lead does make you wonder had the Crypto Pacs had not gotten involved if that would have been less. Is TX-30 up for sale? If so, then why?

“Candidates are required to ‘file a Financial Disclosure (FD) statement once they qualify as a candidate by raising or spending more than $5,000 in a campaign for election to the House of Representatives.’ Candidates who never exceed the $5,000 threshold are not required to file an FD Statement.

If you qualify as a candidate during an election (even-numbered) year, then you must file an FD Statement within 30 days of becoming a candidate or May 15 of that year, whichever is later.”

HOWEVER… ‘There are two exceptions to this general rule: First, a qualifying candidate must file no later than 30 days before any election (including primaries) in which the individual is participating. Thus, if you become a candidate on January 5 in an election year and the primary is on April 22, the report is due by March 23 (no later than 30 days before the election).

Second, if a candidate crosses the $5,000 threshold within the 30-day period prior to an election, the candidate must file the FD Statement immediately after the campaign raises or spends more than $5,000.’” So either the candidates have in fact filed their disclosures and the clerk's office hasn't made them public, not required to file a disclosure, or they have not filed; if not,  why?

While I have not been able to determine if the candidates HODL Bitcoin, two candidates are publically pro-Bitcoin:

Pete Sessions (TX-17) who is the incumbent - has pinned a tweet that said: “Bitcoin is aligned with American values and will strengthen the dollar.”  In addition, he also believes Bitcoin mining will be beneficial for America’s energy independence, according to CryptoPotato. However, Rep. Sessions doesn’t directly mention Bitcoin on his issues page.

Dr. James Rogers (TX-30) on 23 Mar tweeted: “Beyond thrilled to get this endorsement from @txblockchain1! I am a relentless advocate for #bitcoin and only plan to get stronger once in Congress!” Unlike Congressman Sessions, Dr. Rogers outlines how to utilize Bitcoin on his website.

Both pro-Bitcoin candidates so far happen to be Republican and Rep. Sessions is the incumbent and will most likely remain in office. The same can’t be said about Dr. Rogers being a Republican in a heavily Democratic district, possibly running against Jasmine Crockett who does have the support of two Crypto Pacs.

So there you have it folks, a big picture view of the Texas election for the House of Representatives and where candidates stand on the topic of Bitcoin. Now the hard work begins as I make an attempt to reach out to each of these candidates to share relevant content with them about what is happening with Bitcoin and other Digital Assets.

I am not alone in this challenge. HODLPAC is making a strong go at helping raise funds for candidates who support Bitcoin. While I know it’s important to raise money for candidates, I oppose all the money raising that must be done for elections.

People give their hard-earned money, many times to very wealthy people, to sling mud at each other in an attempt to show why they are better positioned to serve the people.

In addition, I believe those funds might not be used as efficiently as possible; how interesting would it be if we could see where every candidate spent funds?  We need campaign finance reform in a big way!

I strongly encourage you, if you live in the United States, to reach out to your Representatives and Senators - and share with them why Bitcoin means freedom. Together we just might be able to orange pill the entire class of 2022!

A daily brief about events happening in the world of Politics around the globe as it pertains primarily to Bitcoin.