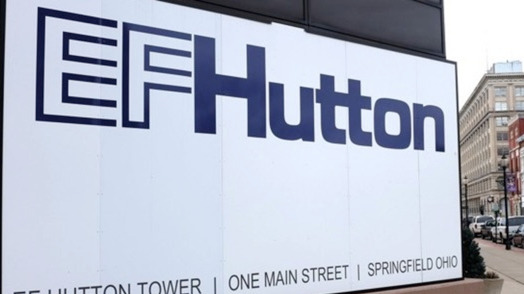 EF Hutton to Rate Cryptos as a Service for Clients

Famed stock brokerage firm and HUTN Inc. subsidiary, EF Hutton, has announced that it will offer a cryptocurrency market research service to clients. According to the firm, this research will be aimed at providing users with rates and insights as a way to aid “rapid development.”

Hut 8 Mining and Hive Blockchain Technologies will be the first blockchain firms to be covered during the market research. The subscription-based service is the firm’s first attempt to join the virtual currency market and will provide subscribers with the following:

As the digital asset market continues to grow, more investors are entering the space. However, the percentage of people who own cryptocurrency is still relatively small. Without an increase in this number, mainstream adoption will remain slow.

As EF Hutton has seen, one factor that contributes to slow adoption is the lack of proper research on the various assets and firms in the industry. The market is extremely volatile and the entire scene is saturated with as much fraud and theft as there is a legitimate trade. This puts a lot of fear and pressure on new investors who wish to enter the space.

According to the press statement by EF Hutton, it is currently the only nationally-branded financial firm to offer this much-needed type of advanced research in the cryptocurrency industry. The firm has analyzed the problem thoroughly and will offer its solution with different payment plans on its website. Using its new rating and scaling system, it hopes to provide better insight that will help all market stakeholders make more informed decisions.

What is the Rating Scale and System?

EF Hutton researchers plan to review cryptocurrencies based on a scale of one to five, with five being the highest rating and one being the lowest. Each asset will be awarded a number of stars that corresponds to its rating. This will make it easier for users to view each cryptocurrency by a general rating instead of trying to organize complex data to form their own conclusions.

The firm will start with the largest cryptocurrencies by market cap, including Bitcoin, Ethereum, Ripple, EOS, Litecoin, Bitcoin Cash and Cardano. All research will be based on the short, medium and long-term factors that affect the prices of these assets. Ratings, on the other hand, will be based on performance over the next year. This way, the company can see how each asset measures up against others and even overlaps them.

What is EF Hutton?

EF Hutton is an old and highly respected name on the Wall Street brokerage scene, with more than 19,000 employees during its peak in the 1980s.  It was founded by Edward Francis Hutton and his brother, Franklyn Laws Hutton in 1904 and served as one of the largest and most respected brokerage firms in the US before a series of setbacks. EF Hutton was also known for its famous advertising campaign: “When E.F. Hutton talks, people listen,” which became one of Wall Street’s most popular chants.

In 1987, the firm was caught committing check fraud by writing new checks to serve as repayment for old ones. This type of fraud is known as Kiting and guarantees that a firm can get interest-free loans. The scandal, in addition to the stock market crash of 1987, led to the firm’s decision to sell.

It was acquired by Lehman Brothers for an estimated $1 billion that same year and the company name faded away. The firm was quickly assimilated into Citigroup and the Smith Barney brokerage, which eventually became a part of Morgan Stanley Smith Barney. In 2008, Citigroup sold its ownership of the brand and in 2012, a small group of EF Hutton former executives tried to relaunch the brand as a boutique investment advisory firm.

The group, led by Frank Campanale, hoped to revive the EF Hutton name, while banking on past glory to attract brokers and customers. Unfortunately, the plan fell through and the project was abandoned in favor of a Lebenthal & Co. revival. According to InvestmentNews, he is no longer involved with EF Hutton in any way.

EF Hutton has managed to come back into the financial services industry by providing online investment services and advice to customers. It’s slowly remaking a name for itself with a stronghold in blockchain research. The firm also announced that it has created its own utility asset known as Meggacoin with the aim of raising millions of dollars.

The Meggacoin announcement was the firm's third concerning cryptocurrency within the same month. Its plans for its token show that not only is EF Hutton willing to act as a major researcher, it is also looking to get in on the industry action. 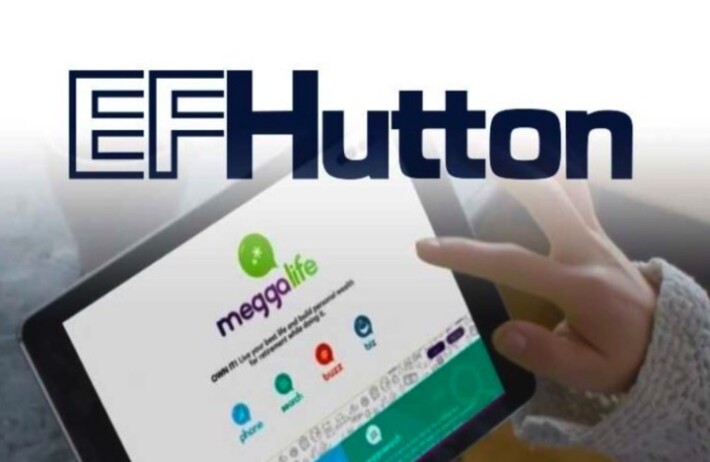 Meggacoin will function as EF Hutton’s main utility asset and will leverage the 114-year-old brokerage’s name to raise a reported $60 million for HUTN Inc., its parent company. Users will receive tokens as compensation for the time spent using various Megga Life social media apps, including Meggabuzz, Meggamigo, and Meggaview. The firm claims that the purpose of the social media apps is to generate advertising revenue.

Setting up an EF Hutton account to acquire these coins will cost users a one-time payment of $5. According to the firm, users who accumulate up to 20 million Meggacoins can redeem them for cash which is held by MeggaTrust, an independent trust run by intermediary trustees.

There have been recent suspicions concerning what giant social media companies do with user data. The situation is so serious that Facebook CEO, Mark Zuckerberg, had to testify before Congress in April 2018 to clear up some of these suspicions. He admitted that although Facebook does not sell user data, the company profits off it.

EF Hutton claims that it will use Meggacoins as a way for users to profit off their own social media activity, instead of leaving profits to only the social media firms. To this effect, the firm plans to issue $60 million worth of cryptocurrency tokens in January 2019. The proceeds generated will be allocated to marketing, technology, debt redemption, and other corporate expenses.

In just one month, EF Hutton announced plans for three different cryptocurrency-related services, aimed at fostering adoption within the field. While this is a completely different scene than what the company was known for in the past, it may offer the boost it needs to launch itself back into the spotlight.

There is a lot of skepticism around virtual currencies, with several prominent personalities predicting a market crash. This is partly due to the erratic behavior of investors who pass through cycles of intense optimism and fear. The lack of research means that these investors, especially new ones, follow the herd without having adequate knowledge of how the market truly works. An advanced research service may contribute to alleviating that problem. This is why EF Hutton has decided to talk, but will anyone listen?

Article brought to you by the MintDice Bitcoin Dice gambling game. Originally posted on MintDice.