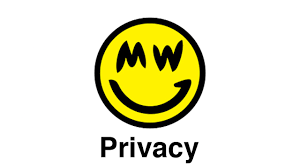 You're probably keeping an eye on the market and finding it fascinating how much of a buzz NFTs have created in the crypto world. Artists are once again being popular! Cryptocurrency is slowly but steadily infiltrating all aspects in existence. I have a handful of NFTs; I'm not sure how much they're worth, but it's not much. The NFT craze has quickly eclipsed DeFi, which dominated the patterns a few months ago.

But, before DeFi and NFT ventures ignited interest in the crypto world, before proof-of-stake coins hit the scene and presented the idea of ‘passive profits,' which was well accepted by cryptocurrency fans, before any of these ideas made the headlines and reached number for a long time, allowing huge returns for early buyers, privacy coins were quite cheap.

Apart from crypto and blockchain technologies, privacy tends to ascend the ladder in the hierarchy of human social needs. Despite being branded as a miscellaneous and social necessity, privacy may be more important than you realize. The fact that McAfee ate his words (on bitcoin price) rather than his D...but still maintains his position on the value of good anonymity in cryptocurrency transactions emphasizes the importance of privacy; at the very least, he won't have to eat his words this time.I believe he still holds a significant amount of Monero (XMR), that he purchased some Deep onions, or that he dumped his bags for his privacy coin Ghost; in any case, he remains a big fan of privacy...just like any of us.

Privacy coins were a constant sensation in the crypto space due to the increasing importance of privacy in our modern world, and the various work-arounds employed by privacy coin ventures to provide absolute or partial privacy were remarkable enough to give them the recognition they received when they first appeared. The connection between privacy and confidentiality has made both concepts more valuable. From bitcoin's dull long addresses to monero's Ring signature protocol and Deep onion's deep send protocol, not to mention PIVX's zerocoin protocol and NIX's ghost protocol, privacy coins use a number of work-arounds to keep transfers safer and as secret as possible.

Every unique privacy coin got a lot of love from cryptocurrency investors, and the launch of the mimblewimble privacy protocol, like any other privacy protocols, has investors clamoring for projects that utilized it. Mimblewimble is a privacy protocol that gathers a vast number of transactions into a single nonsensical bundle. It's incredibly difficult to decipher the big, disorganized stacks of transactions. Since a snooper would have a tough time sorting this kit to trace transactions, it is known as a secure privacy option because the eavesdropper will be unable to decode single transactions.Despite Grin coin being the first to tease the creation of a coin that uses the mimblewimble protocol to enhance transaction safety and security, Beam privacy coin was the first to formally employ the protocol.

Let's say you're getting a flashback to when this all happened: the monero days, the verge patterns, grin coin was already a sensation, beam had a string of profits, and don't forget dash and Zcash. Many non-privacy coins made brave moves to include privacy as a feature...everyone wanted to be a part of the movement! 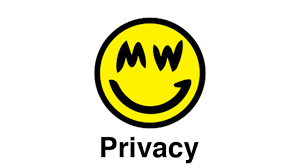 Okay, let me be clear: I'm not trying to encourage privacy coins or propose that you add them to your portfolio, but when blockchain technology progresses, our eyes would eventually be drawn to privacy-focused cryptocurrencies once more.

Humans need for privacy has been steadily increasing, and with each passing generation, our need for privacy grows ever stronger. The ability to remain private is inherent in humans, well, most people, from brick wall demarcations to constructing our houses on the hills far away from the common views. Every transaction is simply anonymous and the owners of the addresses can hardly be traced. Most (every) cryptocurrency wallet address are dull codes and hardly carry the identity of their owners (unless they plan to provide this for blockchains that include such a feature).However, this may only be the beginning of our need for privacy; in the not-too-distant future, we may come to resent the fact that our purchases can be tracked at all, even though they can't be traced to us in person. We would like to go ‘ghost' in the near future, if only for the sake of having fun. This is the primary explanation why privacy coins were popular in the first place, and a repetition is unlikely.

Unfortunately, monitoring services have built methods of tracing transactions to the sender, even if the cryptocurrency address layout renders it challenging (impossible) to identify the exact signer of a transaction, particularly when these transactions are made by very significant entities or coin holders (s). In this situation, the privacy of certain organizations or individuals is absolutely violated, perhaps against their will. It will only be a matter of time before they work out ways to bring an end to this and reclaim their privacy.When there is a large sum on the move from well-known institutions, onlookers are likely to experience a range of feelings and reactions, which is a significant source of market volatility. If these affected organizations or people wish to put an end to it, the only choice is to use privacy coins. Those institutions still have ample clout to convince other cryptocurrency enthusiasts to take the same course... coins in anonymity

The latest buzz is about DeFi and NFTs, so what if DeFi finds a way into privacy blockchains? What if the artists who produce digital signatures are mindful of the need for privacy as well? Isn't that an explosion? Yes, of course. It's protection, anonymity, and decentralization with DeFi on privacy blockchains, three of the most sought-after virtues of everyday finance. Artists who sell high-priced NFTs may choose to do so anonymously. If these events arise, privacy blockchains will certainly return to their former glory. If these blockchains are flexible and deliver low transaction costs in addition to smart contract functionality, privacy coins will not only prosper, but ethereum's days could be numbered as well.Isn't it just a dream? However, dreams do come true... particularly in the field of cryptography.