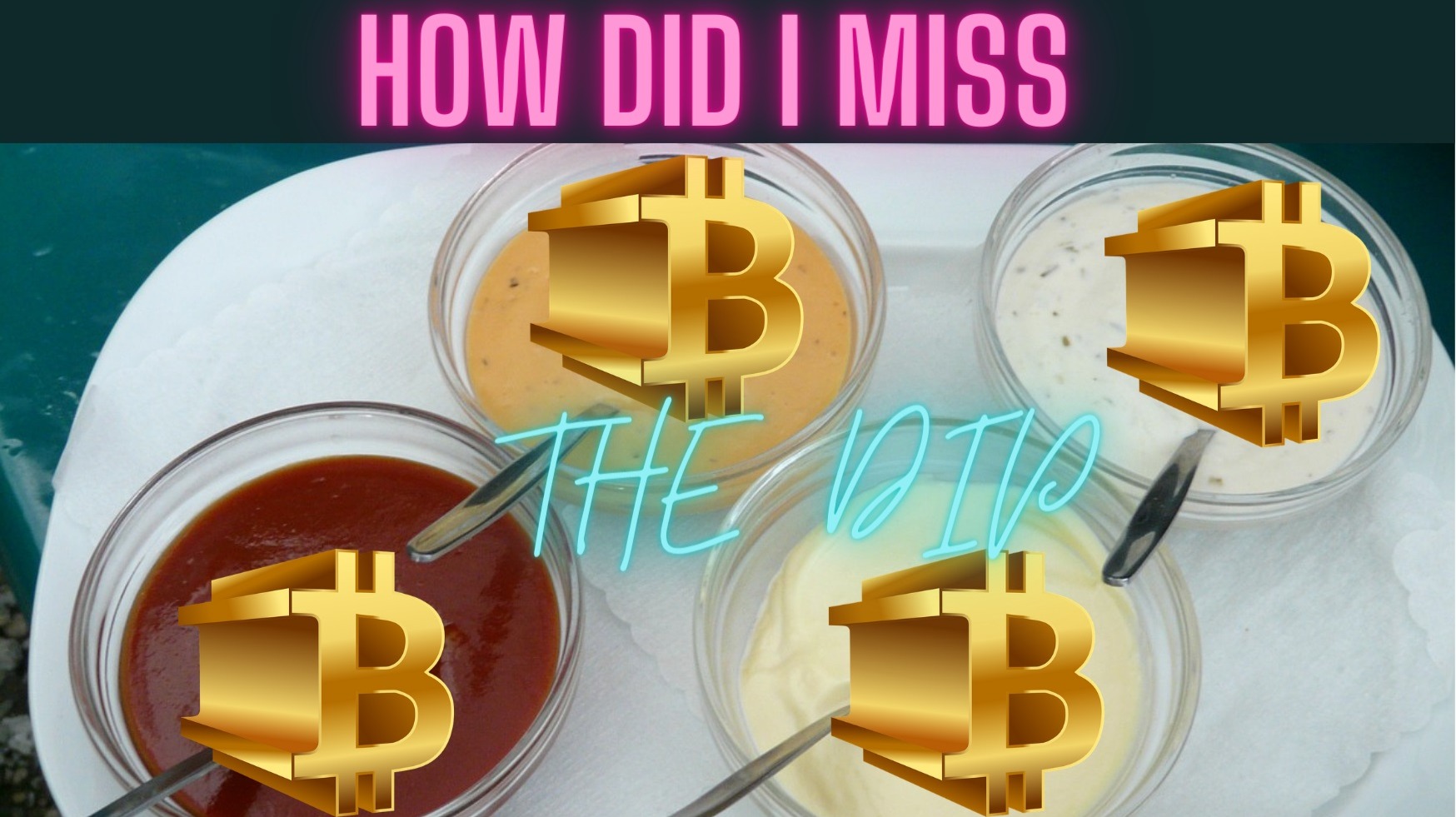 Why did I not see this coming?- This Dip happens every 4 Years

Why did I not see this coming?

Why did I not wake up and smell the Dip?

Why did I not listen?

This dip, the one we are in now, the one I expect is not over until we reach 24-21K BTC was so obviously headed our way.

I know I mentioned this in my previous article, but I need to vent a bit more because I do not get it.

Well a couple of weeks ago I posted this picture: 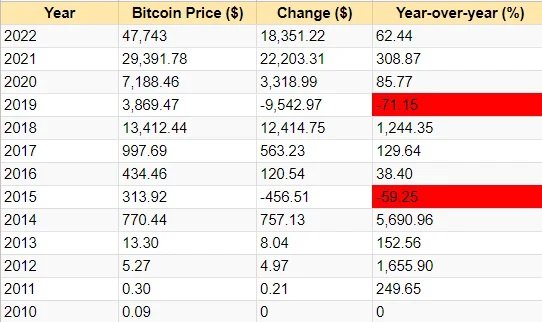 Highlighting the only two times that BTC did not end a year positively.

Do you see it?

Okay if not here is the clue:

So which year is next to be in red?

Right 2023, it´s very likely that starting 2023 Bitcoin will not be above 47.743 dollars. It might look possible from our current position @32K, but I do not expect that position to hold.

Well, I am not sure if I am bearish or finally reading the signs right. But it looks like the cycle is perfectly on track and that would mean we should dip near or below the 200-week moving average.

Yes indeed, last 2 times we broke the 100-Week Moving Average we went down all the way to the 200-Week. And although some people say it´s different this time around I do not see it. 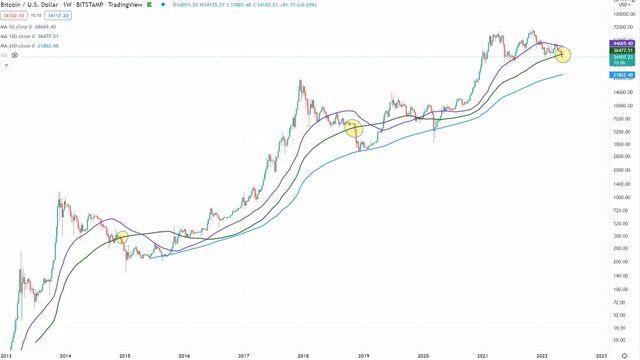 I see a ATH, a long downtrend. a painful deep dip and a road to recovery. As you can see we do not break that 100-week trend that often. But each time we do, we touch that 200-week moving average. 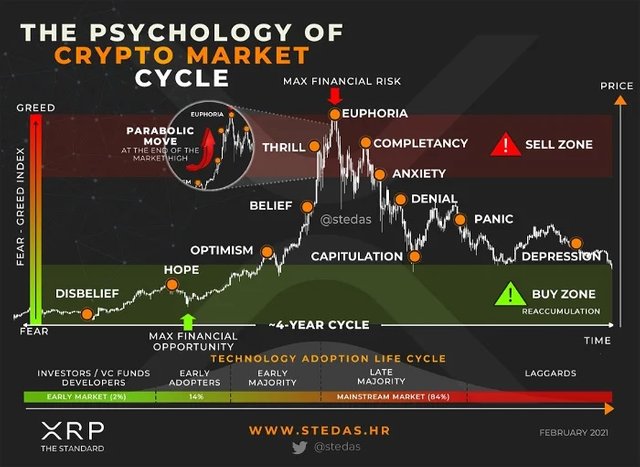 So it does not matter if investors are institutions or techies they are all slaves to the market's psychology. And many of them were in denial till this week.

I for one was, I expected to be at a very different point till that 100-WMA got broken. That was the point that all warning lights started flashing "Dip Incoming".

Last couple of days the market has capitulated, which matches very well with the expectancies we should have had for 2022 if we did not believe in the extended cycle or SuperCycle fairytales.

Now there is nothing to worry about, you are all smart investors and nobody has invested money they were not willing and able to live without.

Ooph, that´s so good to know that nobody got seriously injured during this crash....because as you can see on all previous charts the pain has just started.

The 200-Week bottom is around 21K and if we just capitulated there is still some downhill trend to the point of disbelief.

The only slightly positive chart would be the BTC realized price chart.

Really, there is some positive news?

Nope, there is non I was just kidding you, this chart is even worse as you see that in the past during those dark periods BTC traded 20-25% below its realized price (average price paid per Bitcoin).

Now the current realize price is 24.8K and probably 25K by the time we will dive below it. 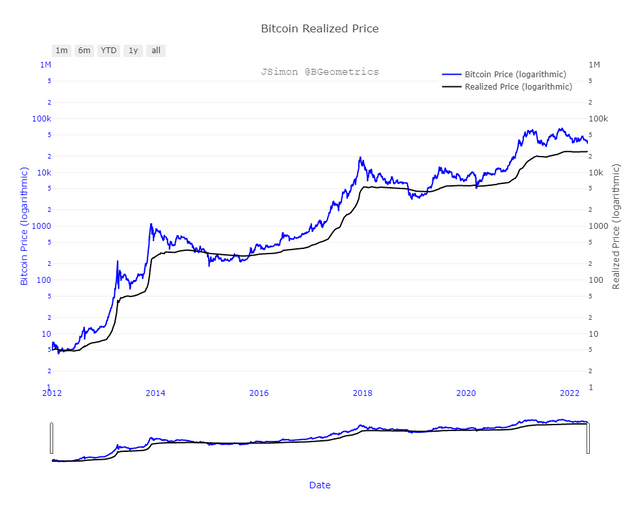 Which would set the bottom, again at around that 21K Bitcoin and there is nothing you can do about it anymore. You could have seen it coming, but being human you were blinded by hope and greed and now you are too late.

Well, let me end on a real positive note, if this all plays out and I expect it will, there will be a shining pot of Bitcoin at the end of the rainbow. We can fill up our bags, buying the only real dip and bottom in the 4 years to come.

Thanks for the read, and remember hitting the like button is one of the few free things in life so give it a try.