KITTIEFIGHT!!! - Kick a CryptoKittie to the Curb and Win ETH Prizes

KITTIEFIGHT!!! - Kick a CryptoKittie to the Curb and Win ETH Prizes

Personally I wasn't overly interested in them at the time.  But "KittieFight", the most recent addition to the CryptoKittie universe, in the form of a platform that allows you to pit Kittie-against-Kittie.  In Mortal-Kombat style death-matches.   In attempt to win cryptocurrency prizes, in the form of both Ethereum, and KTY tokens.    Well, that's a little more interesting to me.

In my home town I was the Street-Fighter 2 "KING" back in the day.   Or so I like to believe.  Whether challenging friends down the local arcade with a pocket full of coins.   Or later on the SNES.   I had all of the special-moves down perfect.  From fireballs to fatalities.    And being that I wasn't a huge fan of the CryptoKitties the first time around, the idea of kicking a few to the curb, isn't without appeal.  Especially if I can get rewarded in cryptocurrency for doing just that...

As mentioned above, one of the interesting mechanics of CryptoKitties, for those who aren't aware, is that you can breed them.  Generating more CryptoKitties from those that you own.   Each in turn being an NFT, or non-fungible token/asset, issued upon the Ethereum Blockchain.  Which while being pretty cool, has led, even in the platforms relatively brief two-odd years of existence, to an abundance of CryptoKitties on the market.  With the problem of over-abundance being one of the issues that KittieFight aims to solve.  By sending losing Kitties to "Kittie-Hell".  Which is, in my understanding, tantamount to a "token-burning" (i.e.that Kittie is essentially lost forever).

Conversely, the current plentiful supply of CryptoKitties means that, while some (particularly generation 0) are still listed for sale by sellers on the market for prices into the hundreds of thousands of dollars, others, can be snapped up for as little as around 20 cents.  So should you be needing some fighters to pit against the Kitties of others in the ring - there are certainly plenty of budget-friendly Kitties just waiting to be scooped up, and sent to the arena to test their metal. 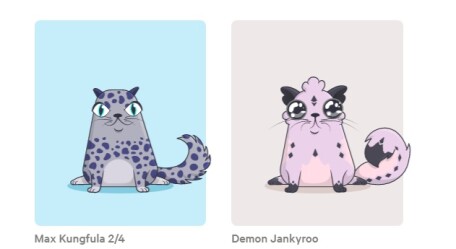 Perhaps you'll meet them, or one of their offspring, upon the fields of battle in the coming days...

KTY tokens are the native currency of the KittieFight platform.  And should CryptoKittie fighting be something you see being a big part of your future - you might want to check out the KittieFight ICO which went live today.  KTY tokens are an essential part of the game, and by supporting the KittieFight ICO not only will you be helping the devs to move this rather unique blockchain platform forward, you'll also be eligible for all kinds of bonuses that will leave you well positioned to become a KittieFight champion.   And with Esports and blockchain-gaming both set to explode in the coming years, well, who knows where that might lead...

Check it out HERE.

Or alternatively head on over to the KittieFight platform to learn more HERE. 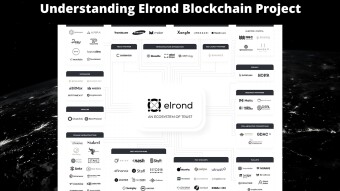