The Tale of malevolent operator

Imagine that one day, a malevolent and very rich operator decides to lock a large value of Bitcoin (clearly higher than a coinbase + tx fees) in a private key protected by bip38 that is not "impossible" to decrypt (maybe with some hints). 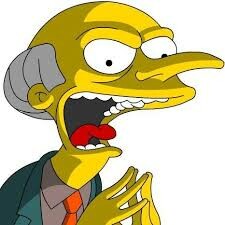 Why miners should continue to use PoW to search new blocks from main network and not use their computational power in the search for a much greater treasure?

The answer is simple.
The private key in question, (not encrypted with bip38) is already owned by the malicious operator.
He is the owner of the private key without a password.
As the term implies, he has little trust and practically tries to implode the network (worse than worse).
But he could at any time transfer the funds and make the treasure hunt ... a rip off.

It is more a sort of trap to waste computing power / time, and in the meantime he makes money using mining power in main network.
Because hypothetically if other miners had "faith" in this research, and decide to trust the malevolent operator, a sudden power failure of the network could occur with blocks that are confirmed in a much longer time than the average of 10 minutes, until the difficulty is adjusted.

There is a clear advantage since malevolent operator is rich enough to use his computing power.
A direct attack to blockchain would affect his wealth in btc because it is a damage for the network, another good reason not to trust.

Moral of the story:
Bitcoin is also based on trust and not just on math.
Not only do we trust the network / transactions / blockchain, but we trust whoever wrote this code.
We also have faith in whoever audits, or is able to understand the code for us.

The tale has been originally posted in bitcoin talk - Italian section