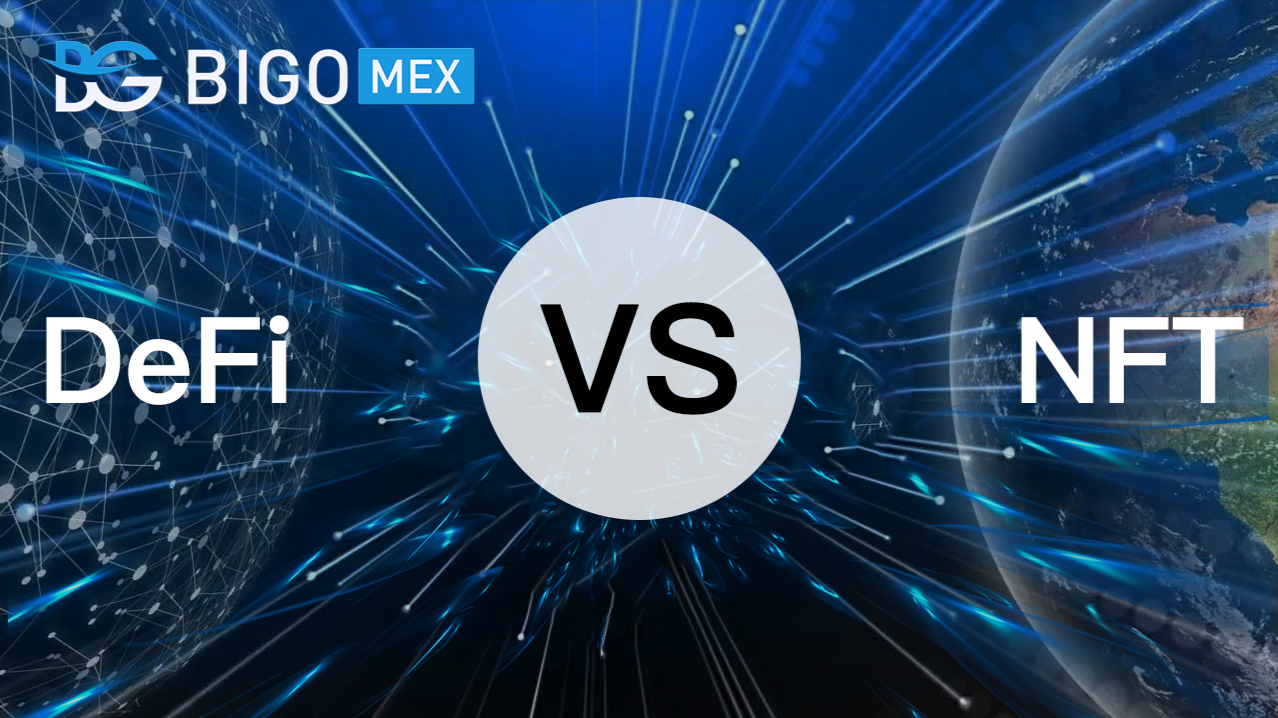 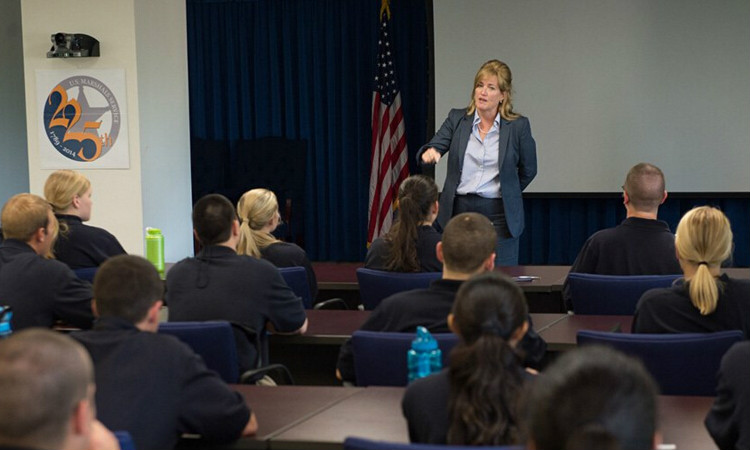 The Commodity Futures Trading Commission also took note of the innovative distributed ledger technology called "blockchain". In a speech at the end of 2015, the chairman of the US Commodity Futures Trading Commission Timothy G. Massad (Timothy G. Massad) and committee member J. Christopher Giancarlo (J. Christopher Giancarlo) each evaluated the blockchain The potential impact of technology on the financial ecosystem.

At the CFTC meeting to be held on January 26, the committee will also focus on the impact of blockchain derivatives on the market. The topic of discussion is "smart futures contracts". Committee member Giancarlo believes that the use of "smart derivatives" of blockchain technology will be able to achieve many innovations, including "real-time self-assessment, automatic calculation, execution of margin payment, and even automatic termination of contracts to prevent counterparties from defaulting."

In order to better understand the Bitcoin blockchain and other distributed ledger technologies, the CFTC invited Paul L. Chou, CEO of Bitcoin startup LedgerX, to join the Technical Advisory Committee (TAC). Paul Zhou is An experienced Bitcoin trading expert. The goal of LedgerX is to establish a regulated and reasonable futures market for Bitcoin market participants, which can accept investment from mainstream financial companies. The platform was supported by Google Ventures and attracted a group of celebrities in the financial world and members of regulatory agencies to the company’s board of directors, including former CFTC chairman Jim Newsome and former Ameritrade CEO Tom Lewis (Tom Lewis). Lewis), former CFTC commissioner Mark Wetjen (Mark Wetjen).

Bitcoin market is vulnerable to manipulation

As more and more self-certified Bitcoin derivatives contract transactions are conducted in CFTC-registered trading facilities, market participants should expect that the CFTC will be interested in the Bitcoin spot market and will review the market, especially the CFTC. The focus is on the issue of whether specific bitcoin derivatives listed for trading are susceptible to manipulation. This is a statutory requirement of the Commodity Exchange Act (CEA) that applies to all trading facilities registered with the CFTC.

Not long ago, the US Commodity Futures Trading Commission carried out enforcement actions on two platforms related to Bitcoin derivatives. One is Bitcoin futures trading platform Coinflip, and the other is Bitcoin swap trading platform TeraExchange. In the Coinflip case, the CFTC claimed that it has the power to regulate bitcoin-based derivative contract transactions, and Coinflip’s activities of trading commodity options without any registration did not comply with legal requirements, so the CFTC ordered it to close. In the TeraExchange case, the swap execution facility (SEF) in the derivatives trading market was involved. Because TeraExchange is a Bitcoin swap trading platform, the CFTC suspects that TeraExchange is suspected of false transactions, although SEF publicly announced specific Bitcoin transactions represent actual market liquidity, but the CFTC believes that TeraExchange has pre-arranged money laundering transactions.

The FTC has been actively investigating and cracking down on illegal activities related to index manipulation, including spot market transactions. The CFTC has just recently ruled a case involving multiple investment banks on the world market/Reuters foreign exchange trading (FX) benchmark. This case can be used as a reference for Bitcoin market participants.

The above cases show that the CFTC will investigate suspected attempts to manipulate the index used to settle derivatives contract transactions, even if the behavior is restricted to the transaction of the underlying commodity itself and is not within the jurisdiction of the CFTC. Therefore, with the development of the Bitcoin derivatives market, we may see that the CFTC's investigation will focus on monitoring the activities of the Bitcoin spot market and any behavior that has an impact on the Bitcoin price index, although the CFTC's jurisdiction is mainly Limited to Bitcoin derivatives.

Just as the CFTC carried out enforcement actions against Coinflip, it also revealed for the first time how it defines virtual currency under the Commodity Exchange Act (CEA). Should Bitcoin be regarded as a currency for regulation or other forms of property? This is a question that plagues many regulatory agencies in the United States (see September 30, 2015, Skadden customers warned that "CFTC establishes authority in the Bitcoin market" ). In the Coinflip case, the CFTC ruled that Bitcoin and other virtual currencies are commodities. In order to be consistent with other federal regulatory agencies, the CFTC did not determine that Bitcoin is "currency" (within the meaning of the Commodity Exchange Law).

Whether intentionally or unintentionally, the CFTC's legal analysis in the Coinflip case seems to imply that virtual currencies such as Bitcoin are "exempt commodities" (exempt commodities, referring to non-excluded commodities, commodities other than agricultural products, including metals, energy, and emission rights) . Treating Bitcoin as an "exempt commodity" prevents Bitcoin operators from relying on certain foreign exchange transaction regulatory exemptions in the CEA. In its analysis, the CFTC pointed out that Coinflip's Bitcoin options are illegal, in part because they cannot rely on "trade option exemption". This exemption only applies to options for exempted commodities or agricultural products (non-excluded commodities such as currencies). It is worth noting that when the CFTC determined that Coinflip could not apply for an exemption, the CFTC did not mention that the exemption from trading options does not apply to "excluded commodities." On the contrary, the CFTC believes that Coinflip cannot rely on the "exemption of trading options" because the participants of the Coinflip platform do not meet the requirements of the exemption, that is, the buyer of the option must be a commercial user of Bitcoin.

This clearly shows that if the buyer of the option is a commercial user of Bitcoin, then a Bitcoin option can satisfy the "exemption from trading options", and therefore, Bitcoin can only be an "exempt commodity." This conclusion also has other implications: Bitcoin business users (for example, retailers that accept Bitcoin payments, miners involved in Bitcoin mining, or Bitcoin merchants) can request "trading option exemptions." Similarly, as an "exempt commodity", Bitcoin forward contracts that cause Bitcoin to be traded between commercial market participants may be excluded from the jurisdiction of CEA and CFTC.

As long as participants' interest in bitcoin derivatives still exists, the CFTC is likely to continue to actively regulate the market. Participants in the Bitcoin market should be prepared. The CFTC may insist on establishing its own authority in this market, even on issues that are indirectly related to Bitcoin derivatives. With the continuous development of blockchain technology applications, CFTC is likely to face more new challenges. Because many financial institutions have speculated that blockchain can significantly improve the efficiency of the collection of margin and collateral for derivative products and the efficiency of the clearing and settlement of securities transactions. Compared with other innovative technologies, Bitcoin derivatives and blockchain applications have more potential to test the industry and CFTC regulators in the next few years. 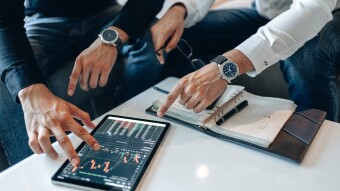