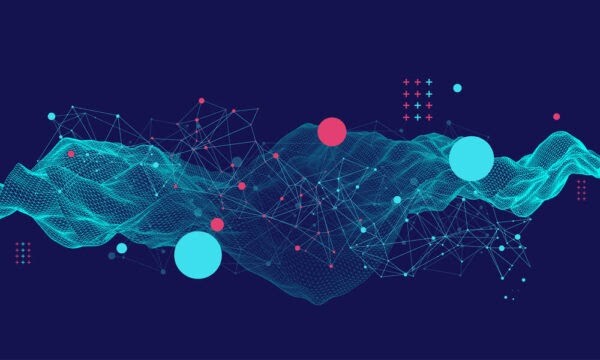 Who controls your data is a vital and growing concern these days. People are now fully aware of how the giant tech monopolies are extracting value out of users’ private information while they get nothing in return. Regulators, companies and users have all began to challenge the way this happens by limiting the invasion of privacy wherever possible. However, the potential of transferring value to users still remains allusive. Swash changes the paradigm by putting data monetization in the hands of the users themselves.

With Web 3.0 gaining ground, data is the new currency as anyone who has control over useful data can make a fortune by putting it to good, or even bad use. As the world goes increasingly digital, people are now genuinely concerned about safeguarding their data. In the current scenario, if one can exert control over their personal information and data generated by their day-to-day activities, they will not only decide on who can access it but also derive monetary benefits out of it.

The importance of user-generated data is not lost to the world, as many controversies in recent days have made people aware of the extent many online businesses go to plump up their balance sheets. When one speaks about such scandals involving gross misuse of user data by violating the users’ trust, the Cambridge Analytica- Facebook fiasco comes to mind. But again, what is the alternative to social platforms and online services like Facebook, Google and other big tech companies who gather user data by luring users in the pretext of free-to-use services. After all, there is no such thing as free lunch. And in this case, users are paying for these services by giving away valuable personal information including their most private moments for free to online platforms.

As companies grow hungry for user data, there have been attempts from various governments to keep them in check. Few regulations like the European GDPR and a more region-specific CCPA applicable in the State of California are positive steps in the right direction, but not foolproof. While these regulations safeguard a small percentage of the global population, a large number of people across geographies are left vulnerable.

The Internet of Ownership

Founded by a tech-savvy team of software developers, cybersecurity specialists, and blockchain experts in 2019, Swash uses smart contracts to establish a trustless and transparent ecosystem characterized by data governance, access control, token swapping and revenue sharing. While everyday internet users are the primary beneficiaries, Swash also enables businesses and developers to unlock incentive mechanisms in their own right.

In the case of businesses, for example, Swash replaces the expensive, low-quality data provided by intermediaries, with cost-effective solutions that are geared towards privacy, transparency and sustainability. In short, organizations pay less to access richer datasets without compromising their reputation.

Having already released a browser plug-in that enables more than 75,000 web users to exercise autonomy by earning money from their web activities, Swash is on a mission to usher in a new age of data. To this end, what it calls its First Wave Solutions are just about ready to crest. These solutions, according to the project’s whitepaper, represent just the initial use-cases baked into the interconnected Swash ecosystem and include a Data Union; a business intelligence platform, sIntelligence; native applications, sApps; and a computation portal called sCompute. 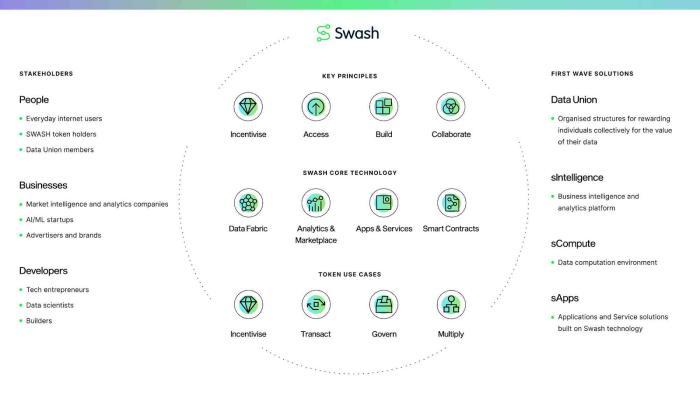 The Swash value chain will be powered by its native token (SWASH). SWASH will have a variety of use cases within the ecosystem and will be used as a cross-chain utility and governance token integrating Ethereum, xDai and Binance Smart Chain. It will also be fused with Swash’s partners and their native currencies, allowing for cross-fertilization of value, increased adoption, and a seamless user experience. As demand for SWASH will increase alongside network adoption, generated value may be used to balance the token supply, likely through periodical token ‘burning’. Once the Swash expansion is live, use cases for the Swash token will include: an incentive system, data transactions, DAO governance and staking liquidity.

Next Big Star in a Constellation of Solutions

The Swash browser plugin is available for almost all the popular browser applications including Google Chrome, Mozilla Firefox, Microsoft Edge, Brave, Opera etc., and soon will become available on Android and iOS powered devices. The Swash ecosystem is powered by SWASH, a cross-chain utility token that works seamlessly on Ethereum, xDAI and Binance Smart Chain protocol. The token is a critical part of the platform’s incentive, data transaction, DAO governance and staking systems.

The Swash ecosystem holds a promising outlook, due to its increasingly important role as a manager and protector of user-generated data. Having recently raised $7 million from a slew of leading VC firms and being named one of Coinlist Seed’s Fall 2021 Batch selections, Swash works with some of the biggest names in the crypto industry including KuCoin, Outlier Ventures and Streamr. Meanwhile, staying true to its commitments, Swash is busy building the first wave of products and services that are going to satisfy the varying requirements of its fast-growing community.

Swash believes that people should be appreciated for the data they generate. They are building a new information economy that works for everyone without compromising on transparency, privacy, or individual agency.

Whitelisting for the IDO is open until Oct 25 2021 or until 20,000 places are filled. The IDO will take place on Oct 29 202. Follow Swash on their website, Twitter, Telegram, Medium, and Reddit for the latest updates and join the 75,000 people using the Swash app to start earning from the value of your data today.

A blog meant to showcase both well known and lesser known projects that aren't necessarily all big, but they are all rad!