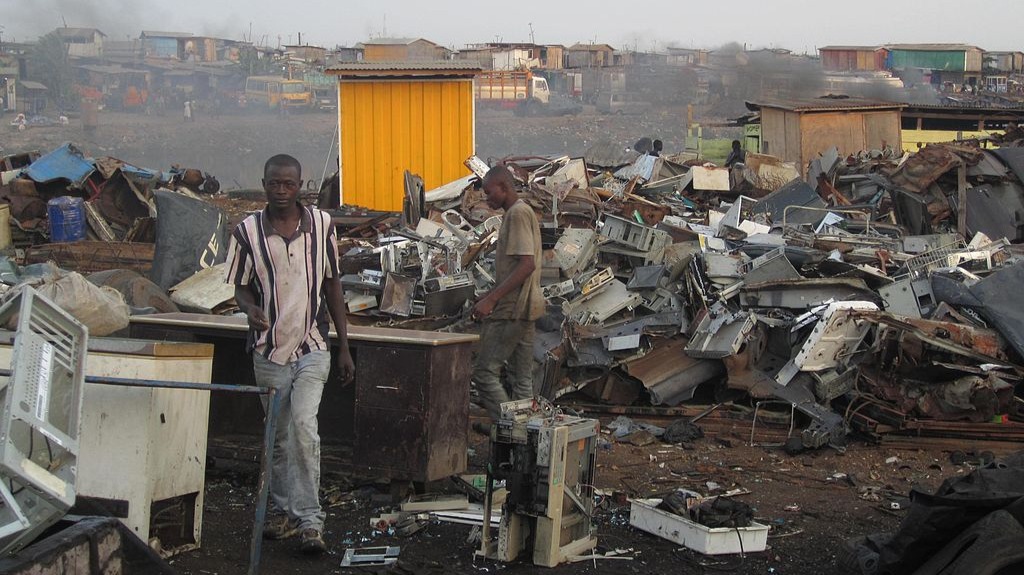 Originally Posted to Sapien as a Supplement to a prior Sapien blog post regarding the impacts of plastic pollution and contamination of our environments on January 12, 2019

This originally started out as a reply to another user who mentioned the e-waste recycling process in China as a positive step towards removing contaminants through recycling of electronic scrap to remove and refine the small amounts of precious metals present in virtually all electronic scrap. I disagreed with the opinion, but my explanation turned article length, so here it is.....

Me: True, but the problem with much of the e-waste recycling process in China is that it requires exposure to both very harsh acids and bases to dissolve the precious metals hiding inside the discarded electronic components and then another dangerous process to then reclaim those same metals from the purified liquid solution they were first dissolved in. There have been reports of e-waste recycling laborers in China performing their tasks without any safety gear at all, and what's worse, there have also been verified instances of China's less honest e-waste recyclers having their laborers simply collect all of the e-waste in a pile to burn into the open air, thus releasing extremely polluting and toxic plumes directly into the air.

They do this because it is cheaper to burn the components until all that remains is tons of toxic ashes mixed in with the minute amounts of precious metals, as the fire temperatures are kept lower than the melting point of the targeted metals they are trying to recover.   Because of the greed behind such employer-imposed abuses on their laborers, and an unwillingness to perform the recovery of the precious metals using contained chemical processes and methods that reduce worker exposure to toxic material as well as reduce, scrub, and even eliminate all potential toxic materials usually released directly into the atmosphere when the materials are simply burned.

China's regulatory structure is notoriously lacking, and those e-waste recyclers there that do break environmental regulations just save money are well-informed regarding what they can actually get away with, and they take it and push it as far as they can, so long as the risk of the possibility of penalties being imposed is lower than the money they can potentially save by not providing safety equipment or expensive chemicals and refining equipment, such behavior will continue.

More people should shed a light on this. Until such practices are exposed expotentially so that it becomes a worldwide issue, the corrupt and/or broken elements in their regulatory system will continue to operate in a grey area, where what they are doing is technically either a violation of regulations or flat out against the law; while at the same time, those vested with the authority to enforce such regulations will look the other way.

Such are the mechanics of just about any system with heavy corruption, unenforced yet valid regulatory violations, and a government that does not do everything possible to protect the safety and health of its labor force and its natural environment -- for which there is no "Plan B."

Which, again, brings me back to my original assertion that the only way to reverse what we have collective done to the environment from our overuse of petroleum-derived, "hydrocarbon-based" plastics in every aspect of our lives is to collectively and consistently make very small changes in each and every one of our day-to-day lives [whether it be the commitment to always use glass (or metal) reusable straws or a dedicated decision by someone else to life a waste-free live].

I'll leave it with this statement on the topic that represents the current problem, based on evidence and observation that many times, these recyclers pose a far greater risk and contribution to contamination than any small benefit from the recovery of the precious metals from the refining process.

Studies show that people living around e-waste recycling sites have a higher daily intake of heavy metals and a more serious body burden. Potential health risks include mental health, impaired cognitive function, and general physical health damage.[123](See also Electronic waste#Hazardous) DNA damage was also found more prevalent in all the e-waste exposed populations (i.e. adults, children, and neonates) than the populations in the control area.[123] DNA breaks can increase the likelihood of wrong replication and thus mutation, as well as lead to cancer if the damage is to a tumor suppressor gene .[114]

Tell me what you think!