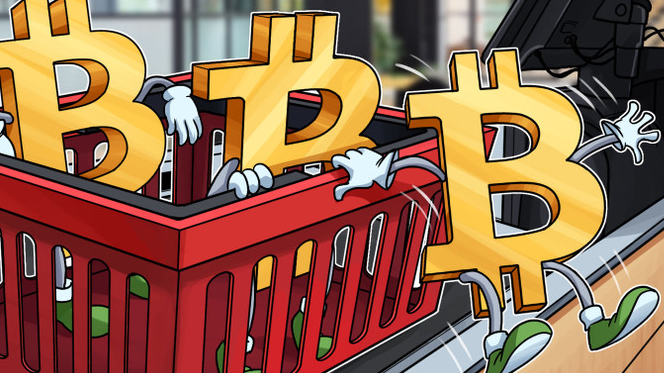 Many of you know that I wrote an article the other day the posited whether or not stimulus checks from the US government, at $1200 USD for each adult, had been invested into Bitcoin, and if so, whether or not such an investment had any effect on the price of BTC during the "halving hype."

The entire article can be found here: Have Stimulus Funds Resulted in a BTC Price Increase?

For reference, in the original article, this is what the crypto markets looked like:

At that time, which was around April 20th, BTC was moving sideways around $7500 per BTC.

As the halving draws near, the price of BTC has skyrocketed to right around $9500, estimated to easily break 10k in the coming days.

Here are the market values currently:

This shows close to $30 billion in market cap gains over the last 2 weeks.... simply amazing.

Today, on May 7, 2020, while reading some other blockchain news, I came across an article with the following headline:

Before we get to the topic of stimulus checks, let's talk about that first statement....

The United States national debt has now reached an historic milestone at $25 trillion dollars -- over $6 trillion of which has been added in the last couple of months.

That's absolutely insane, and as the article above notes, the US Federal Reserve has implemented some policies in response to COVID19 that mirror the missteps taken by Zimbabwe's government that led to the highest and most aggressive hyperinflation the world has ever seen.

So, what do we do? Will the United States become Zimbabwe?

However, these stimulus payments have literally been the largest redistribution of wealth in the history of man. This means that the US Federal Reserve and other central banks all over the world have fired up the money printing presses, injecting trillions of new money into the system....which is, by definition...

Inflation of the money system.

During the initial crash, Bitcoin's volatility went into full swing, at one point reaching a low of under $4k, and for the first time in history, it was costing more in electricity to mine one bitcoin than the bitcoin was worth.

People started crying that they were lied to; that BTC was supposed to be a safe haven asset but, in reality, was not a safe haven at all.

The truth was something different...

History of the recovery of Bitcoin since then has finally demonstrated that the safe haven characterization of Bitcoin is absolutely correct.

While world markets contract into what may become a depression, Bitcoin's network is looking forward to the halving.

So, while other commodities lose their value and while there is more oil being produced than there is space to store it, BTC and the alts are on a price increase rally with their eyes on the Bitcoin halving. It's one of the only assets that has gained back it's pre-pandemic value and has even added around 10% versus the value at the time of the crash.

With all of that said, let's go back to the stimulus checks.

Those of you in the United States know that the federal government send out what it dubbed "Economic Impact Payments," equal to $1200 per adult and $500 per child under 17.

With the increase in Bitcoin value, had one invested their entire $1200 EIP stimulus check, they would have already made $400 USD over the course of 2 weeks.

That's like a part time job working 20 hours a week at $10.00 per hour, completely passive.

Of course, the question now if I were one of these people who just gained $400 for doing nothing would be....

Do I cash my earnings out now or do I reinvest in more BTC or alts?

Now of course, since I'm not an investor, this should never be considered as financial advice. This is strictly for the sake of knowledge.

If it were me, I would hold my new earnings and reinvest them into some of the better performing alts in an effort to diversify my crypto holdings.

Right now, as we speed towards the halving and as inflation threatens fiat currencies around the world, I personally hold the opinion that this is going to be one of the best times to really get serious about crypto.

Thoughts, questions, or concerns? Feel free to leave comments. I will respond to each and every one with thorough discourse.

UPDATE: One of my readers shared this Twitter account with me in the comments, where the relative value of the BTC to USD is expressed as an updated value had $1200 been invested into BTC at the time the stimulus checks were first received.

UPDATED 09/04/2020:  As the value of BTC keeps on an upward trend overall, despite small corrections, the equivalence of investing the $1200 stimulus payment from March would equal closer to around $1920.