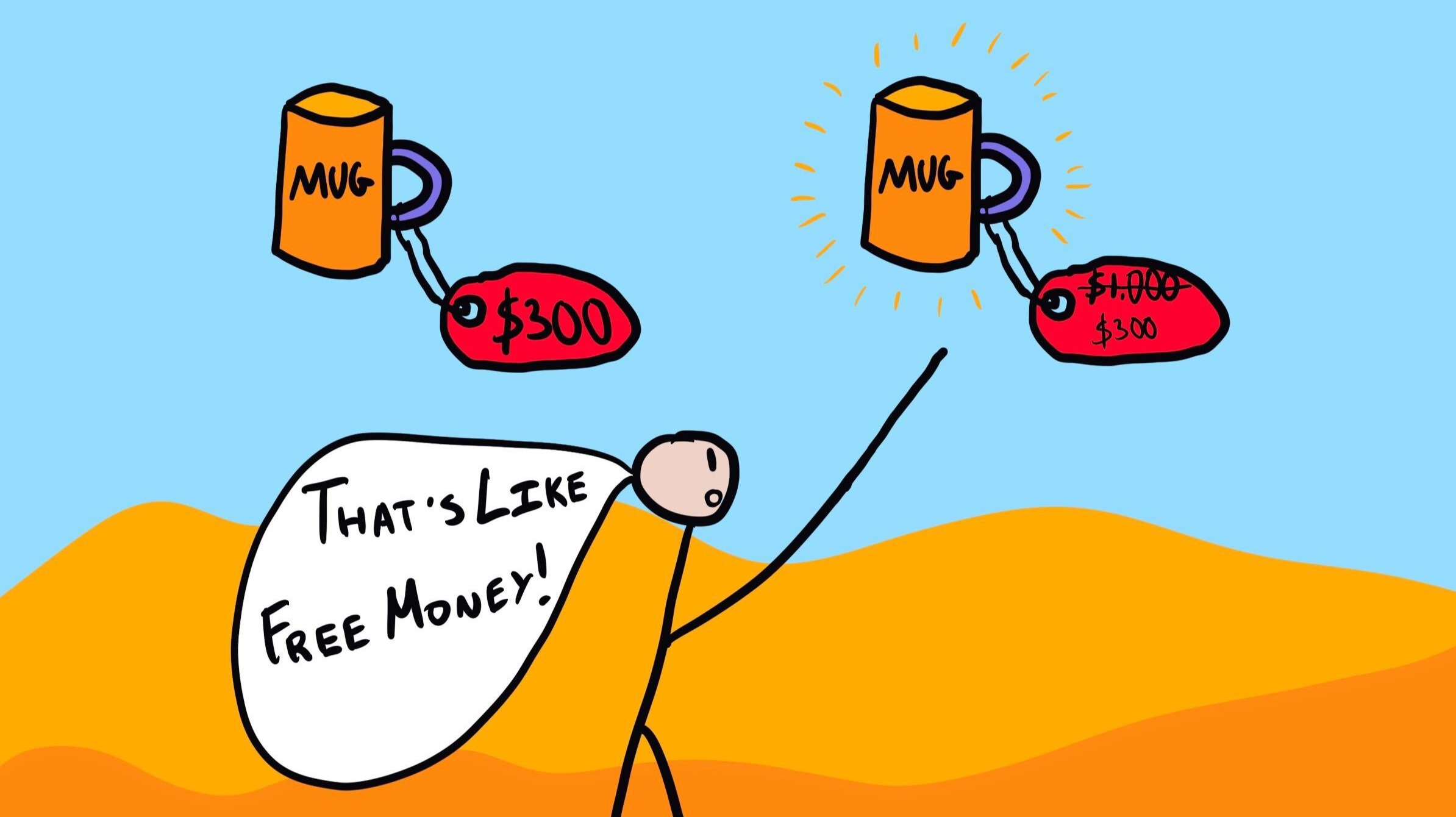 Every investor should know what heuristics are. They affect us far beyond the decisions we make in allocating capital in the financial market, helping us to make judgments, assess probabilities and solve problems on a daily basis.

In general, heuristics are mental processes that help us to reduce complex processes through simplifications, being undeniably useful tools, but which can give rise to gross misunderstandings. It is necessary to understand that they are a kind of mental shortcut that saves us time and energy, but that they will not necessarily offer the most rational solution.

The heuristic can be observed in the deduction that someone is a doctor for wearing a white coat, or assuming that the tan of his co-worker, who is known for surfing, comes from a visit to the beach. They may make logical and probabilistic sense, however, they may not be factual.

Amos Tversky and Daniel Kahneman, Israeli scholars, sought to understand how a limited number of heuristics we rely on leads to decision making and how we are hostage to innumerable cognitive biases. In the article “Judgment under Uncertainty: Heuristics and Biases”, the researchers came to surprising conclusions. 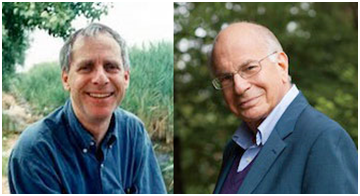 To assess biases, Kahneman and Tversky conducted an experiment that consisted of a group of volunteers who should try to guess what the profession of a random individual was in a group of 100 people, 70 of whom were engineers and 30 lawyers. The participants received the following description: “Jonh is 30 years old. He is married and childless. He is a capable and highly motivated man, promising in his field. His colleagues like him ”.

The information does nothing to conclude what Jonh's profession is, but the interviewees estimated a 50% probability that he would be a lawyer or an engineer, while the most logical answer would be 30% to 70%.

An example of cognitive bias that affects us, especially as investors, is that of anchoring. In a transaction or estimate, we stick to the first number mentioned to formulate other estimates, such as an "anchor". Kahneman, in his renowned book “Thinking Fast and Slow”, describes a study that illustrates how neither professionals in the area in question are immune to the effects of anchoring.

In the experiment, real estate agents were expected to estimate a price for houses for sale in the North American market. They visited the houses and received a brochure with information about the residence. Half the group of brokers was informed of a price much higher than what, in fact, was requested by the owners. The other half received a much lower price.

After the visit, each of them gave their opinion on the fair price of the properties and were asked about the factors that had influenced their decisions. Interestingly, among the factors listed by the brokers, there was no price on the brochure. The brokers insisted that they had not been influenced by the price anchor that was informed to them, but the results said otherwise. 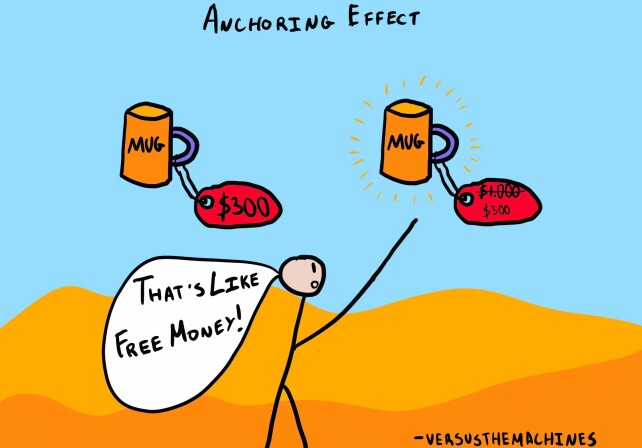 To measure the extent to which brokers were affected by the value initially indicated, the Anchorage Index is used. The higher the index, the more influenced individuals were by the anchor. In the case of brokers, the Anchorage Index was 41% and that of business students with no real estate experience was 48%.

This illustrates how even professionals are subject to anchoring bias. As investors, we look at stock charts and are influenced by their previous tops or funds, even without realizing it.

Research in the field of behavioral finance, which allowed a more rational approach to understanding market phenomena, earned Daniel Kahneman a Nobel Prize in Economics, even though he was a trained psychologist. Tversky passed away in 1996 and was not awarded the prize because it was not awarded posthumously.

The authors' findings revolutionized the way we understand the behavior of economic agents, in addition to contesting classical theories that presuppose the rational behavior of individuals.

Those who manage to allocate their capital while being less influenced by their biases have a spectacular competitive advantage. Inevitably, we are prisoners of our experiences and evolutionary inheritances. The humility and science of accepting and mitigating them, as far as possible, is enriching for the skills portfolio of an exceptional investor.