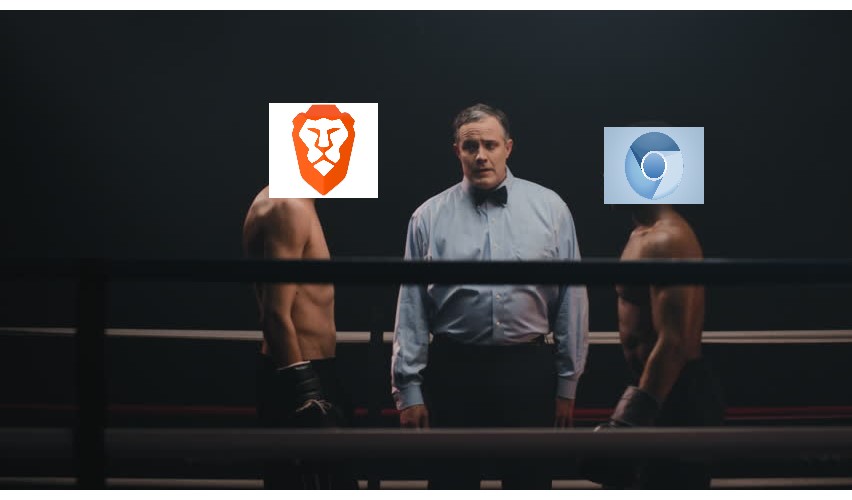 Here's Why You Should Switch to Brave Browser

Good evening ladies and Gentlemen welcome to today’s broadcast of the match between Chromium, a clone of Google Chrome and Brave, the silent giant.  I’ll be your commentator, giving you live text coverage of the match. The referee for today is a Random guy and without further delay, let us get to it 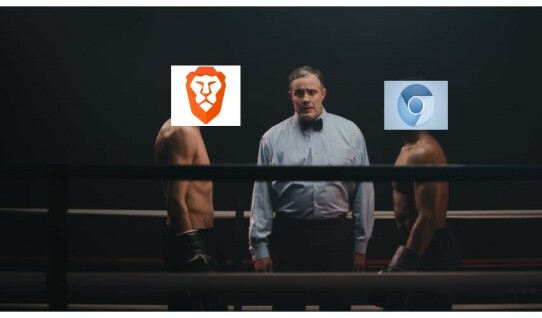 Ref: Alright boys, you know the rules. No low blows, no biting and no incognito mode. Touch gloves and let's begin.

So this fight is going to be judged on certain parameters. Firstly, we have to establish the speed of my internet.

Speed of my internet

I’m doing 12mbs and that is a massive upgrade. So the first thing I did was start a stopwatch to time how long it takes to load a page using chromium on one side and Brave on the other. The page I chose is Coinmarketcap.

Using Chromium was 35 seconds while Using Brave only 12 seconds.  That is a whole 27 seconds savings, probably longer than the time it took Usain Bolt to set the 100m dash world record. Why you wonder? Well here’s the thing, in my country, our internet is predominantly shitty so having a browser that cares enough to make browsing faster and cost-effective(Internet bundles cost a fortune) is a plus to me.

How does it do it?  Well you see, there’s no nice way to put this, “Brave blocks out those annoying adverts”. Here is a comparison between Chromium and Brave for coinmarketcap

Observe how there’s no advert and unwanted flashy thingy jumping across the screen? Well, that is why my internet lasts longer. That’s not all though.

When it comes to data security, I worry less. You see, Brave has this cool feature called Safe browsing that blocks pop-ups and of course those other sneaky sites that try to access your system through the “backdoor”, unlike Chrome that sometimes seems like it is in cahoots with these guys. I’d rather not speak about it.

BAT or Basic Attention Token is a reward system developed by the Brave team to reward authors and content creators for their work. Brave browser is equipped with a wallet and you too can go around spreading the good news by rewarding various authors with this token.

In addition to rewarding Authors, people in certain countries can also earn Brave rewards by watching some ads sanctioned by Brave. You can earn from this. Chrome doesn’t give you an option to earn and that’s that about that, feel me?

The only issue I have so far is that the Wallet embedded in the browser works only in one direction but I reckon that is all going to be sorted out in due time. I would also like the reward program to be extended to everyone.

Brave gives you faster, safer and more economic access to the internet. You also have the potential of earning if you’re in the selected countries' eligible for Brave rewards.  You can find out more about the rewards here and over here. So what are you waiting for? Get Brave real quick 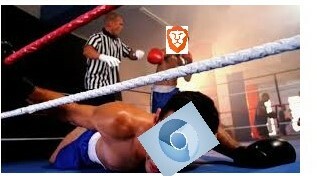 We have a winner ladies and Gentlemen.