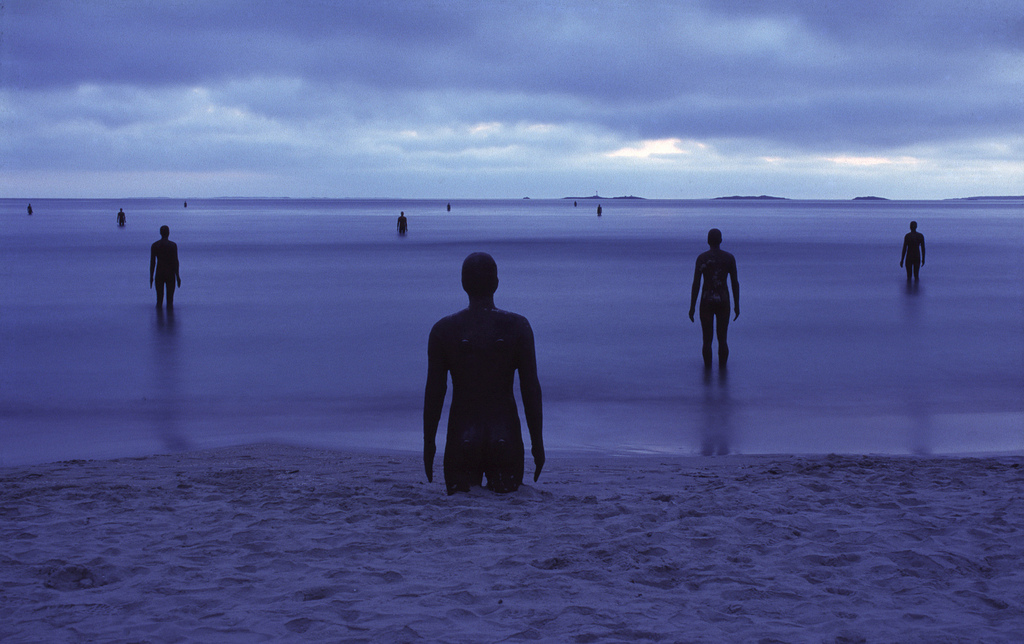 The art of dying civilization, civilization who believed that the Enlightenment answered all the questions about man's existence and meaning. Through this deconstruction of his enlightenment thought initiated by a modern man, postmodern mankind has entered the deconstruction of deconstruction. Culture, which is the only visible record of man's spirit through history and time, has been overcome by the ruins of that same spirit, deprived of aesthetics, hope and search for answers. When the postmodern man realized that the Enlightenment still fails to respond to his inner struggle, to understand a spirit, then man renounced of his battle.

Antony Gormley, creating a postmodern parasitic-egocentric sculpture - Another place that is a set of iron statues that are cast in the shape of his body and represent the artist himself aimlessly observes on the shore of England. Aspiration of the artist is probably to escape to another place, away from his own decadence. Gormley probably didn't feel that his sculpture would be the best presentation of today's man and today's Europe, but it is. A man who, at the end of time, looks empty, distressed, but calm, watching the dying world and waiting for his death. The artist, of course, unconsciously created something else, emotional and tragic beauty of a mankind who will be born again from the ruins of nihilism. A perfect view of the end of a great civilization that has failed to find itself as many other great civilizations before, leaving behind its ultimate art.

Richard Wagner has composed the opera Gutterdämmerung (The Twilight of the Gods) according to the Nordic Mythology which marks the end of time, when the gods will rise to the last fight against the onset of evil, after which the end comes. This apocalyptic thought is not just an extension of this nihilism of the world we live in, but a proof that nihilism is not the end, but a new birth.