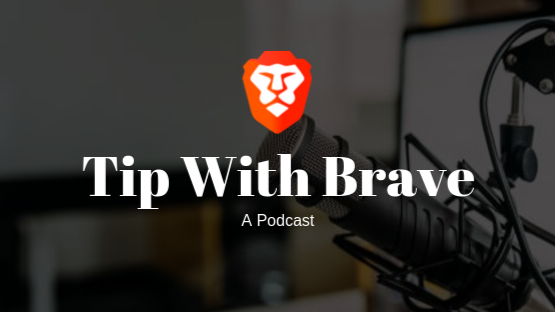 Most people know the crypto space because of Bitcoin. Regardless of who you talk to here, you'll likely hear the same story. They either picked up Bitcoin at a really low price and later became richer then we all could ever imagine or they had the opportunity to pick it up... and now they're chasing a second opportunity. It's the classic story and chances are they'll be telling it for generations to come.

My story is a bit different. I first heard about cryptocurrencies from a coworker of mine. I was complaining about my browser being slow and he told me I should check out the Brave Browser. He then mentioned to me that it was a cryptocurrency based browser and they had raised $35 million in 30 seconds. He went on to talk about some of the benefits and if I'm being honest the information went in one ear and out the other.

I had no idea what he was talking about... nor did I care. But my browser was acting funky so I checked out the project and downloaded it. The browser was solid, fast, had Google search, it didn't seem like a downgrade, so ultimately I was satisfied. After a few days I began to miss my Chrome extensions, so I Google'd to see if there was any way to implement them. From there I found a subreddit that was dedicated to implementing Chrome-like features, to the Brave Browser... it also listed alternative methods as well as a deeper dive into the project.

I learned so much about the project there, Brave was more than a browser, it was a browser that offered a cryptocurrency, but it was also more than a cryptocurrency, it was a platform for creatives to flourish and then as I kept reading I found out it was also a platform for consumers to audit what they see and when they see it and who they support.

It was a huge project and I wanted everything to do with it. From there, I signed up my photography website to except Brave Tips, I then went ahead and signed up my YouTube, Twitter and my upcoming sportscard websites. The project made me want to share more and more importantly it made me want to connect to my audience more. I wanted to detach myself from ads, I wanted to stop being so dependant on affiliate links. The future of Brave gives me the ability to do that.

And it gives you the ability to do that as well!

I think there are tons of creatives who aren't involved in this space that would love to hear about what the Brave Browser and BAT token can do for them. It converted me, someone, who knew nothing about crypto to this space and I believe it can do that for so many others.

The best way to do this, in my opinion, is to share success stories. So I'm starting a podcast, where I interview Brave Creators and provide them a platform to share their best practices as freelancers or creatives as well as share their experience with the Brave Browser and BAT token. I think informing users on earnings or best practices  when it comes to receiving BAT could bring an entire market of creatives to this project. Like Brave we don't only want to incentivize one party, the listener isn't the only winner here. I believe this podcast will also give the creator a wide range of exposure. The Brave community could check out your work and even reward you if it's up to their standards.

Either way, it's a win-win. Right now I'm putting together a list of potential creators to interview. The requirements are minimal...

Ultimately I'm looking for someone who has received a solid tip from the community, after all, this podcast is about best practices to relieve tips. If so, do me a favor and shoot me a message over on Twitter.