The recently launched BANANO community project cryptomonKeys distributes BANANO-themed NFTs/trading cards for free through events and airdrops, and after lots of overwhelmingly positive feedback and huge interest by the community, here’s another cryptomonKeys update:

The Halloween monKey Design Contest (original announcement here) with BANANO and cryptomonKeys as prizes was a huge success with lots of great submissions. Today, we finally have the contest results! There were lots of great (and sometimes crazy) card reveal events and NFT and BANANO airdrop parties during the Halloween season in both the cryptomonKeys discord chat server and telegram group. For the Halloween Design Contest, we got lots of awesome submissions and it was not easy to pick winners ❤. Here we go: Prize: 20k BANANO + 1 Legendary + 2 Epic + 2 Rare cryptomonKeys!
(also check out the card 19 reveal further below, it was created based on this awesome submission!) 5th-6th place:
Cursed monKey by VirtuGrana (g.aqw.wam)
(Note: Independently of contest ranking, we chose this card to become real after some modifications, see card 16 here)
The Laboratorium by joinity (txyaw.wam) 15th place: The Sacrifice by Vagante (tt2aw.wam)
(Note: Independently of contest ranking, we chose this card to become real after some modifications, see card 17 here) Thanks to all delibarate judges, and congrats to all winners! Prizes will be sent shortly. Stay tuned, the next contest will come for sure!

Card 19 Reveal: The FUDbusters are here!

The number 19 has a special place in the BANANO ecosystem including cryptomonKeys, meaning that card 19 of course has to be something special. And it is! As you can see below, it’s not only been created based on above’s contest winning submission, it’s also a Legendary card, and it’s animated!

This card will be minted and distributed shortly, follow the cryptomonKeys Website, Discord or Telegram for updates!

Finally, these events/giveaways are still running (ending Nov 19):
Card 14 Twitter Giveaway
What If You Were President? BANANO and NFT prizes!
Card 19 Twitter Giveaway
…and many more events and monKeydrops happening all over social media:

Any mention of a third party platform, product, service or website in this article does not imply an endorsement by the BANANO core team. All information is provided to the author’s best knowledge at the time of writing, will likely not be updated and thus might be outdated when this article is read in the future. CryptomonKeys is a community project created by two BANANO core team members, SoggyApplePie and bantano. CryptomonKeys is building on the BANANO MonKey concept (visual account representatives) created and developed by Yekta and bbedward from the BANANO core team. This article was written by bantano. 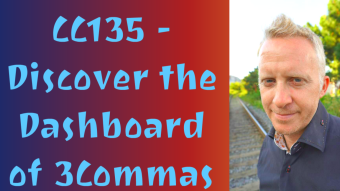 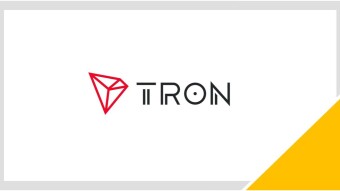 My Experience with TRON Part 2: Why I quit using TRON