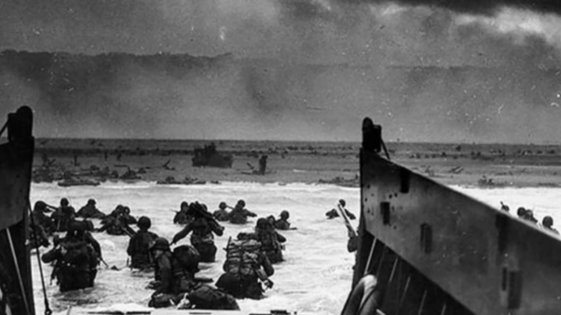 June 6, 1944, the Allied landing in Normandy, Operation Overlord ... This topic is huge and interesting, and more recently, commemorative events dedicated to this date have been held. The landing of troops itself was the hardest, the losses of the allies were enormous, the shortcomings were colossal, much "went wrong." It was the largest landing operation, and it was carried out by the most developed nations of the Earth. Developed and enlightened in technical, cultural, and military descent. But the magnificent soldiers and officers of one of Europe’s most cultured, talented and enlightened nations also opposed the landing. I’m talking about the Germans, of course, who also managed to build fortifications of the “Atlantic Wall”. The task of fortifications was the most difficult landing, and in general, these fortifications completed their task.

Oh, some of them were truly amazing: with fake embrasures in the direction of the sea, but with real loopholes for the beach ... The Allies divided the landing area into sectors, almost all of them “washed with blood”, except perhaps one, except for the Utah sector ".
I will give only some little-known facts. The Allied forces were lucky in only one sector, on Utah. The Americans stormed it, the Germans confronted them and ... Georgians! These were the real Georgians, out of 795 Georgian “east-battalion”. By the way, the Germans in the defense of the sector were "fake", and originally from Western Poland, some of them were formed from the natives there. In general, the Georgians easily laid down their arms, one of the Yankees spoke Russian and persuaded the Georgians to surrender. The landing and assault on the fortifications took place with minimal losses and it was easy, even American aviation was able to bomb precisely here on targets.

The German command considered this site unpromising, since it was heavily flooded by the sea, and therefore did not put here (the Utah sector) the defenses of soldiers from “real Germans”.

Spielberg’s film “Saving Private Ryan” shows the terrible and naturalistic footage of the Allied landings, and I completely believe them. This is exactly how everything most likely happened in reality on that June day on the beaches of Normandy.