During this week i tried the Victor Open Dev of the upcoming game Humankind by Amplitude studios, I have been a fan of their games for a long time and so i wanted to check-out this new competitor of Sid Meier's Civilization. 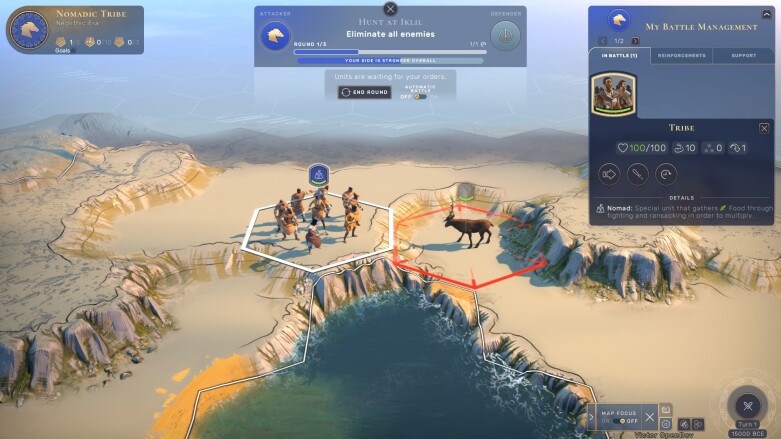 The first difference with the Firaxis game is that you dont choose a nation at game start, because in this game you dont play as a nation but as a culture, so everyone starts as a small neolitic tribe foraging for food in around the world and you will advance to the next historical era by obtaining a so called "Era Star".

Era Stars are various objectives: like having X territories in your empire, defeating X military units, etc... they are used to determine the progress toward the next era and the fame of your culture, the score used to decide the winner of the game, this is an intresting change from the usual victory conditions used in other 4Xs and i think will surely be a nice feature in the multiplayer as it makes the various avenue to victory seemingly more balanced between themselves, unlike the science and tourism victories in Civ which usually became a real factor only in the later eras, other ways to get fame are finding natural wonders and other competitive challenges like being the first to round the world or map the various continents. 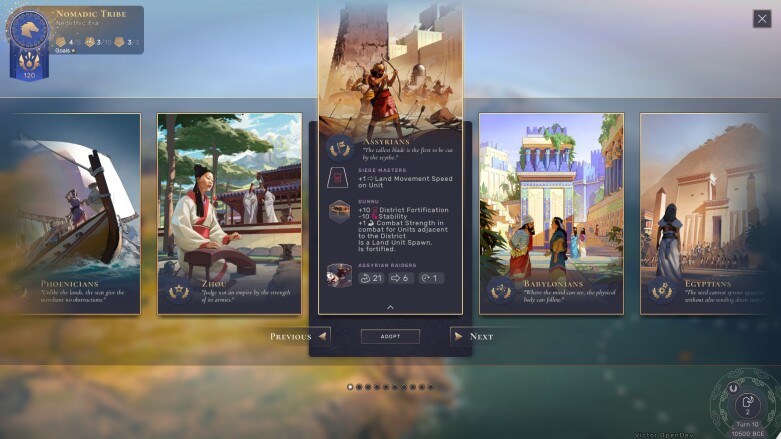 In the Victor Open Dev there are 10 cultures in every era: each with a archetype , a legacy trait, a unique district and a unique military unit. the archetype gives soem special ability for the current era, for example a merchant culture, like the Cartaginians ,gives you more gold from trade routes and the ability of being a middleman by reselling the resources you buy from other factions, meanwhile an expansionist culture, like the Assyrians, can "pacefully" annex another faction outpost by parking an army on it. Legacy traits, unlike archetypes, give you a unique bonus that will influence your entire game,unlike unique district wich you can build only while you are playing as that culture but will keep their unique benefits going forward and the unique military unit that you will be able to use until the inevitable tech progression will make it obsolete. 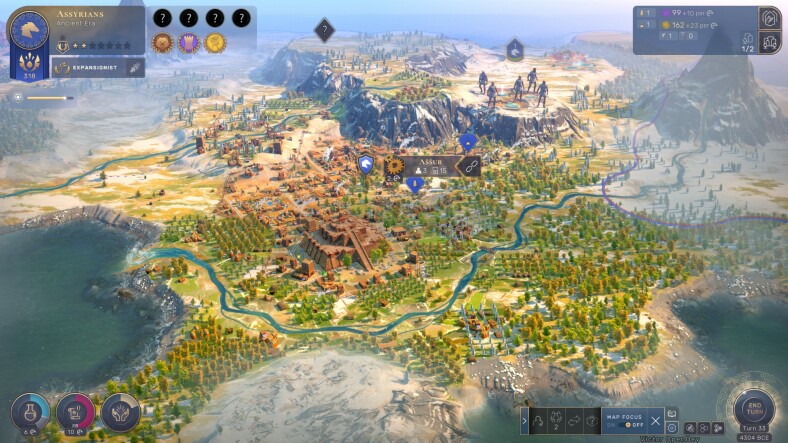 In this game the process of territory colonization and expansion is different instead of the classic settler unit you build an outpost with one of your armies claiming the territory, it can then be relocated in other tiles in the province and used to build extractors for the luxury and strategic resources of the land, it can also be attached to a neighboring city or upgraded to a full city itself, this makes the map quicker to colonize and lead to the rapid formationd of borders between you and your neighbors.

Proximity to other cultures however can give  you various advantages letting you passively gain technologies from neighbors and giving the possibility to change your civics tenets. 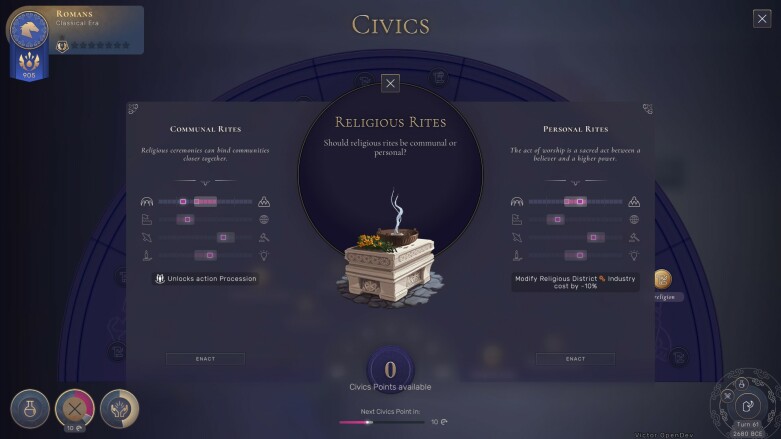 Civic tenets are another intresting mechanic giving you some dilemmas in order to establishing your empire view on various matters giving you a bonus on your empire, they are unlocked by various in-game events like the conversion of a city to a new religion, raising a dilemma on religious liberty, or a war letting you decide how you will pay your armies.

Combat has some similarities with Endless Legend, fights are between two or more stacks of units with the sides taking turns the attacker can win by defeating all the enemy units or occupying a tile representing the camp of the opposing army, battle duration and scale changes with the eras and can take more than one turn in the strategy layer, overall i found it quite fun with a great emphasis on positioning in advantageous terrain. 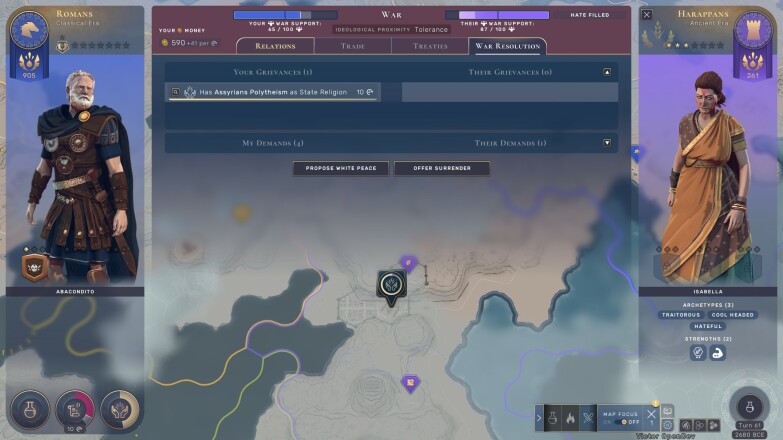 War resolution uses a warscore system, scoring you points for military victory conquests, leading to the vassalization of your enemy and forcing it to accept your demands, advanced previously through greviances, small diplomatic incidents which include settling on the border of an empire, having a territory in your sphere of influence or when various aggressive actions cause an halting of trade, i found it an intresting diplomatic system letting you nag your neighbors for war justification and negotiate small diplomatic incidents using the weight of your economic might, sadly it seems that at the moment the vassals are still unfinished and you have little options on what you can do with them.

Sadly despite the supposed focus of naval warfare in this Open Dev I had no occasion to use my navy as the AI produced very few ship, spotting only 4 Mongolian Riders waiting in a bay.

Overall i enjoyed my time with this beta, the game is shaping up well and has lots of interesting little mechanics, such as being able to build wonders using multiple cities, an intresting cast of more and less known cultures from Harappans, to Romans, to the Haudenosaunee.

I'll look forward for the full release on 17 August.

Posts about videogames, reviews and guides