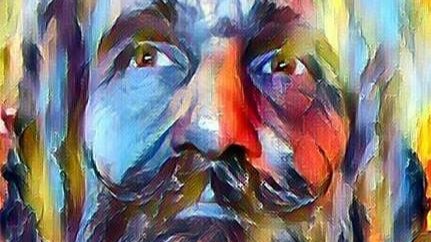 i have come to believe that

created ALL that IS

starting by taking a piece of HerSELF:

which together resulted in:

naturally multiplying with the abundance

of the self sacrifice of Love

allowing for us all to number

Just as when any of Creator's creation

offers and gives of itself freely in Love, as Creator DID,

the gifts are always returned

This is the Law of Creator's Creation!

quite possibly, "he" could be "Gadreel",

the "real god" of this Earthly realm...

the jester/prankster who, according to the "Book of Enoch",

was the snake in the "Garden of Eden", who tempted "Eve"

and, who continues to tempt / deceive /manipulate all of ManKIND

into beLIEving we are "hue-man BEings"

by the pranksters "Color of Law"...

not Creator's Law of Abundance

but that of artificial limitation and lack.

Don't fall for the lies, none of what we are shown artificially is REAL.

Only Creator's Natural Creations ARE!

BE in ManKIND's Naturally perfect State of BEing...

as opposed to the perfectly fucked-up hue-man stain of being!