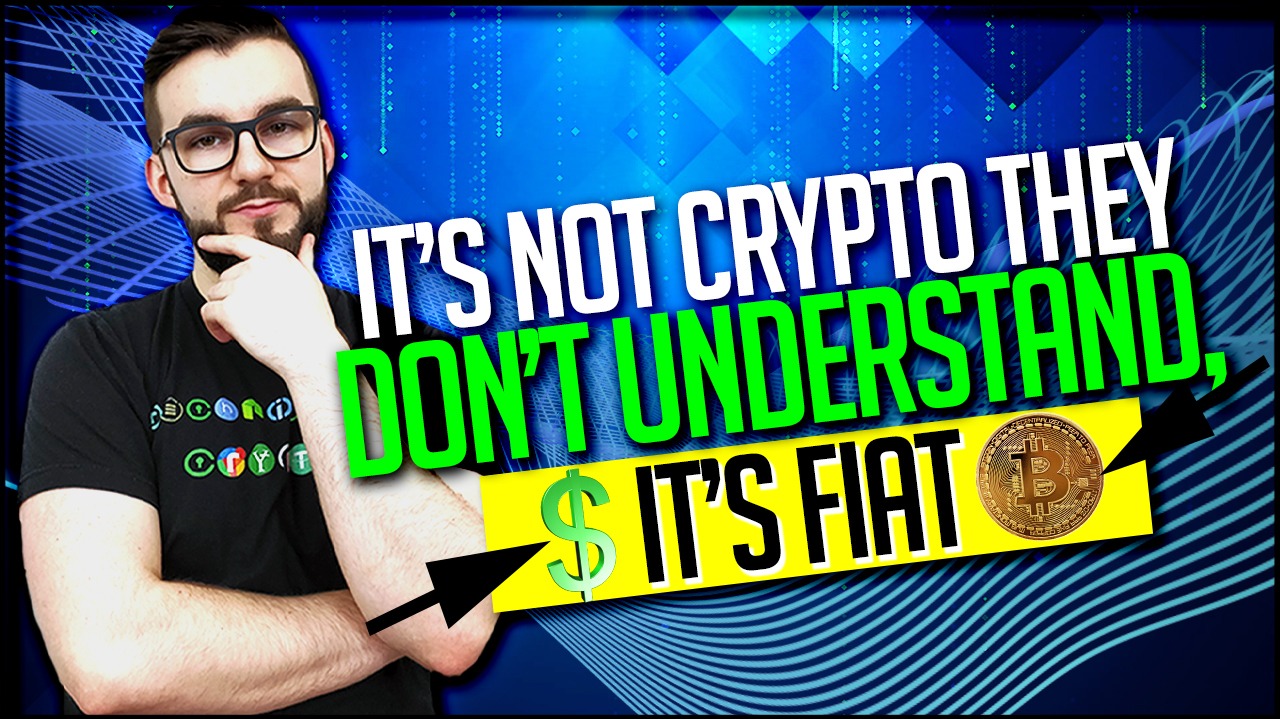 Something that I’ve increasingly noticed is that the common misunderstanding around cryptocurrency isn’t so much the blockchain as much as it is that people don’t fully understand fiat currency and how it works.

When we look at a commodity like gold, we can understand that its value comes from the fact that people want it, it’s hard to acquire, it’s not easy to counterfeit, there aren’t many counterfeits, it would be valued generally the same no matter where you go, it doesn’t matter who produced it, there’s accounting processes to track how much gold there is (including several blockchain technologies), there is a limited amount of it, and because of all these things its value typically trends upwards.

When we look at fiat currency like the US dollar, we can recognize that its value used to come from gold, but now that is has been off the gold standard for so long constantly inflating it only fulfills 1 of the 9 features we previously mentioned. People do want the US dollar, but not everyone because of the other features it doesn’t fulfill. It’s significantly easier to acquire than gold, it cannot be used everywhere, it isn’t valued the same everywhere, if it wasn’t produced by an authority in the United States then it’s counterfeit, it’s significantly easier to counterfeit, there are a lot of counterfeit money, there’s no solid methodology for accounting and tracking existing money, there, there’s no limit to how much US dollars can be printed, and because of all of these things and inflation, it trends downwards.

Many people fail to recognize this so when someone points out that Bitcoin fulfills all the things above that gold does as well as improves upon them, they do not see the value in it. For example, people want Bitcoin, it’s extremely challenging to acquire and only becomes more challenging over time, it can be used anywhere and is borderless, it’s valued the same anywhere, anyone can produce it and it will be accepted, there is no way to produce counterfeits, there are no counterfeits, it has the most advanced ledger to track transactions, ownership, and verification, there will only ever be 21,000,000 Bitcoin, we can exactly how many exist at any given point in time, and because of Bitcoin halvings and hardcoded inflation decreases over time, it generally trends upwards.

So, with all this being said, I present the following argument that it’s not that Bitcoin is so hard to understand, it’s more so that the average person didn’t fully grasp the concept of fiat currency, inflation, and how it all ties together. Not to mention that the Federal Reserve is a private company and it’s not even the US government printing the money. The point is that for people to better understand cryptocurrency, they must first truly learn about traditional fiat currency. Too many people are ignorant of these concepts to that point that I expect that many people would see this and might think it was conspiratorial when it’s all public knowledge that is easily accessible to anyone at any time. We’ve brainwashed ourselves into having faith in sovereign currencies which if anything the only promise they have is that they will hopefully lose value at a slow rate while we pretend and behave opposite to that fact.

How many people do you know who think saving with X% interest in a country with an inflation rate higher than that rate are saving and acquiring more wealth? They have more wealth representation in the form of money, but the wealth itself has lost value and the prices of everything else are higher.

Do you know someone like this? Is it you? Let me know what you think about this in the comments below and don’t forget to subscribe!