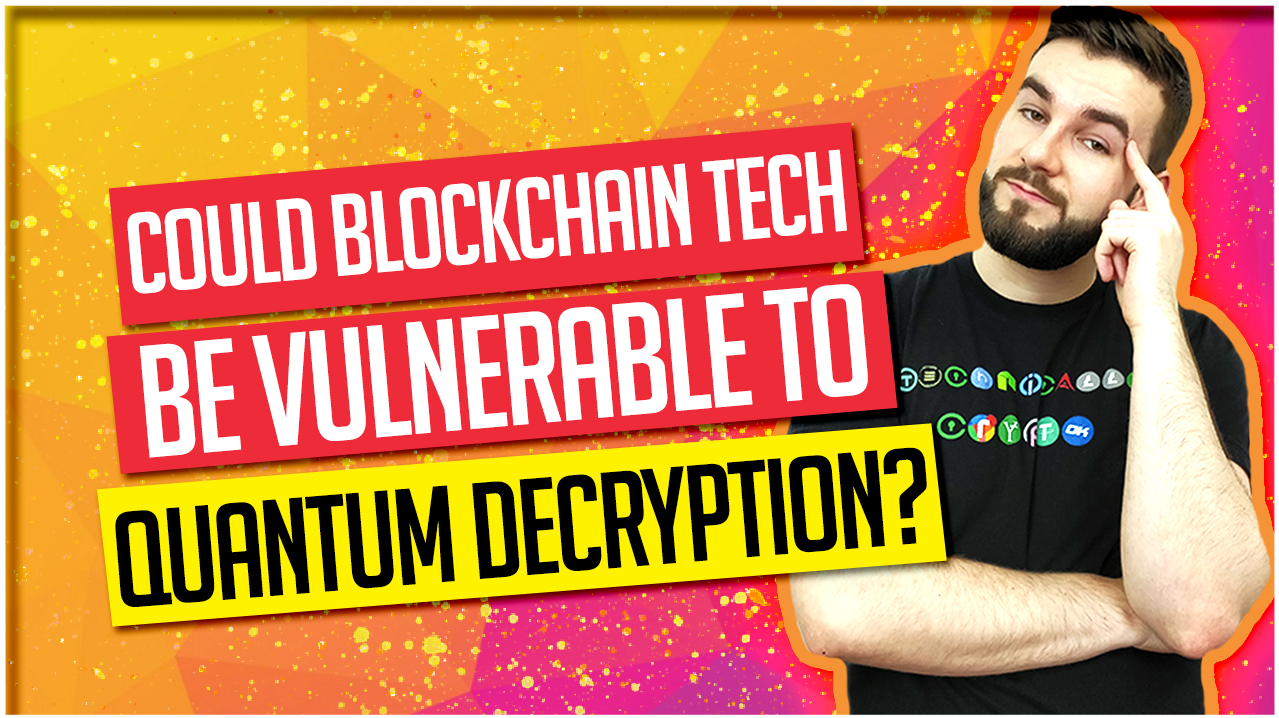 Could Blockchain Tech Be Vulnerable To Quantum Decryption?

Today, I want to ponder the question “could blockchain tech be vulnerable to quantum decryption” and look at what others are saying as well as add some of my own thoughts to the conversation.

I think the post-quantum cryptography movement is an amazing solution in the works to solve the issue of what may happen when quantum computation becomes too powerful for the resistance offered by hashing and symmetric encryption. Asymmetric encryption is already vulnerable to standard brute force and many other attacks.

This may sound like gibberish to some people, but the point here is that these are just people who are afraid of the coming change and are looking for another reason to attack Bitcoin. Also, the point that is missed when people bring this up as a coming doom is that Bitcoin isn’t the only blockchain technology and they are all evolving and changing. Some people pose that true quantum computing won’t see the light of day for anywhere between 7-20 years while others speculate if it will ever be possible so it’s very ambiguous.

The NIST is in the process of standardizing quantum-resistant public-key cryptographic algorithms and the round 2 candidates were announced at the beginning of 2019 in January on the 30th. They are definitely well on their way to protect against and mitigate these attacks.

Another question to ask then is does it really matter? If blockchain is susceptible to quantum decryption then so it absolutely everything else. Given blockchain would take longer to attack than the other less secure algorithms and has much less value currently, why not go after something easier and more valuable? While I understand it would be easier to move and such, you would still need to hit the right account. There would be much more profitable targets to go for outside of blockchain instead. It’s one of the basic tenants of IT penetration testing that you go for the weakest link with the least resistance. The real question we have to ask is if any cryptographic algorithm is secure against quantum computing and the answer not now, but probably soon.

In this article by Hackernoon: https://hackernoon.com/quantum-computing-can-blockchain-be-hacked-19c2ec7bac85 they quote Deloitte as saying that “84% expect blockchain to provide more security than conventional IT systems.”

In the article listed below on Codeburst by Shaan Ray, he explains that if a truly powerful quantum computer did exist today, it would be a serious concern to any use of asymmetric encryption using Shor’s algorithm, but not so much to hashing. The point being that as hashing improves and cryptography improves with post-quantum encryption being standardized, we will likely see a transition of widespread compliance in adopting the standard to protect against future quantum threats.

At Cornell under the subject of quantum physics a paper was written for Divesh Aggarwal and several others stating that based on the elliptic curve signature scheme of Bitcoin, it may be broken by quantum computing as early as 2027 and that the concerns about quantum computers mining Bitcoin is a much smaller concern which we haven’t even really addressed in this article. You can read it here: https://ledgerjournal.org/ojs/index.php/ledger/article/view/127