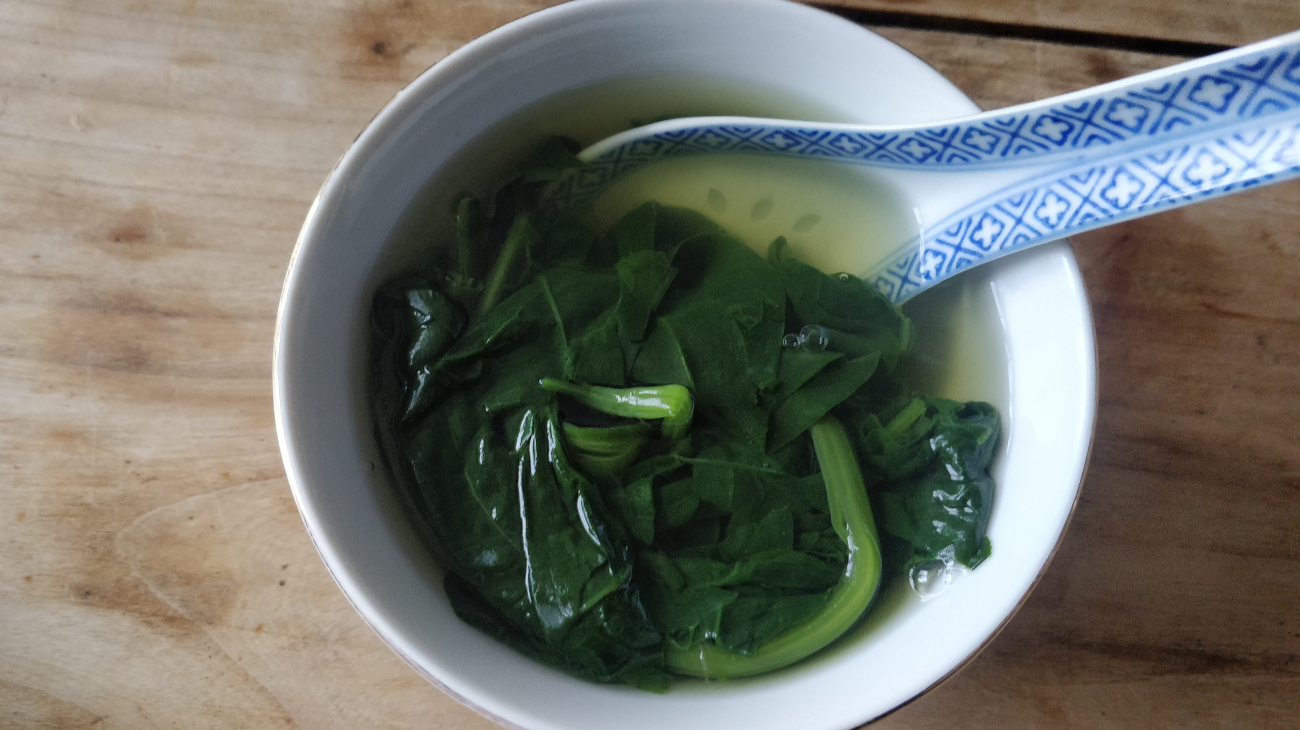 Chinese spinach soup is one of a whole class of Chinese soups called "choy tong". "Tong" means soup and "choy" are green leafy vegetables. This version is done with spinach, but the same recipe is also made with watercress, dried bok choy, or Chinese mustard greens. The fact that there is a specific word for leafy greens shows how important they are in Chinese cuisine. In a "proper" Chinese household, there will always be a dish of leafy greens served for dinner. Health focused soup is also always served at dinner in a "proper" Chinese household, of which there are many types (I mean soups -- there is only one type of Proper Chinese Household!), often with medicinal herbs, but "choy tong" are the simplest. 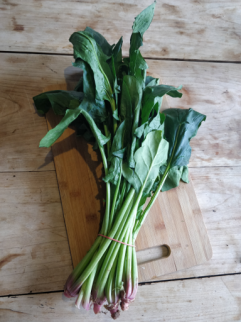 This isn't the kind of soup that's meant to titillate your taste buds. The philosophy behind Chinese soup is to extract the nutrients from the ingredients for a warm, soothing feeling and to help with circulation and digestion.

Normally a piece of lean pork or pork liver is used for flavour, but today I'm going to use dried Chinese mushrooms ("tong goo" or dried shiitake) to add umami. You could also use kombu if you want to go Chinese-Japanese fusion. 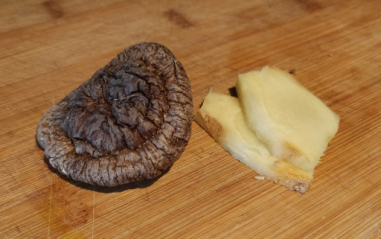 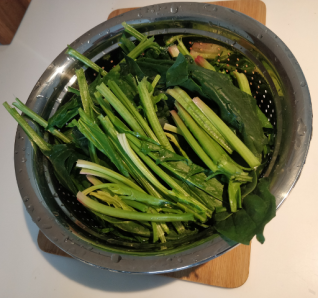 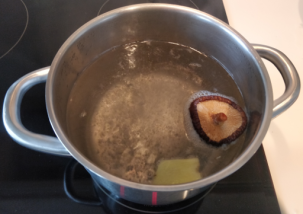 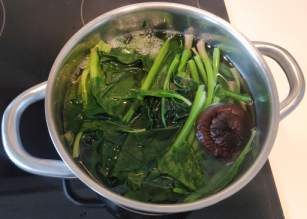 Some people like to have the soup with the spinach in it. Others like to just drink the soup. And some like to eat the spinach separately, dipping it in soy sauce. If you make this recipe with lean pork, it becomes very tender and pulls apart. It's also great for dipping in soy sauce, and having with a beer.

But doesn't boiling the spinach get rid of all the vitamin C? Well, it does if you throw out the water. Vitamin C is water soluble, so it's all in the soup. Chinese cuisine doesn't really have any raw vegetables, yet Chinese people have not all died of scurvy. But remember, I am not a dietician and am in no way giving dietary advice. Information provided here is for educational purposes only.