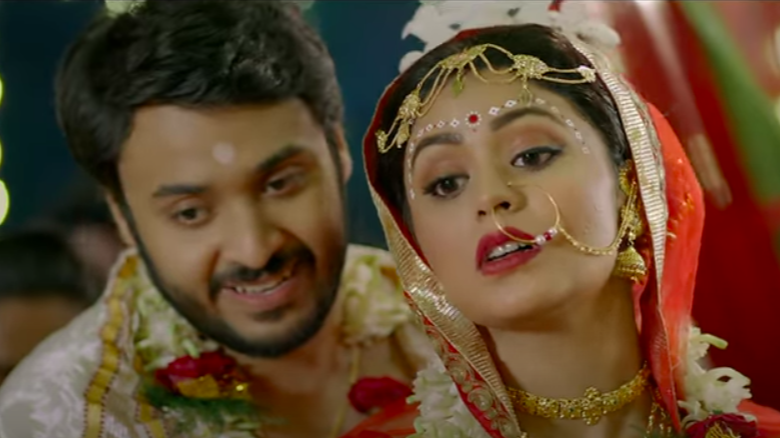 Why Can’t Women be Priests?

Society doesn’t support women in the roles of priests

I watched a movie recently. It is a Bengali move, “Brahma Janen Gopon Kommoti.” The story is about a girl who breaks the male domination to become a priest for Hindu religious and social rituals, such as puja, marriage, funeral rights, etc.

The film was released on March 6, 2020, which happened to be international women’s day. The COVID-19 lockdowns started during the same time in India. I couldn’t watch the movie in the cinema house. It came to my feed yesterday, and I watched it on the Internet yesterday.

The movie tried to give a strong message about women's empowerment as a priest, not told earlier in Indian movies.

Hindu society doesn’t allow a woman to be a priest. There is no Hindu scripture that barred women from the priesthood. It has been a male-dominated career for hundreds of years. Even today, most people prefer a male priest over a female priest.

The film revolves around a Bengali girl Shabari and her fight to get the right to performing priesthood. This is the number one challenge the movie highlighted.

This is a practice in all Hindu temples worldwide that women mustn’t enter the temples during their periods. The menstrual taboo is deep-rooted in the villages. Even in the cities, women are restricted to religious rituals.

The movie has raised a voice in dealing with menstrual taboos. The leading character Shabari is shown to spread awareness among the people with her group of students. They are shown to perform in short plays with themes on menstrual hygiene.

Why in Hindu marriage rituals are the brides shown as objects offered to the groom?

A ritual called “Kanyadan” (‘Kanya’ means daughter, and ‘dan’ means donation/offering) exists in Hindu marriages. The bride's father has to offer his daughter in the groom's hands with rituals and specific Sanskrit mantras.

The official trailer of the movie, source: https://www.youtube.com/watch?v=PPEmuag8FFA

The movie may be watched in HD quality free on the following link:

A true story inspires the idea of the movie

The thematic idea of the movie is based on a true story of a Bengali lady who faced long struggles to get entry as a Hindu priest. She is Nandini Bhowmik, probably the first woman priest of West Bengal, India.

Nandini Bhowmik is a full-time professor of Sanskrit. She performs the rituals with perfectly pronounced Sanskrit mantras, sometimes briefly explaining the meaning to the participants, such as the bride and the groom. While she performs the wedding, a group of other girls sings relevant Tagore songs in between.

She made certain innovations to instill gender equality in Hindu wedding ceremonies. In the initial days, she had to agree with the party’s wish. Now, she dictates the rule to maintain gender equality.

Can women act as priests for Christian weddings?

I don’t know whether women can act as priests in Christian weddings. If it is not so, we may raise why women can’t solemnize Christian marriage.

This Bengali movie, “Brahma Janen Gopon Kommoti,” makes me ponder the age-old rites and rituals and gender imbalance in society.

You may watch the movie on your choicest channel. Maybe, in Amazon Prime, there will be a version with English subtitles.

I am a solution architect for Digital Identity, Data Privacy, Password & Cybersecurity, Distributed Ledgers, IoT, a Researcher & Academician of Electronics, Computer Eng. & IT. I am Co-Founder of “The Unfluencers ” LinkedIn Group and Senior Member of IEEE & SPIE.

Here, I publish articles on arts, music, and culture.