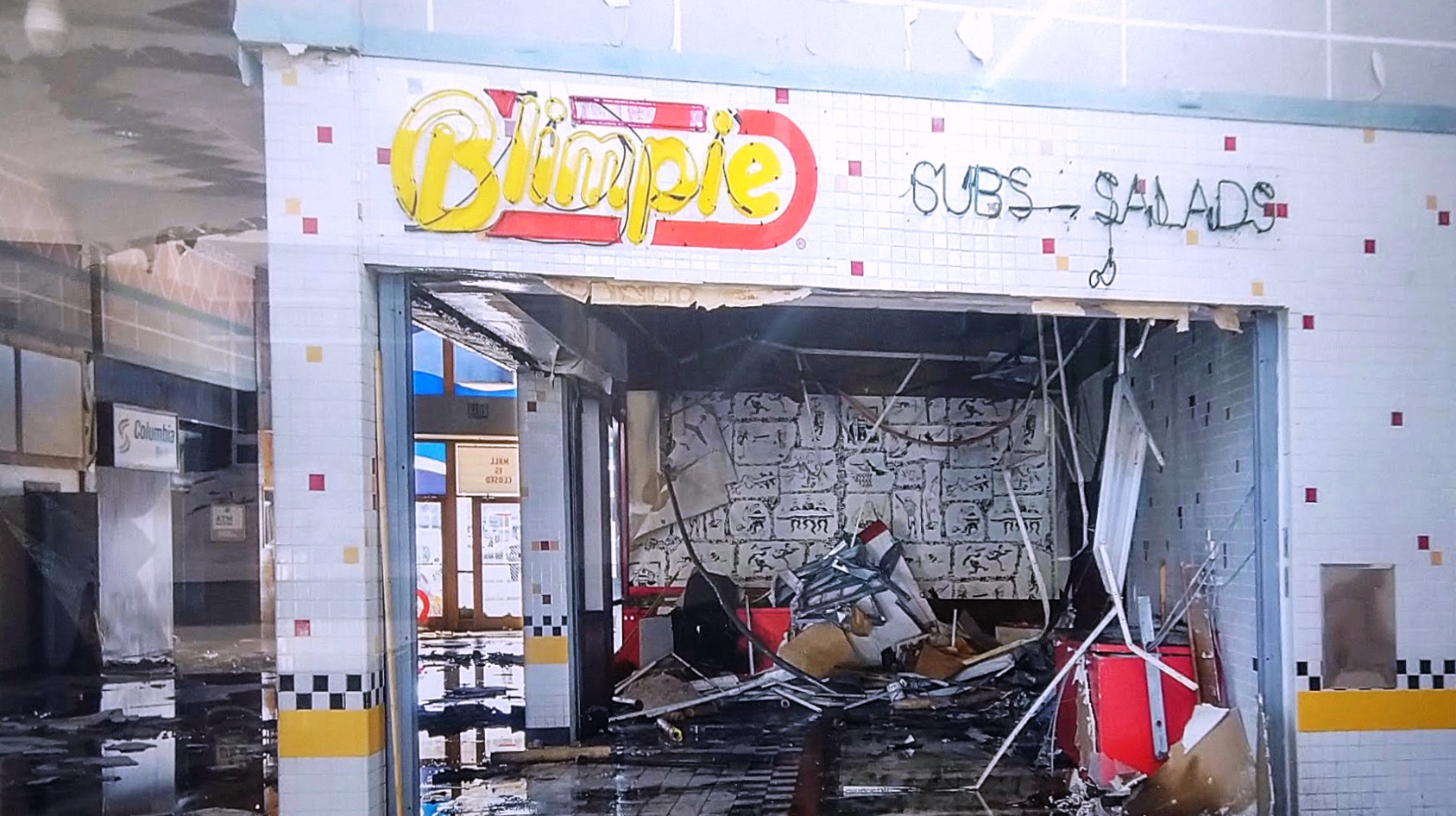 Death of an American Mall

“Mallrat to Snapchat: The End of the Third Place,”

a solo exhibition of photographs by Phillip Buehler

Photos of exhibition and video trailer courtesy of @artcomments

New York based photographer Phillip Beuhler’s second solo exhibition at Front Room Gallery in New York’s Lower Eastside in Manhattan titled “Mallrat to Snapchat: The End of the Third Place,”. These photographs document the abandoned and dilapidated Wayne Hills Mall in Wayne, New Jersey. One immediately considers the recent Amazon and Jeff Bezos impact on the retail brick and mortar sector but these photographs also portend to a global crisis as the decline and rot of the American Mall was initiated before the ascent of the Amazonian model.

Much of the instability and protests in the world, as seen in Iraq, Chile, Paris and Lebanon, to name a few, have been initiated by the failed promises and fervor of pro-neoliberal politicians and aloof academics whose policies and ideologies have disproportionately looted the middle class.

The vinyl albums and music spinning from the turntable favors a balanced experience in this exhibition for the viewer, dissipating the pessimism displayed on the white walls with a touch of euphoric nostalgia driven by backdrop 80s music.

Beuhler commenced documenting architectural decay back in 1973 under the term “modern ruins,'' a neologism he pioneered. He is also well known for his photographs published in “Woody Guthrie’s Wardy Forty,” having won numerous awards for documenting the singer/songwriter/activist’s life at Greystone Park Psychiatric.

The exhibition in this intimate gallery is definitely worth a visit. 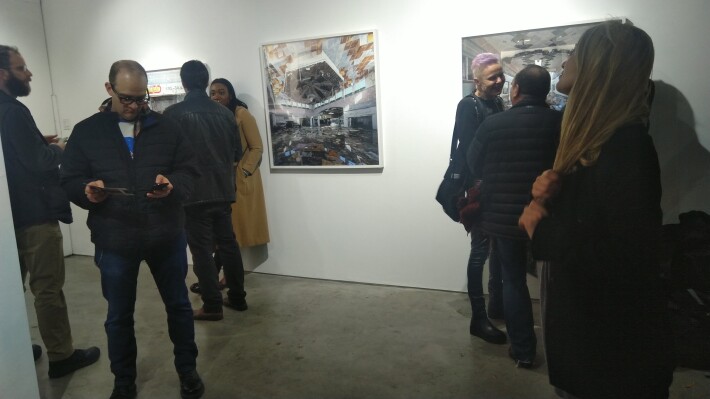 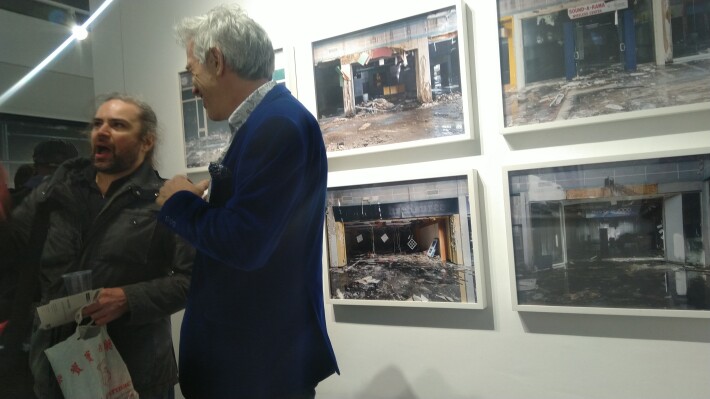