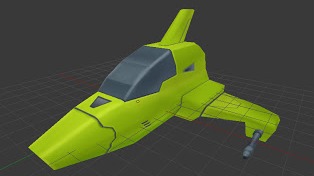 Creating 3D assets to be used in videogames is very funny for me: they can be low-poly, both for performance reasons and because in many cases they are render very small on screen.
In this post I will show you some of the assets for a project I started with Unreal Engine, a turn-based puzzle/strategy game with sci-fi setting.

All the models are made with Blender (https://www.blender.org/)

For the player ship model I started with a simple box; I subdivided and extruded it until I got the basic shape of the ship. Using the mirror modifier, I only needed to model half of the ship, that was automatically duplicated and mirrored: 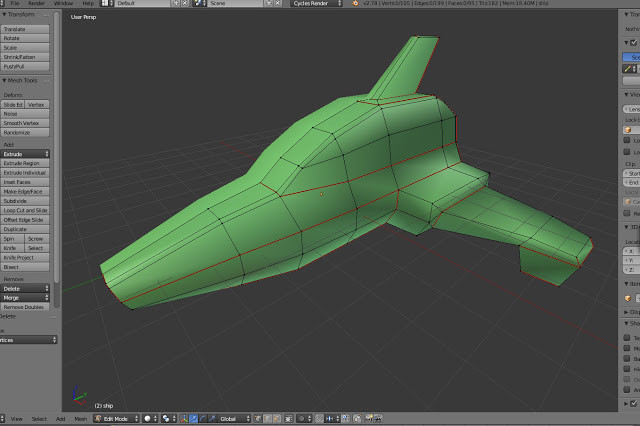 Then I added laser weapons on the wings and thrusters on the back (basically modified cylinders): 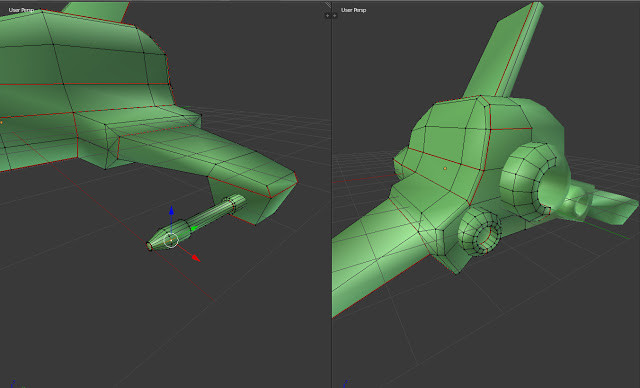 To apply textures to the model, it needs to be UV unwrapped. This means that all the polys have to be "flattened" on a 2D sheet so that the software knows where to apply the texture we're going to paint for it. I do this by marking seams (the red edges in the pic), or places where the mesh can be cut before unfolding it: 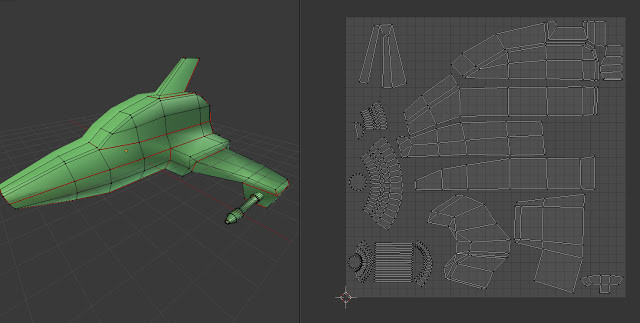 Once I had the complete layout, I could switch to Photoshop and start painting the texture. As base colour for the ship I decided for a green, it's more saturated than a classic military green to keep the cartoonish style I'm going for. Then I added the gray cockpit with some fake reflections, and details on the chassis: 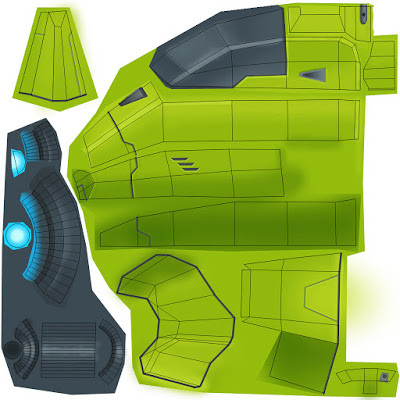 Back in Blender, I checked if the texture fitted the model, and here's the result:

In a similar way I created an enemy starship (the basic red one for now, I plan to add variations to the model and color for the other types):

In the game there are also mineable resources, based on stretched and rotated spheres. The idea was to have some space rocks or meteorites, I think they look more like floating potatoes but they'll do for now. I imagine them slowly rotating around their center when they spawn in-game:

Finally, this is a sci-fi display frame. I think I will use it for messages from the Commander, who will explain new features as the player needs them. I'm probably going to render this in Blender and import it in Unreal as an image, displaying it as a 2D billboard with the Commander's face applied. (Will the face be animated? Will it be a 2D drawing or a 3D mesh? These are details, I need to think at the big picture first!). 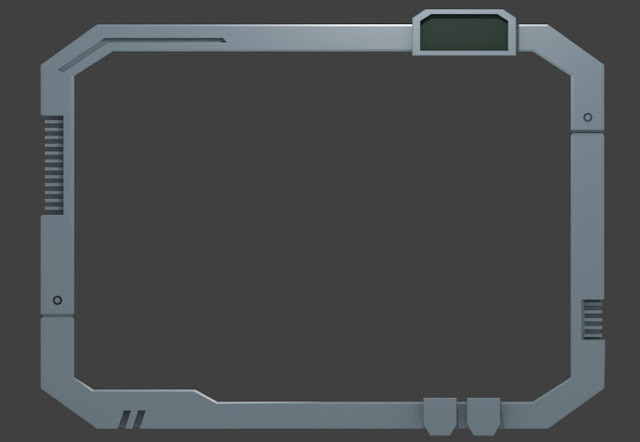 Many of these assets will just be used as prototype and replaced later, but they can give a nice idea of how the final look will be. Here's a screenshot of the project at it's current(very early) stage: 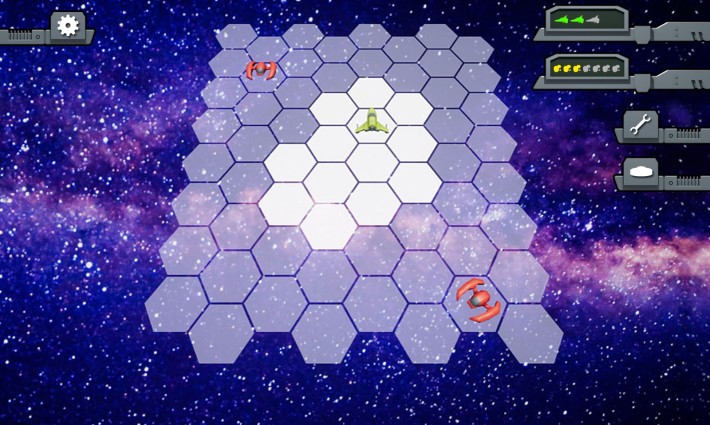 I like creating all kind of art - illustrations, 3d models, music, comics... I'll share some of it with you in this blog. 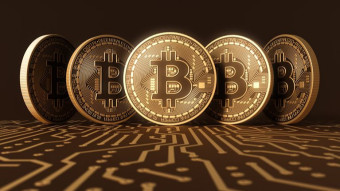 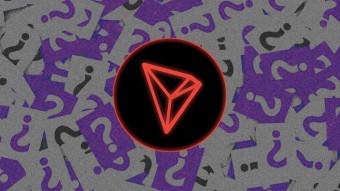 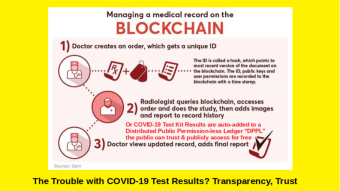