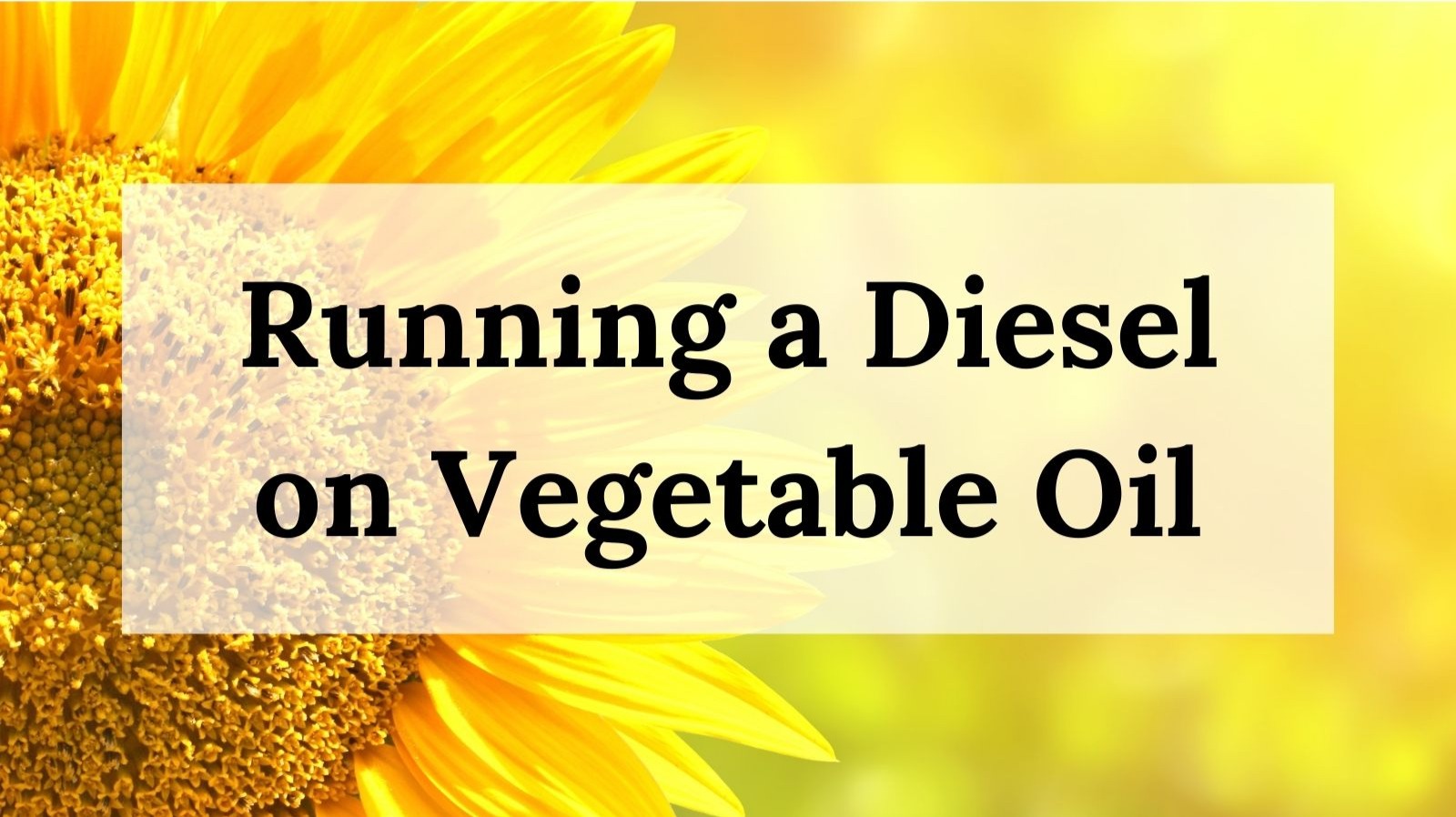 Running a Diesel Car on Vegetable Oil - My Experience

As there is currently a fuel shortage in the UK, albeit an artificial one seemingly caused by mass hysteria, I thought this would be a timely moment to share my own biodiesel journey with you all.

I'm going to add a caveat right at the start that I'm not an expert in this field, and this is just my own knowledge gained from personal experience, so if in doubt have a chat with your local motor mechanic!

Back in the early millennium, I bought my first diesel car, a Peugeot 205 1.8 TD, what a little cracker she was! As I was a bit of an eco-warrior back in the day, I got very excited when I saw this episode of Top Gear where Jeremy Clarkson demonstrated how to make a diesel run on vegetable oil.

A bit of History

Fascinated by the prospect of running my car on a carbon-neutral, non polluting, vegetable-based substance, I did a little research and I discovered that the diesel engine was originally designed by Mr Diesel to run on peanut oil! No wonder the diesel engine could run on vegetable oil - it was it's perfect food!

My Diesel mysteriously disappeared in 1913, and was never heard of again. Just a coincidence, I'm sure!

Later on, the oil companies started selling a fossil fuel based substance called "diesel" which we know use in our cars, despite that not being the optimum fuel for the engine.

My partner at the time I was looking into bio-diesel happened to be a trained diesel mechanic which was very handy, so we decided to have a go for ourselves and find out whether it really worked.

After a little research, he came up with the following recipe for biodiesel:

This is a slightly higher amount of white spirit than in the Top Gear demo, simply because we did not have access to used vegetable oil, only fresh from the supermarket, so this adds a little extra solvent to allow for that.

Mix the two together in a container suitable to hold fuel such as a jerry can, and leave somewhere cool and safe for a week. There are a number of reasons to put this in a fuel can, not least because it makes it easier to decant into your fuel tank once you're ready to use it!

In an emergency you could in theory just pour neat vegetable oil into your diesel car, but due to the soapy elements in the vegetable oil, you could end up coking up your engine somewhat which is not ideal, so this is why you add a solvent such as white spirit to break those down. Used vegetable oil is better because some of that soapiness has already been broken down during cooking, so if you have a deep fat fryer, it might be time to start retaining your used oil!

You can use pretty much any liquid vegetable oil - I wouldn't suggest coconut oil because it's very thick and unless fractionated is solid at room temperature. You could in theory use animal fat too, but again it's thicker so may require a higher level of solvent, and I'm told it makes your exhaust smell like vomit!

I would probably avoid peanut oil, simply due to the level of peanut allergy in society these days. You wouldn't want to accidentally cause harm. 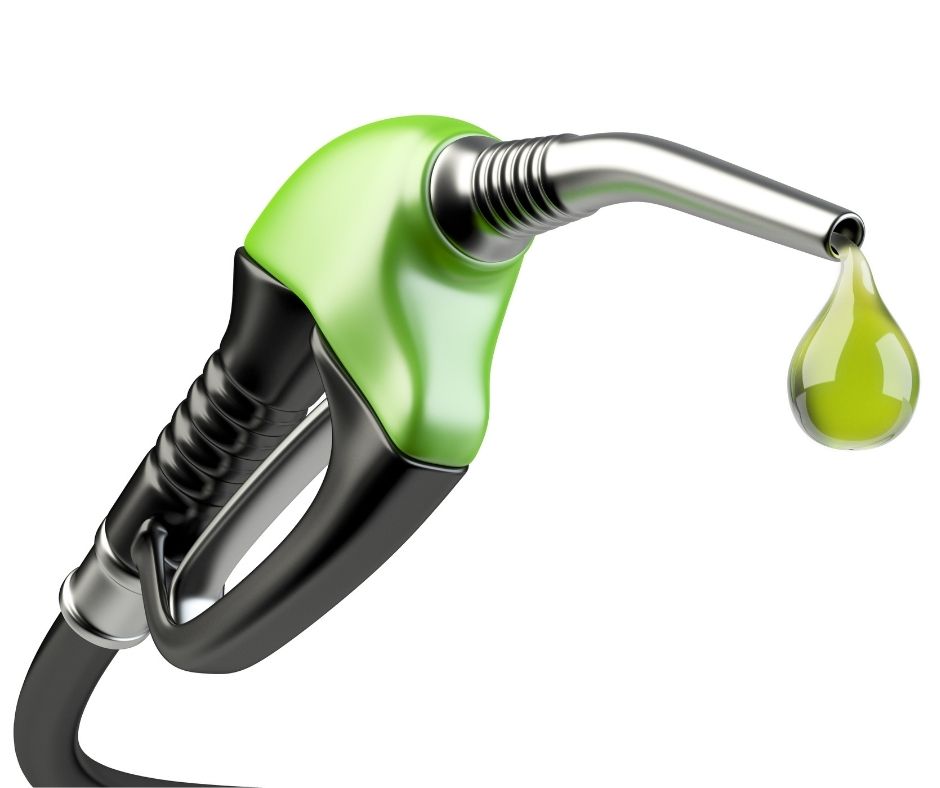 Back in the early millennium, we were able to find a number of vendors who were selling ready-made biodiesel and we took full advantage of their services. They were very enthusiastic, and many of them very eco-conscious, and they gave us some brilliant tips including putting a small inline filter in the fuel line to catch any bits from the bottom of the fuel tank. Biodiesel is a bit thicker and stickier than the one to get at the pumps, so it may pick up crap from the bottom of your fuel tank - and you don't really want that getting into the engine!

They also explained to us that you have to pay fuel duty on any bio-diesel you make, and that the police may actually target you and dip your tank if they suspect homemade fuel no matter how safe, eco-friendly or effective it might be - heaven forbid the government not get it's pound of flesh! We were told to make sure we had a copy of our latest receipt for the vegetable oil bio-diesel we had purchased in the car with us at all times, just in case we were ever pulled over, so we could prove the duty had been paid.

They also told us that sadly they had encountered a ridiculous amount of opposition, delays and red tape from local and national government when trying to set up in business. It seems the oil companies and their cronies in government don't like competition. I have a feeling most of them were hounded out of business, as I've not come across any of these guys for a while.

If you know of any in your local area, please share their details in the comments below. We like to support small businesses!

The results of using vegetable oil based biodiesel were frankly astonishing, and in a good way.

The car ran better, was quieter - the trademark "diesel knock" from the engine disappeared altogether when it was running on biodiesel, and the emissions from the exhaust were actually quite pleasant! The miles per gallon and power were noticeably improved too. I remember that the car would do around 63MPG on vegetable oil compared to around 55 on diesel. Not an insignificant improvement for an old car!

It was cheaper, cleaner and all round much nicer to run the car on vegetable oil based bio-diesel. No longer did the car fill up with nasty fumes while warming the engine up, no more poisonous chemicals breathed in while defrosting on a chilly winter morning!

A few points to note

There are a few things to take into account if you plan on trying this out yourself though, and I just wanted to add this information here too.

Some diesel cars cannot use biodiesel - For the most part, these are older cars where the hoses are made of actual rubber. It will cause them to degrade over time, so best avoided for classic cars unless you've swapped out the rubber hoses for synthetic ones.

Fuel duty - Depending on where you live in the world there may be a fuel duty or tax applicable to all fuel created for vehicles, so make sure you look into that.

Detritus in the fuel line - As I mentioned above, the viscosity of vegetable oil based biodiesel is thicker than diesel fuel, so it can pick up detritus from the bottom of your fuel tank which could in theory block your fuel line or cause problems if it gets into the engine. Make sure you take precautions such as adding an additional filter to the fuel line to prevent this from happening.

Your CPU might not like it - If you have a modern car with a very sensitive CPU, it might need adjusting to make it compatible with the different fuel type. As your local garage or manufacturer.

The cold can be an issue - In very cold weather, bio-diesel can become thicker and waxy, so you'll need to be aware of this in the winter, or if you live in a cold climate. I was told I could safely use a mix of 50% biodiesel and 50% regular diesel to avoid any problems in the English winter time. In theory biodiesel could be made with additives to prevent this happening.

I'm not a mechanic - As I've already said, none of this is professional advice, and I'm not a mechanic! This information is shared purely for your information, and you must do your own research and speak to a trained specialist if you have any doubts or concerns.

Have you tried using bio-diesel or even bio-ethanol in a petrol car? Leave your best tips in the comments below and help others plump up on knowledge - if the apocalypse comes, we might need to know this stuff!