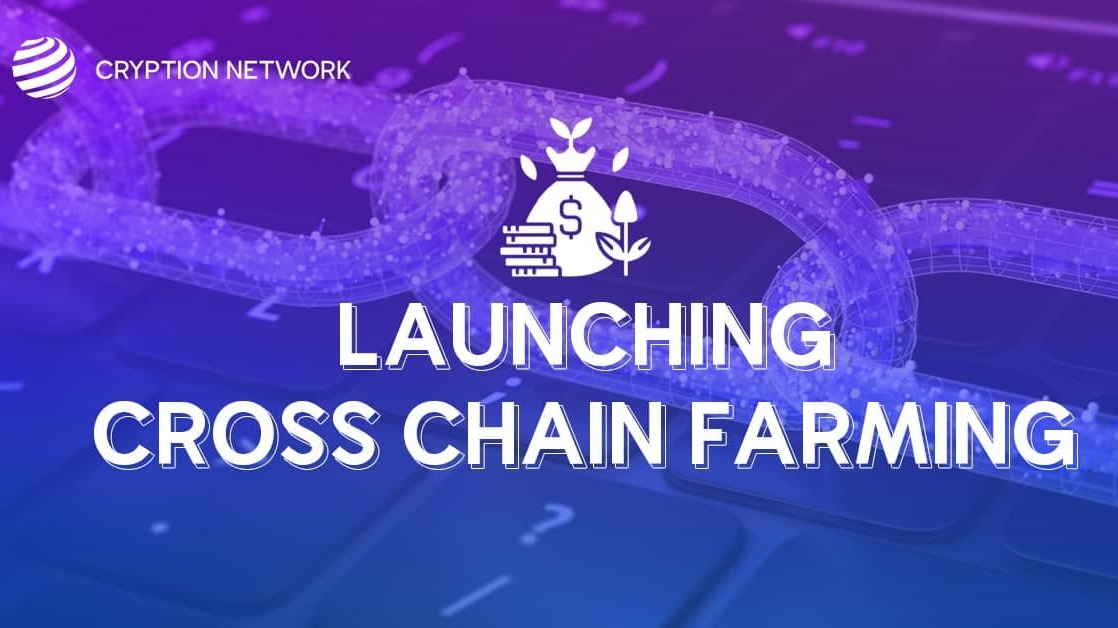 The DeFi sector continues to skyrocket, with its rich offering constantly attracting new investors and new money. Recently, CoinMarketCap reported that yield farming is one of the biggest and most popular of DeFi activities — so much so that it was responsible for pushing the industry’s market cap from $500 million to $10 billion in 2020 alone.

Meanwhile, the development of the DeFi sector continues simultaneously and is now being combined with another crypto trend — interoperability. To be fair, interoperability is more of a feature that aims to connect blockchains into the next version of the internet, rather than a trend. It is a goal towards which the crypto sector is heading, and there have already been plenty of noteworthy results.

Even so, the fact is that the two are being combined, with the most recent example being the project called Cryption, which has just launched Cross-Chain Farming on September 9th.

What is Cross-Chain Farming? 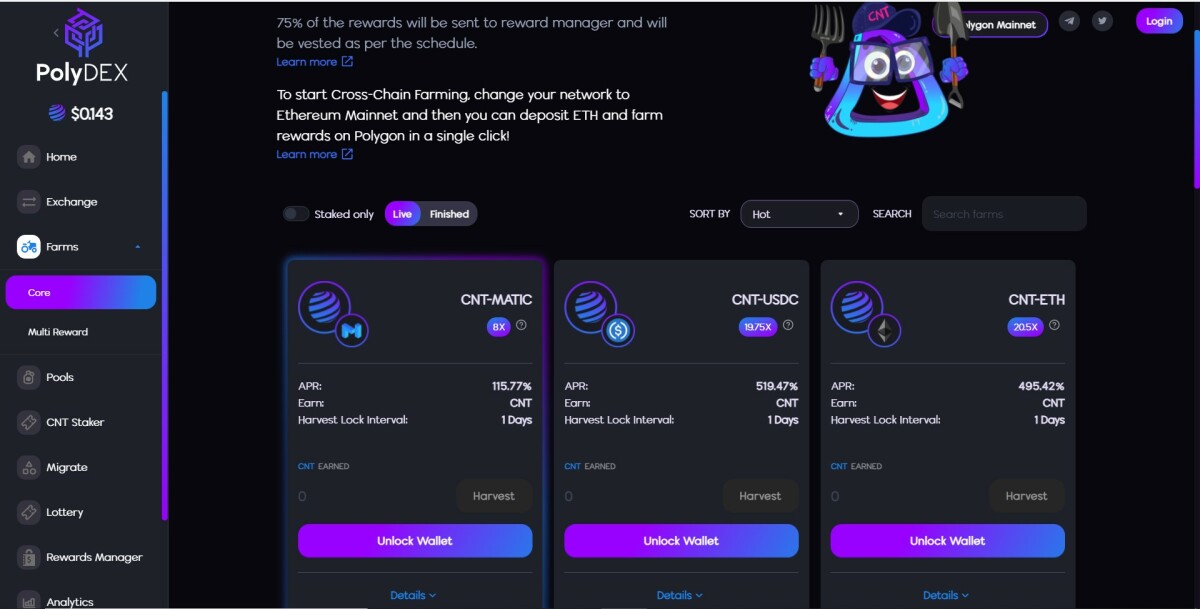 As the name suggests, cross-chain farming is yield farming on more than one blockchain. It is a fully decentralized way for users to deposit ETH on the project’s mainnet, and then use it to generate LP tokens on Polygon network’s PolyDEX, in this particular case.

Cryption is also the first project to pull it off, which means that this might soon be mirrored by others, and as such, it could start an actual new trend in the DeFi sector.

Cryption’s recent blog post explains how it all works, and it noted that users will be enrolled in the farm of choice with a single click, indicating that the process is extremely user-friendly.

It all works by relying on two types of bridges connecting Ethereum and Polygon, with the first one being POS token bridge, and the second one being a data bridge, that consists of a state sync mechanism and FxPortals.

The POS bridge works as a set of contracts that assist in moving assets from one chain to the other, in this case, Ethereum to Polygon. The second one is basically a mechanism that is used to read the data traveling between the chains.

So, if a user on Ethereum deposits their ETH in a smart contract based on Ethereum’s mainnet, they can specify the details of the farm they wish to join. The smart contract will then process said information, and prepare the metadata needed for cross-chain farming.

This triggers the POS bridge which ports ETH to Polygon, where it is received on the CrossChainFarming Intermediator contract. This triggers the second bridge, which moves the accompanying metadata to the same contract. Then, the Polygon validators process the event, and both ETH and metadata get transferred in full from Ethereum’s network to Polygon’s.

Finally, the metadata gets decoded, a smart contract on Polygon gets triggered, and ETH tokens get converted into LP tokens, which the users receive, and the process is completed.

Cryption Network, or Cryption, functions as a decentralized finance (DeFi) platform that aims to solve some of the most troublesome issues that stand in the way of mass adoption. The project aims to be as innovative as possible, which is not easy given that it travels an unexplored path.

So far, it succeeded in launching its cross-chain farming earlier today, forever changing the DeFi sector in its own way. And, remarkably, the entire process described above is completely automatic and can be done with a single click. So, while yield farming itself has been well explored over the past year and a half since DeFi exploded, this project has shown that its potential runs much deeper than what everyone believed, showing that traditional yield farming is only scratching the surface.