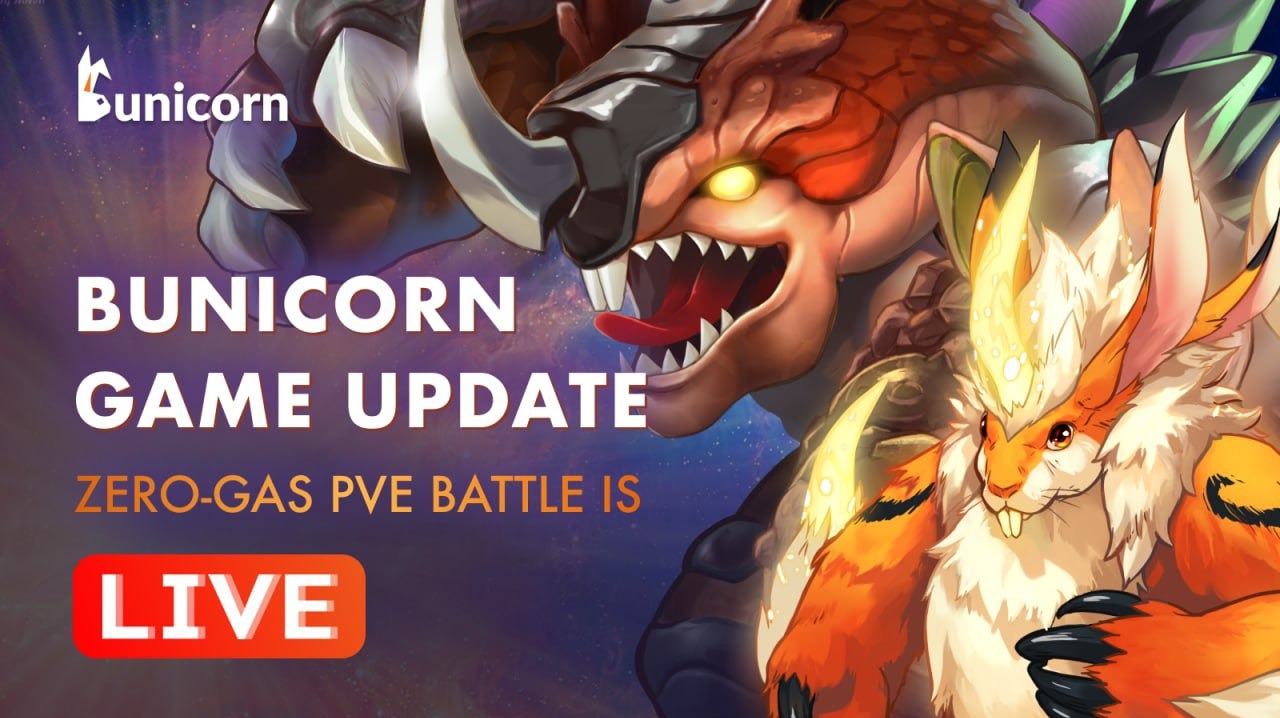 Bunicorn, a DeFi game platform that combines gaming and blockchain to improve the user experience at both, just announced that its players will no longer need to stock up on BNB in order to interact with its game. The game, called simply the Bunicorn Game, is the first and largest game in the project’s ever-expanding ecosystem.

The project also offers an AMM DEX, NFT yield farming, and access to a NFT marketplace. So far, however, its users had to use BNB alongside the project’s native cryptocurrency, BUNI, in order to participate in the game, which will no longer be the case thanks to the implementation of zero gas fee PVE battle.

The move should make the user experience even smoother now, and make the game more accessible, allowing even those who do not own BNB ahead of time.

Speaking of battles, the project just finished its first-ever Raid Boss event, which ended up being quite a success. The Raid Boss even was the 1st attempt to implement the zero gas fee battle. Bunicorn understands that the amount of fees, whether high or low, can be a daunting problem that stops users from exploring the full potential of the GameFi world. Thus, obtaining BNB will no longer be a concern that stops users from specifically joining the Bunicorn Game.

Other than that, the project also released a few details about the event, noting that there were a total of more than 53,000 battles in the 3-day event. There were 1780 tickets sold and 1481 participated, which is an excellent response for a 2-month old NFT game.

For the moment, the community has a moment of rest, although Bunicorn hinted that new big battles will be coming soon, so they should prepare in due time.

As mentioned before, the project has implemented zero gas-fee battles, which will bring a number of significant benefits from the players. For example, they will no longer have to top up their accounts with BNB in order to play, and they should experience significantly better friction.

The change is a very big deal for the project — they even called it the most significant one to date, and also a stepping stone for future expansion, as well as many other crucial updates that have yet to come. There were no changes to the actual gameplay — players would be allowed to just pick a pair of a Trainer and Bunicorn for battling enemies. The reward also did not change in terms of net value. Meanwhile, the money that was previously used for covering gas fees will now be allocated to the development and purchase of the BUR budget, according to the project’s announcement.

Bunicorn Becomes One of the Top 15 Favorite Projects on BSC

The game has certainly brought attention to the token and the project itself, which was recently listed among the top 15 MVBIII Monthly Stars for September. Essentially, this means that Bunicorn and 14 other projects were selected as some of the best projects in the Binance Smart Chain ecosystem.

The project once again praised its community for this achievement, noting that it wouldn’t have made it without their help and ceaseless support. On its end, the community is continuously praising the project, revealing that their relationship with it is quite close and supportive.