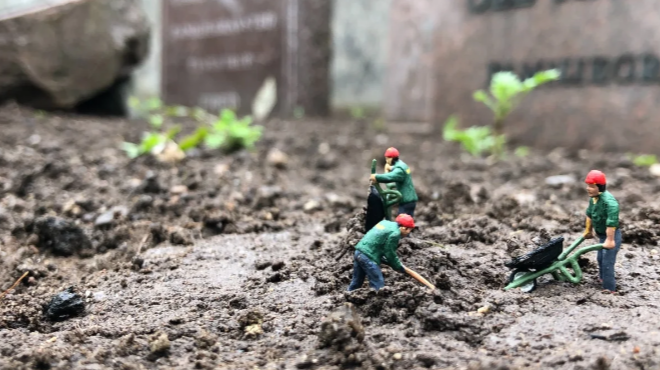 Like the gravediggers, they just prepare a place and dig a place for everyone to rest.

A gravedigger, still a noble job among the dirty jobs of the other world. Become a meaningful job for every human being prepared for their final resting place. If not for them who else would be willing to do this work, is it possible to dig a grave for ourselves before we die? 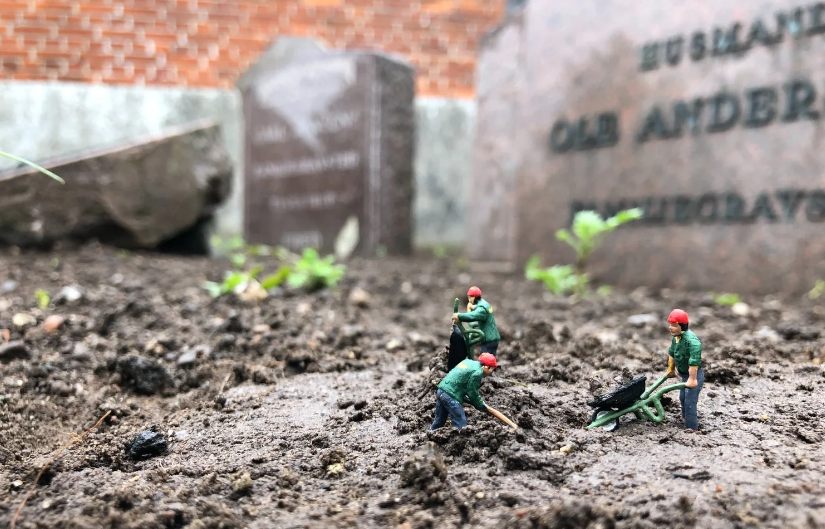 Photo by Claus Jensen on Unsplash

Sounds scary indeed the work they do, sounds a little alienated maybe their job. But at least that is nobler than the perpetrators of the evils of the world that exist today. Corrupts from politicians, economists, and so on are only able to create a variety of deaths and say prepare your death holes because that's what we do for you.

Today is a truce, giving a little breath of life to every human being in the real war zone at this time. Without exception, refugees, civilians, and soldiers from both sides. And giving a little breath of relief to the world, especially in the world economy, giving a little positive graph on various things that are affected by the problem of war. For those who think it also gives meaning to time to think calmly for a moment about the effects that will occur in the future due to the current war.

Overcast doesn't mean rain, a truce doesn't mean the end of a war but of course, everyone's hope is for sure that this can be an end. Greed and fear are the main bases of the presence of war.

The gravediggers will work whenever someone asks them to dig a grave, while the elites work like the gravediggers creating excavations in every side of the world to fulfill their desires and the glitter of their lives. Different purposes and meanings of the real truth.

Hoes, sweat, not knowing the time, and soil are common for gravediggers. However, unlike the gravediggers who sit quietly working without sweat, the time they want is neat and with just a pen, thousands and even millions of graves can be dug in an instant.

Unknowingly the perpetrators who do work like their grave diggers will also go where their steps will be. One thing is certain, maybe they feel that they are the only ones who deserve to feel what life means, forgetting that life is a right for every living creature created, without exception. Especially if you only compare issues of race, skin color, religion or others. It's disgusting to think about the existence of humans who still think like this. Even though every living thing that exists has the same needs, eat, drink, and in the end defecate or excrete. Are there any feces produced by humans that is odorless and disgusting? Same if you don't believe it, just look at our own shit.