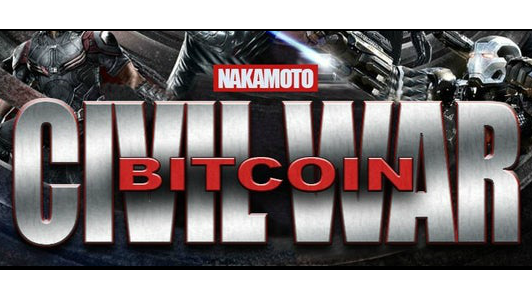 Why Bitcoin went up after the Americans hit??

Because after the rise of geopolitical risk, the consequence of the American offensive, gold, silver and the popular cryptocurrency. How "safe port" can it be considered?

Bitcoin's 7.5% launch has been in the last few hours. As we can see in the hourly chart below, it broke the monotonous slow and excruciating slide of the previous days.

This reaction is not irrelevant to today's dip in the international financial markets, due to the Americans' strike on Iranian soil. An energy that paves the way for retaliation and escalation.

The good thing about Bitcoin was not so much the upside as it confirms its status as a non-correlated asset. Many believe it will be a safety net in the event of a general crisis. If the islet designation seems excessive, you certainly would not disagree with the term hedging. Bitcoin does not react to economic and geopolitical data such as stocks, bonds or the foreign exchange market.

This lack of correlation makes it attractive to some investors who want to differentiate themselves from traditional market risks. This is why we see funds flowing to gold, silver and Bitcoin. Against this backdrop, one wonders why some powerful investors are interested in a highly volatile stock market value like Bitcoin. This is not speculation. They are attracted by the outlet offered to them for hedging. They are right; It's relatively uncertain. There is little historical evidence to be sure. But undoubtedly, this is how many "big wallets" think.

Many managers look for assets that are unrelated to others as a way out of the pressing problem of hedging. In a panic, the price of shares in different sectors ceases to have a non-correlated relationship. Prices collapse simultaneously, drifting from the same downstream. Let us clarify here that there is a difference between non-correlation and inverse correlation. We do not necessarily expect the price of Bitcoin to rise when the stocks fall and vice versa. 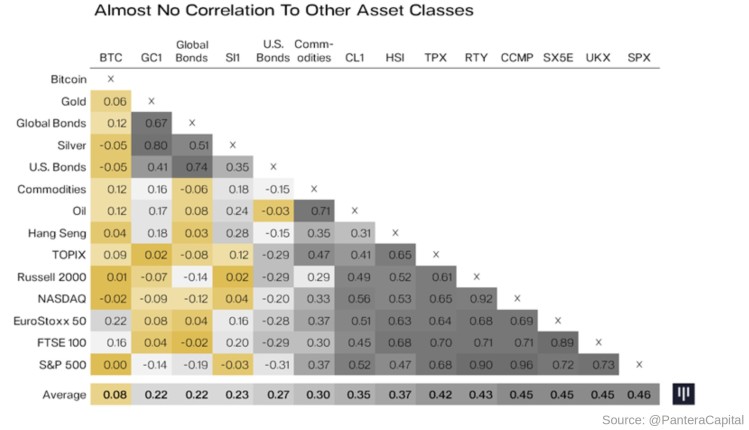 Since there is gold, why looking to rediscover the wheel is a reasonable question. An additional argument against Bitcoin is that investors will be reluctant to go there because they still don't know. They do not feel intimate. The addition of gold covers their need for diversification. Especially when the case of Bitcoin is characterized by high volatility.

The answer is that gold is hardly a guarantee of boring credibility, one that collapsed in 2008 along with equities.

If there is a crisis of such intensity as then, something that no one can rule out, we will again see all the stocks, real estate and other traditional assets move down like the women of synchronized swimming. Whatever their differences. In critical situations, sales do not follow a chilled and pre-planned strategy. Logic is not a prerequisite. Going into a recession means that the standard of living is falling, so is the investment income available. And not only that. They liquidate them to meet their needs or obligations.

So why not have a small percentage of our portfolio in something that, at least with the data so far, seems not to be backed up with everything else? A small percentage of 1%, with the same reasoning as when buying a security. This will bring tectonic changes to the crypto market. The 1% as a percentage seems minimal, but if you put it next to the trillions of funds moving in, it represents a huge amount of money.

Do you consider what we are saying too much? That no kind of "premium" is needed? Are you 100% sure that governments and bankers will meet the challenges successfully? That no serious crisis is going to happen in the next few years?

According to the Wall Street Journal, Ray Dalio's Bridgewater has used more than $ 1 billion of its stock to market options, betting on the decline of S&P and EuroStoxx. Obviously, no matter how large the number seems to us, it is a small part of their portfolio that was used as a hedge, but it does not cease to be an indication of their concern.

Adding another Wall Street legend, Warren Buffett, to the Berkshire Hathaway Treasury holds a record billions of cash, meaning that "traditional" big investors are scared. Excessive exposure to an overvalued market seems risky. The correction that will come right out of the box will be in an uncertain time and probably steep. The time bomb is not hidden. The tic tac sounds. The active volcanoes mute before they explode. The more pressure accumulates, the stronger the energy release during the explosion.