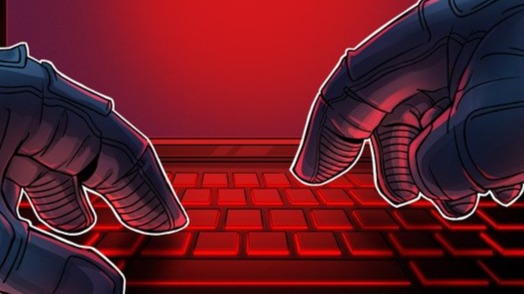 Hello everyone and welcome to the fourth edition of My Greatest Crypto scams of all time. Yesterday on the last episode, I talked about Bitconnect and how they manipulated the market to scam investors and users of their funds. If you didn't read that, then take a few minutes to go give it a read here. Now straight into today's episode, let's get right into it guys.

Pincoin and Ifan were two startups in 2019 that claimed to be from Dubai and Singapore respectively, but reports later showed that they were controlled by the same company. The company was Modern Tech and they were not from either Dubai or Singapore, they were from Vietnam. A team of seven Vietnamese were the master minds of one of the Crypto world's greatest scams and their names were; Bui Thi My Ngoc, Ho Phu Ty, Ho Xuan Van, Luong Huynh Quoc Huy, Luu Trong Tuan, Nguyen Duc Trong, Nguyen Trung Hieu, and Vu Huu Loi. They claimed that they were representing products from Singapore and India and to make it all look legit, they registered their company as a legal representative in Vietnam with tax code 0314707223. However, the company was a Multi Level Marketing scheme and they raised hundreds of millions of dollars through their Initial Coin Offering (ICO).

Now let's delve into how they scammed unsuspecting members of the public. The company, Modern Tech, first ran an ICO for Pincoin. They promised exponential and constant returns to investors (just like all other scam projects we've examined). Investors were promised a profit rate of 40 percent a month from whatever initial investment they put into the project, and they were guaranteed that they would get back all investments after just four months (who is ever that sure). Investors were also promised that they would be rewarded with an 8% commission for every new member they brought to the network. To sweeten the deal, they put a picture of a yellow Lamborghini on the website telling you that you could get that if you were ready to work.

If only people had bothered to thoroughly investigate the platform, they would have found that the website was first incomplete even though the scammers had spent money to make it really nice. Also, there was no mention anywhere of their founders or advisors, be it on their nice looking website or their fancy, multi-lingual white paper. If you know anything about researching, then you would know that this is a sure red flag and you should run when you can't find and verify their founders. The absolute reverse was the case and an astounding 32,000 investors fell for their lies, and the Pincoin ICO raised 15 trillion Dong (the Vietnamese FIAT) which estimated to $660 million. The scammers in the beginning paid out investors in cash (the Vietnamese Dong) as commissions, but it started to take a turn for the worst when they launched the IFan tokens and began sending them to investors. Pincoin investors began receive their rewards in IFan tokens, but the tokens were worthless and never redeemable for cash according to reports. Then payments stopped totally and the lies began to show.

The events that happened next were shocking (to say the least) to investors. The seven Vietnamese nationals left the country unknown to investors, and they abandoned their company headquarters. By the time investors began to protest and ask for their money back in front of the company's office, they had already disappeared. The owner of the building that housed their headquarters said in a statement that the company had packed up and left a month earlier to a location that no one knew about. And just like that, the project packed up and disappeared into thin air carting away 660 million dollars. Their exit scam also cemented their place as the largest scam in Crypto at the time (it also indicated that bigger scams were to come). The sad part about it was that Vietnam was at the time reportedly preparing to legalize Bitcoin for use in the country. After this however, the central bank have since enforced laws to prohibit the usage of Bitcoin as a legal tender in the country.

Like I said from the beginning, I am not writing this series to make fun of (or paint them as fools) those who lost money in these scams. I am writing it for us to learn what not to do and what to stay away from to avoid a repeat. Hope you have learnt a thing or two so far. See you on the next episode, and let's see what coin or project is my greatest scam in Crypto history. I'm sure you want to see this guys, but for now it's bye guys. Show some love if you have enjoyed the series so far, from me it's............