The ongoing electricity cost associated with running a mining rig on Bitcoin is often criticized for its energy guzzling requirements. Mining not just for Bitcoin but all other mineable altcoins, can be an ongoing challenge especially in a volatile or bear market where the cost to mine a coin must be constantly evaluated against the value of the coin.

In the final quarter of 2018, it was estimated that mining one bitcoin cost around $4758 US dollars, with the average value of Bitcoin at $3600 US dollars. Unsurprisingly the latter half of 2018 saw many miners jumping ship, switching off or selling their mining rigs.

Enter a green alternate: Bitcoin Green (BITG). It’s a proof of stake (PoS) alternate cryptocurrency to Bitcoin that allows users to earn Bitcoin Green by “staking” or holding coins in their wallet. It’s a little like earning interest on your holdings.

The primary purpose of the coin is to act as a daily use cryptocurrency and an efficient, sustainable and scalable alternative to Bitcoin. So much so that their website is called savebitcoin.io.

Network stability is attained through Proof of Stake and masternodes unlike Bitcoins Proof of Work mechanism, requiring much less energy in the process to create and earn Bitcoin Green.

While there are many lists of PoS coins, Bitcoin Green often gets missed despite its solid albeit short history and ongoing development.

It was established in quarter 3 of 2017 and their official website savebitcoin.io launched in early 2018.

How much can you earn staking BITG?

Theoretically you can start staking with any amount of BITG but to see regular rewards you will need between at least 100 to 400 BITG — which averages about 1 stake per day with each stake reward at 1.5 BITG.

While the price in BITG has decreased over time, I still feel very bullish about the long term prospect for BITG. Its followed the course of much of the cryptocurrency market during 2018, a year of consolidation and sorting out the blockchain wheat from the chaff but it seems to be weathering the storm.

For the average retail investor, the passive income from owning 100 to 400 coins isn't going to allow you to quit your day job just yet, however the current price is a bargain and I can’t see a reason why BITG can’t once again reach its all-time high and perhaps even surpass that during the next cryptocurrency Bull Run — though cryptocurrency is a volatile and new market and nothing of course is guaranteed.

How to stake Bitcoin Green.

Setting up and staking BITG is a relatively simple process that is consistent with setting up the majority of PoS coins.

1) Select the appropriate wallet for your operating system from the official download page at: https://www.savebitcoin.io/wallet/

2) Once downloaded you’ll need to unzip or unpack the file (this will be a zip file on windows or DMG file on mac) — make sure to note where it is unpacked.

3) Once unzipped o start the wallet click on the bitcoingreen-qt application. The wallet will start and begin syncing with the network — you can watch the progress in the bottom of the wallet.

4) Next you will want to encrypt and create a password for your wallet — do this from the settings menu and selecting “Encrypt wallet”. Make sure to write down the password. If you lose it, you will not be able to access your funds.

5) Next you will need to purchase some initial BITG from an exchange — the following exchanges currently list BITG: Cryptobridge, CoinExchange and STEX. You will need to own some Bitcoin to trade it for BITG. I’ve used both stex and cryptobridge without issue but once again please do your own research.

7) To enable staking locate unlock wallet under the settings menu. Enter your wallet password and check the box to unlock wallet for staking only.

8) Once staking is running you will see a green leaf icon in the bottom right hand corner of the wallet.

Note your wallet must be fully synchronized with the network to stake. The staking may not be immediate as the wallet connects to the network and peers. So be patient and give it a few minutes to kick in. You will need to leave your wallet running to stake.

If you run into issues with setting up your wallet or staking, help can be found through Bitcoin Greens social media channels listed on https://www.savebitcoin.io/resources/ 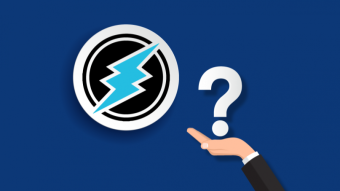 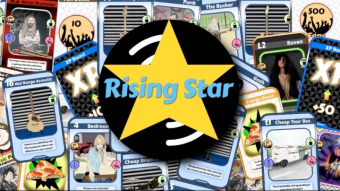