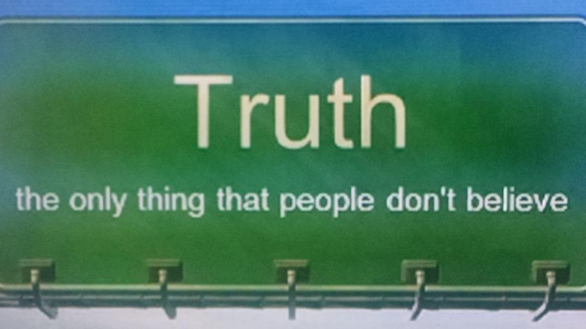 The TRUTH about the Truth 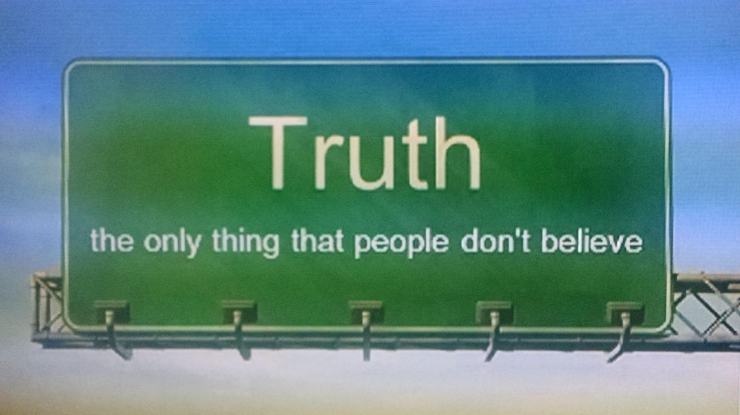 One of the prime reasons why so many have a hard time dealing with Truth is due to the immense social conditioning of the Lie. The Lie is constantly reinforced nearly everywhere we go, on the TV, and on the computer screen. It's like there are "Lie land minds" everywhere we have to watch out for as we go about our day. Have taught myself how to block most of it out or find humor in it. Has been said there are no Truths but half truths. What percentage of Truth is 2+2 equals 4? It is 100 percent True. So that statement is a bit misleading but partially True itself. There are also different levels of Truth in the onion of life we discover and peel away for the next level of Truth.

Our current 100 percent TRUTH is that we have enslaved ourselves through giving away our individual power over to the criminally insane who make very important decisions for us. It is also 100 percent True that an agenda exist to lower the population through harm, also known as Legal Genocide. There is ample amount of evidence to support this Truth. Ignoring these Truths or tricking ourselves into beLIEving it is all just relative will escalate Legal Slavery/Genocide/Harm, not decrease it. Voting is harmful because it is consenting to both.

Truth just like morality is not relative nor subjective. I still see many highly intelligent aware people speaking as it is. If I decide that harming children is acceptable does it make it right choice? If I decide poisoning the population is not only acceptable but justifiable due to "so-called" over population does it make it right? See, the right choice is most always the one that creates the least amount of harm possible or no harm. We love to justify harm though and not take responsibility for damage done. The simple Truth is, "right or bad choice” will ultimately determine the course and success or failure of future NOW moments. Right choice is a balanced choice creating the least amount of harm in any situation. The only justifications for harming another being is in True self defense or a Real survival situation. We harm for profit, we harm for entertainment, we harm for pleasure. If we do not “desire” to limit or stop harm it will never happen. This is a “personal free will choice” we must willingly make on our own.