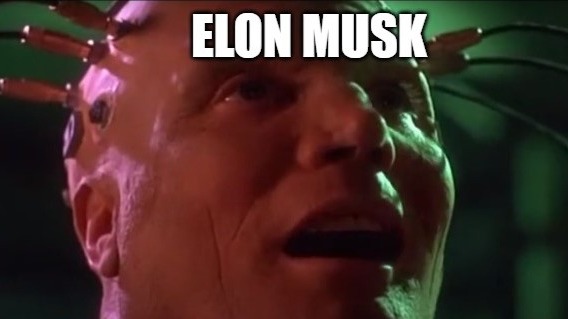 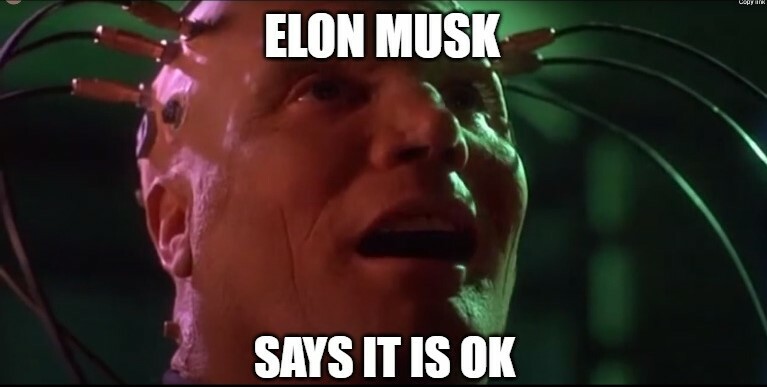 Actually pains me to write this because I have a great deal of respect for Real Science. Science is a beautiful thing when aligned with balance and right action. When aligned with corrupt politics, deceit, control and profit, we have what we have now, failure. Or success if your one of the people who have benefited from the suffering of others from harm caused by Korporate sponsored science.

When I first heard of Elon Musk I was excited and thought he might be a person to change things with science for the better. Did not take me long to figure out he was just another scientific hustler. A salesman for the criminally insane DARK Luciferian trans-humanist Satanist seeking to influence and control the public. He pretends to be another TESLA yet is far from the comparison. TESLA was a man of compassion, love and honor who sought to inspire and assist sentient beings. Elon Musk is a pimp using deceit to CONvince us he is here to help humanity. This is very far from the Truth.

If you seek to know who is here to help us from who is not, examine the methods they are using to help. If they are primarily using synthetic methods to help backed by untrustworthy Korporations they are not here to help. If they are using Natural methods and technology in alignment with balance and not primarily profit motivated they are here to help. TESLA was one of these people, Elon Musk is not. He is a very smooth talking pimp disguised as a philanthropist type like Bill Gates. Someone not to be trusted. Anyone who seeks to drill a hole in your head to implant unnecessary technology is not your friend. A True humanitarian scientist is working on ways to nutrify and assist as many beings as possible with the least amount of energy spent. A deceptive scientist is trying to sell you an alternative to natural based solutions for large amounts of money with heavy damage.

There is a cheesy sci-fi film called “Circuitry Man” concerned citizens might want to check out. Captures the potential outcomes of implants within the brain. This is an old film written by either a prophet of science fiction or someone who understood what would be coming and wanted to warn us. There is another great episode from a series called “The Outer Limits” entitled “Stream Of Consciousness” concerned citizens will want to check out. Another great example of what a future holds for a society that embraces technology that is based in trans-humanism implants. Fully connected to a controlled A.I. digital stream of data. We already have witnessed through the Matrix series what could go wrong embracing this type of technology. Elon fully understands the risks yet continues to participate in its development. He is involved in 5G satellite technology and other very deadly endeavors. Why? Because he is not our friend. He is a Devil in disguise pretending to be of service. He is the epitome of all that is to be avoided. Noam Chomsky does a great job explaining why it will not work in this video.

Many are mesmerized by this type of technology and seek to be willing victims in the development of such desires. These types are not much different than those seeking to escape from reality beLIEving things will be better somewhere else. Some place else other than what we have now. Instead of trying to help assist in the changes needed to make this reality better seek to escape it. The price for this level of escapism is a harm still unknown to sentient beings. Some things are not worth the price of knowing, this is one of them...