Harbingers of Spring also Known as The Early Bird
MyCryptoOutlook2022 BitYard Contest and Giveaway - $1,200 in ETH Prizes! >> JOIN FROM HERE << 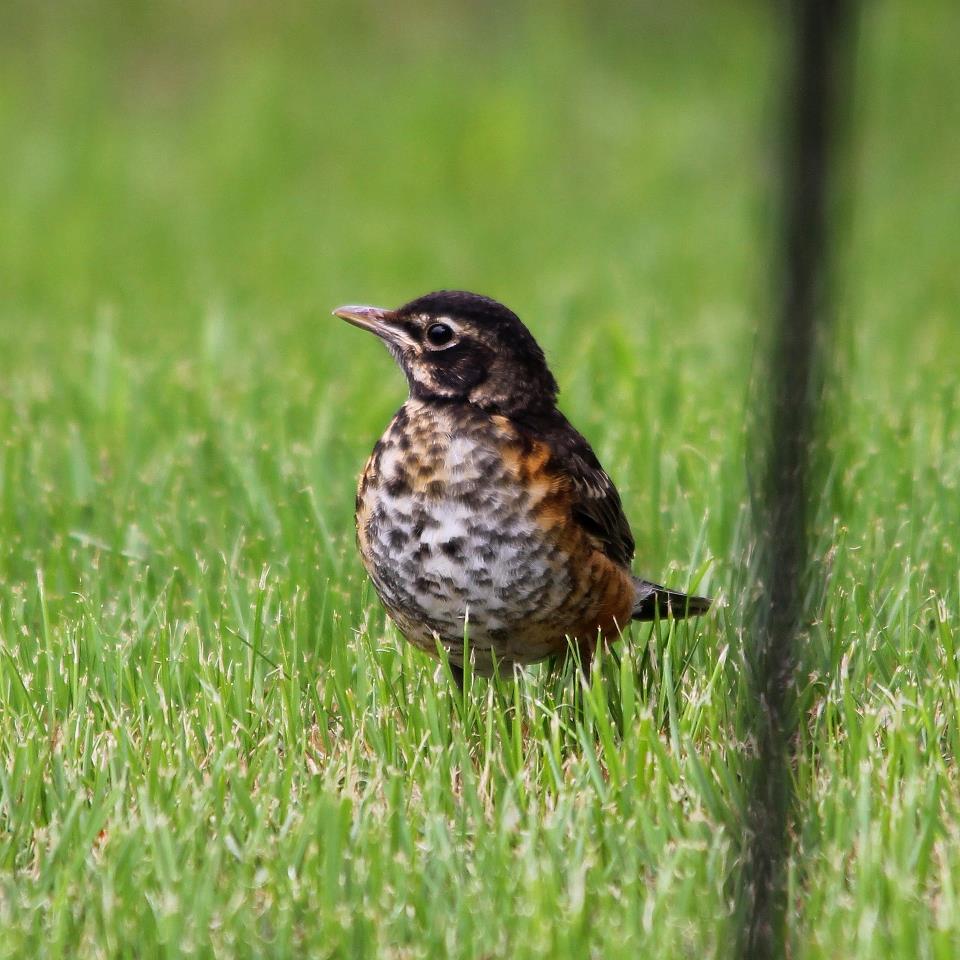 Harbingers of Spring also Known as The Early Bird

Every year, many of us here in North America look for that first sign of Spring with the thoughts of warmer weather and longer days :) :) :) Sure we can get the occassional 70-80F day here in Pennsylvania in January/February but usually 2 or 3 days later, we are buried in a foot and a half of snow or more :O:O:O Winter was really never my favorite time of year. Maybe when I was a kid and winter weather cancelled school, I was like "Yay me!!!!" but now that I have to work in winter weather, not so much thrilled about it.

Anyway, one of the first harbingers of Spring I look for is what is also known as "The Early Bird". Yes, the American Robin. Most likely the first spring bird to return north to its breeding grounds. Ahhhh yes, the sounds of American Robins singing in the trees early in the morning, sometimes as early as 2 or 3am WTF!!!!! American Robins building their nests on the outside light fixtures of porches or anywhere else they can be a pain in the ass and build a nest but wait!!!!! Spring is on the way :) The first American Robins have arrived here in my area of Pennsylvania, about 2 weeks ago and the numbers are growing by the day 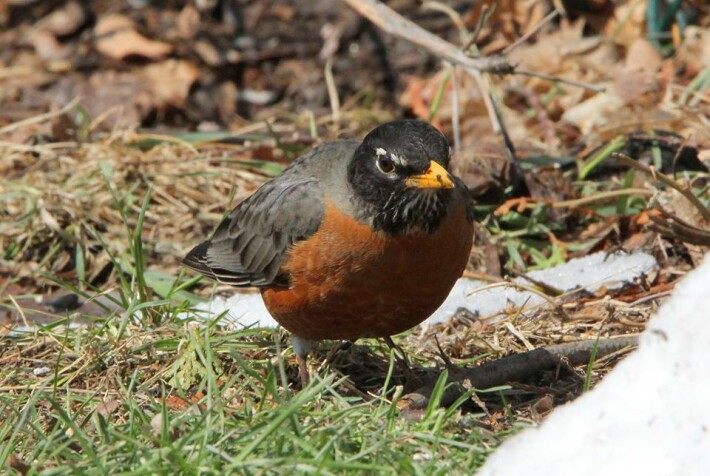 The early bird catches a worm (true saying). Could have used that worm myself for fishing :) 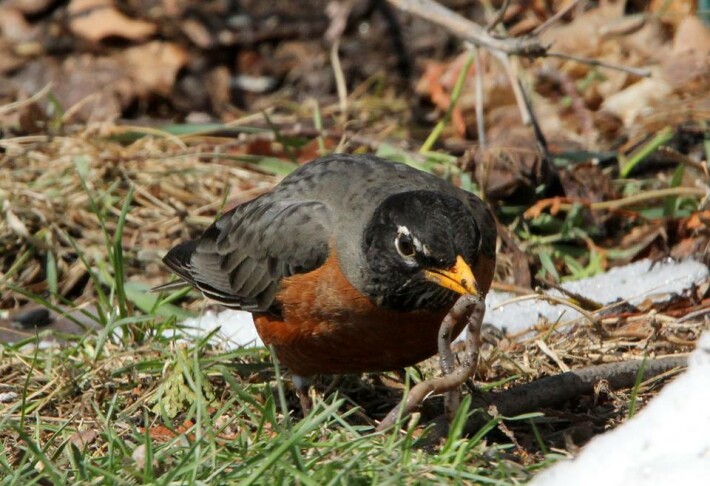 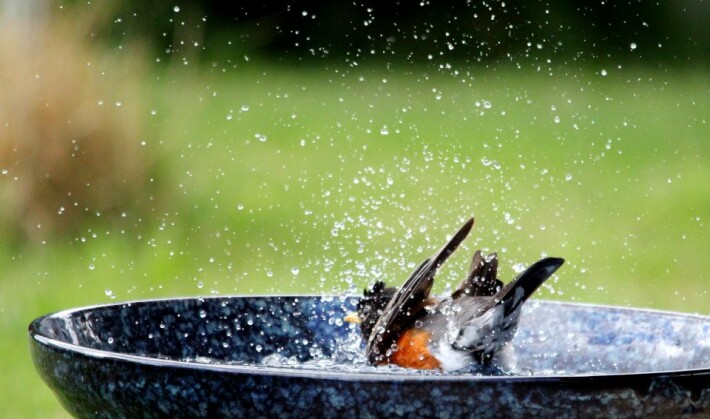 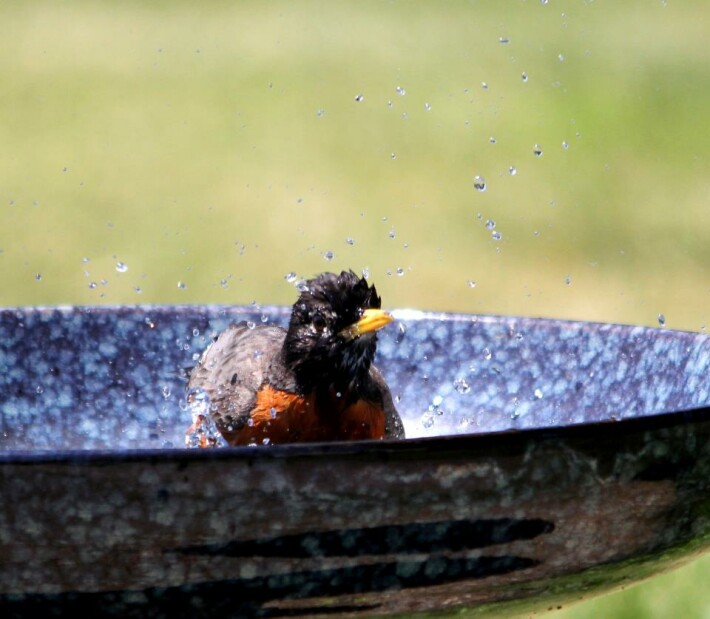 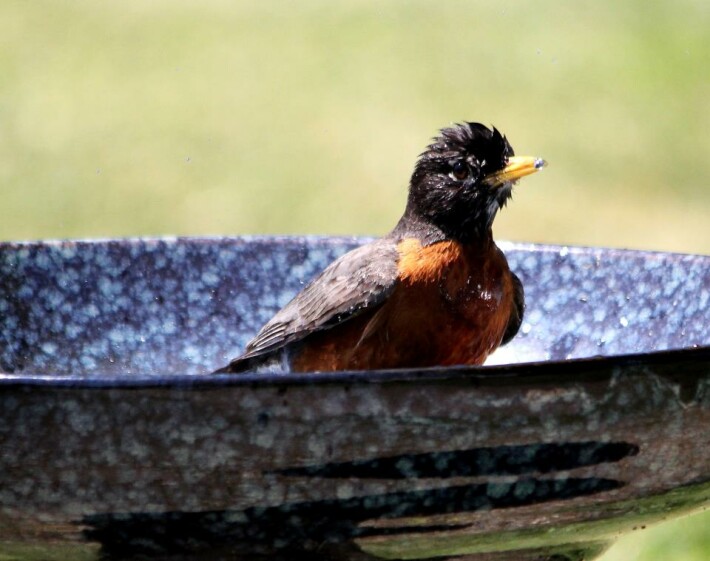 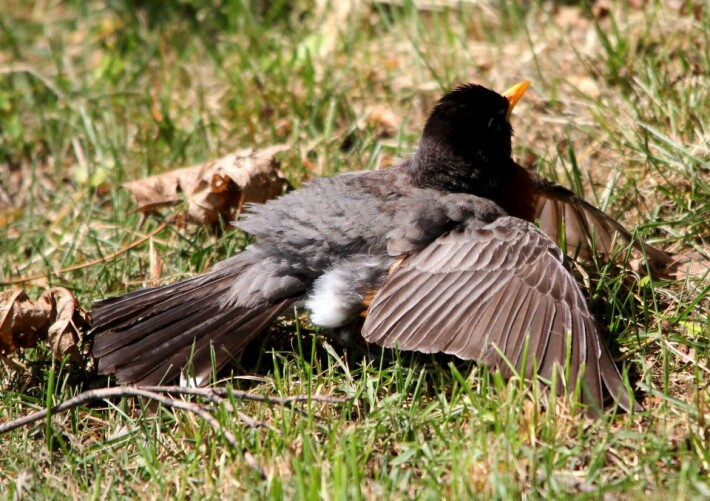 Want to know some cool facts about American Robins??? The following info is provided by The Cornell Lab of Ornithology

1. An American Robin can produce three successful broods in one year. On average, though, only 40 percent of nests successfully produce young. Only 25 percent of those fledged young survive to November. From that point on, about half of the robins alive in any year will make it to the next. Despite the fact that a lucky robin can live to be 14 years old, the entire population turns over on average every six years

2. Robins eat a lot of fruit in fall and winter. When they eat honeysuckle berries exclusively, they sometimes become intoxicated

3. Robin roosts can be huge, sometimes including a quarter-million birds during winter. In summer, females sleep at their nests and males gather at roosts. As young robins become independent, they join the males. Female adults go to the roosts only after they have finished nesting

4. Robins eat different types of food depending on the time of day: more earthworms in the morning and more fruit later in the day. Because the robin forages largely on lawns, it is vulnerable to pesticide poisoning and can be an important indicator of chemical pollution

5. The oldest recorded American Robin was 13 years and 11 months old

Thanks everyone for taking the time to read this post. Have a great day/night wherever you may be. Spring, warmer temps and longer days are on the way