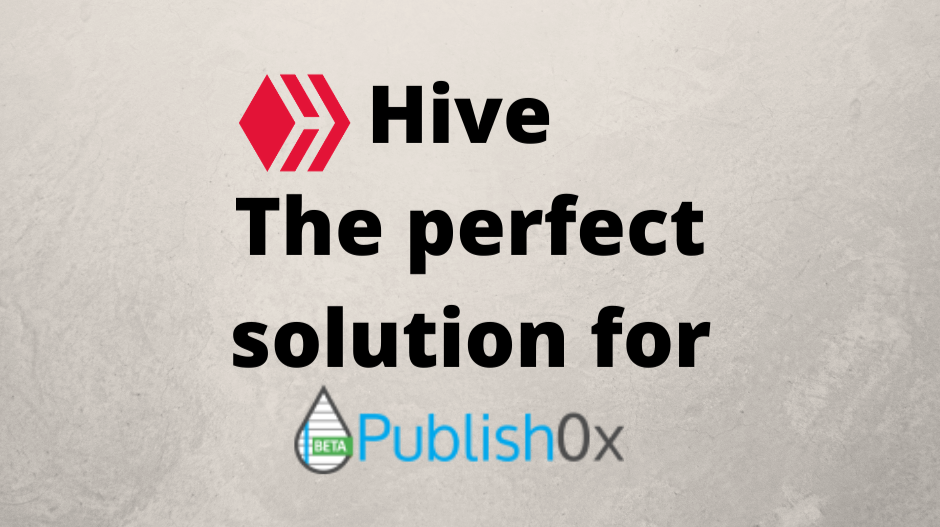 Hive the perfect solution for Publish0x

The Ethereum blockchain is celebrating the DeFi boom. However this boom could impact a lot of things negatively on this blockchain.

Today I logged into my account on publish0x and I was greeted by a big banner telling me that the payouts would be delayed. This got me intrigued and I read the related post.

Publish0x is distributing Ethereum based tokens and in this post they mentioned that the delay of the payout was related to the price of GAS, the transaction fees on the Ethereum blockchain:

When we first started Publish0x, gas prices were 6 gwei. It cost us $10-20 to pay out 2000 people.
Today gas prices hit an all time high of over 460 gwei, nearly 100x the cost. We're looking at $2,000+ cost for a payout at current gas prices. This is obviously not economically viable.

The amazing DeFi boom could represent a boomerang for the Ethereum blockchain. The huge demand generated by these financial Dapps brings the blockchain to the limits of its potential. There are simply too many transactions to cope with, which drives the transaction prices into the skies.

Imagine what this represents for all the Dapps on Ethereum, the games and all the projects that need to transact on the blockchain. They won't generate as much profits as DeFi apps and they simply can't afford to pay for these transactions.

The Hive blockchain won't be able to compete on DeFi I believe because Ethereum has a huge first mover advantage in this respect. But what about all the games and dapps that are based on Ethereum and that have difficulties to function in the present conditions?

A potential solution for publish0x

If I look at the specific case of publish0x, it could be a huge advantage for them to distribute Hive tokens instead of Ethereum based tokens.

The most obvious aspect are the transaction costs. They are completely free on Hive. They would save a lot of money just thanks to that.

At the moment publish0x makes money with ads on their platform. The money from ad revenues is used as a reward pool. Users can tip other users and the money comes from this reward pool and goes to the author. At the same time, when tipping, you can decide how much of this tip you want to keep for yourself. It's possible to tip a certain number of times per day and with each tip, the value of the tip diminishes.

The system seems to work and people like the fact that they can earn by tipping others and by writing content.

Let's imagine that with the same infrastructure, publish0x would distribute Hive instead of Ethereum based tokens. They could actually improve their business model. They could buy hive with the ad revenues. In a second step they would stake these Hive in order to lease them out on dlease. They could reach a return of up to 15% APR just by leasing this money out. The more ad revenue is generated, the more Hive can be staked and the more return can be earned.

This would mean that publish0x would grow over time and could pay more and more rewards to the users.

Hive would profit a lot from such a move from publish0x to Hive because it would bring the attention of all the users of publish0x to the hive ecosystem. In addition to that publish0x would buy Hive with ad revenue which would have a positive effect on hive prices.

On the other hand, Hive is an amazing and huge community of content creators and they would love to have one more income source. This would probably bring a lot of community members to the publish0x platform. In addition to that Hive is not only content creation, it's a lot more than that and it's enough to check-out the state of dapps website to see all the potential that lies in this blockchain.

Without changing their core business concept, publish0x could improve their business model for them and for their users by adopting Hive as the token that would be distributed to their users. At the same time, Hive would profit from the visibility and the increased demand in Hive tokens.

Let's connect on Hive, Lbry or on Publish0x