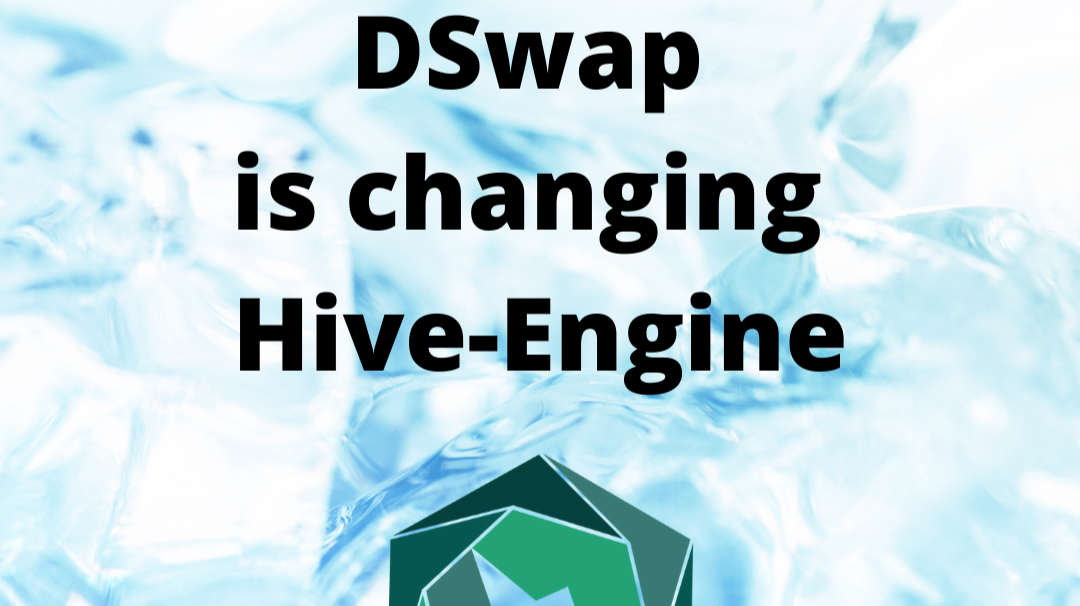 Are you familiar with DSwap? It's a new app that offers the possibility to run smart contracts on the Hive-Engine side chain. For the moment you can run a bot that plays the market maker on a hive-engine market.

What is a market maker?

A market maker is a person, an account or a bot that places orders on both sides of a market. He puts buy orders and sell orders. Between these orders there is a price difference, also called spread. By buying and selling on the market, thanks to this spread, a market maker can make small profits from these trades. The more trades it makes, the bigger the profits will be.

What are DSwap market makers?

How does this allow to earn money?

To understand how a market maker can earn money, let's take a little example.

In this example the market maker has put a buy order at 100 and a sell order at 105. His hopes are that both orders will be executed and like that he would earn 5 in the process. This is just a simplified version of it and of course it's much more dynamic, especially with a bot.

To earn money with such a market maker bot, the owner of the bot will choose a trading pair that has some transactions (otherwise the bot will be idle), a big spread (the bigger the spread the higher the earning potential) and a rather stable price (if the price moves only in one direction, it will drain these bots).

If you want to start such a trading bot, you might have a look at the prices. You need to invest around 100 Hive and stake an additional amount in BEE tokens. In addition to that you will need liquid funds to feed the bot.

How these trading bots will impact the hive-engine tokens

There are already some bots out there trading automatically on the market. With DSwap, such bots will become accessible to almost anybody and it will have a big impact on these markets.

With such a trading bot you have a certain edge and you can earn quite well. However we will probably see more than one bot on some trading pairs. First new bot owners will try to find tokens pairs which offer a certain profitability and where there is no other bot at work. They will first look for tokens that have a big spread, a certain volume and also a certain stability.

Once there are bots on all interesting trading pairs, we will encounter cases where there are several bots on the same trading pair. If they have all the same strategy (top of the book), we will see several things:

These bots will constantly re-balance themselves and put new orders on the market. This will have a stabilizing effect on the token price, simply because there will be a dynamic liquidity on the market.

Until now if you sold a big amount of a token, this would erase a big part of the order book and it would leave a huge spread until people started to refill the order book. With these bots, new orders will populate the order book within 10 minutes

If there are several bots on a same trading pair, with a top of the book strategy, these bots will actually close the spread step by step. The price between buy and sell is going to become smaller and smaller the more bots are at work.

With such market maker bots, you don't just need the bot, you also need the resources to populate the orders on a trading pair. These bots need Hive and the token they want to trade. You can't trade with staked tokens, so you will need a lot of liquid tokens to use a market maker bot. More liquid tokens means in general more volume on the market and also more demand for these tokens.

Improvement of the token economy

Thanks to these market maker bots, token markets will become much more dynamic, liquid and there will be smaller spreads. In general this will be quite positive for these tokens.

I believe however that it will only affect tokens that have a certain trading volume. Probably bot owners will concentrate on the most liquid token pairs at the moment. In the long term, I believe that there will be various bot strategies and there might be a constant volume of transactions generated by bot activity.

This will make these Hive-Engine markets much more interesting for everybody also for traders.

In a second step Dswap will also provide the possiblity to swap tokens. This will be an additional dynamic element for these token markets.

Let's connect on Hive, Lbry or on Publish0x