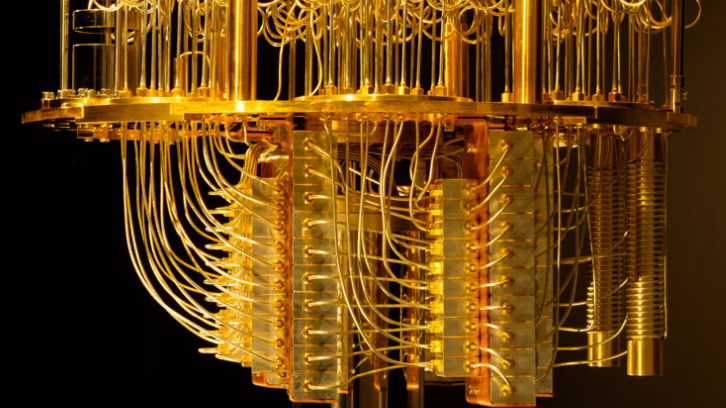 Bitcoin uses the combined power of the miners to secure the currency. Therefore, the only way to directly attack Bitcoin would either be to target the nodes or launch an attack on Bitcoin. An attack on bitcoin would most likely fail, as one would need more power than at least half of the miners(a majority) Currently, bitcoin has a large amount of miners and would be difficult to attack directly. A second way to attack bitcoin would be through targeting the nodes via viruses and such. There would really be no way that Quantum computing could help in this regard. Also, as any viruses you put in a bitcoin transaction will not go through a nodes computer, therefore not affecting them.

How would they get your public key first though? Well, your public key is similar to a signature, you sign it on every transaction, therefore, if they were able to gain access to your signature(public key), which is possible, a quantum computer could decrypt your private key.

Luckily, all of this could only happen a good amount in the future, but as we have learned in the past, it would be hard to change this in bitcoin without a hard fork. In the end, quantum computing has many advantages, but could pose some problems not just for crypto, but for all encryption methods.

Hello, I am a blockchain and crypto enthusiast, and am interested in new and emerging cryptocurrencies that have potential. I am also an avid computer scientist with knowledge in website development, Java, Python, and HTML.