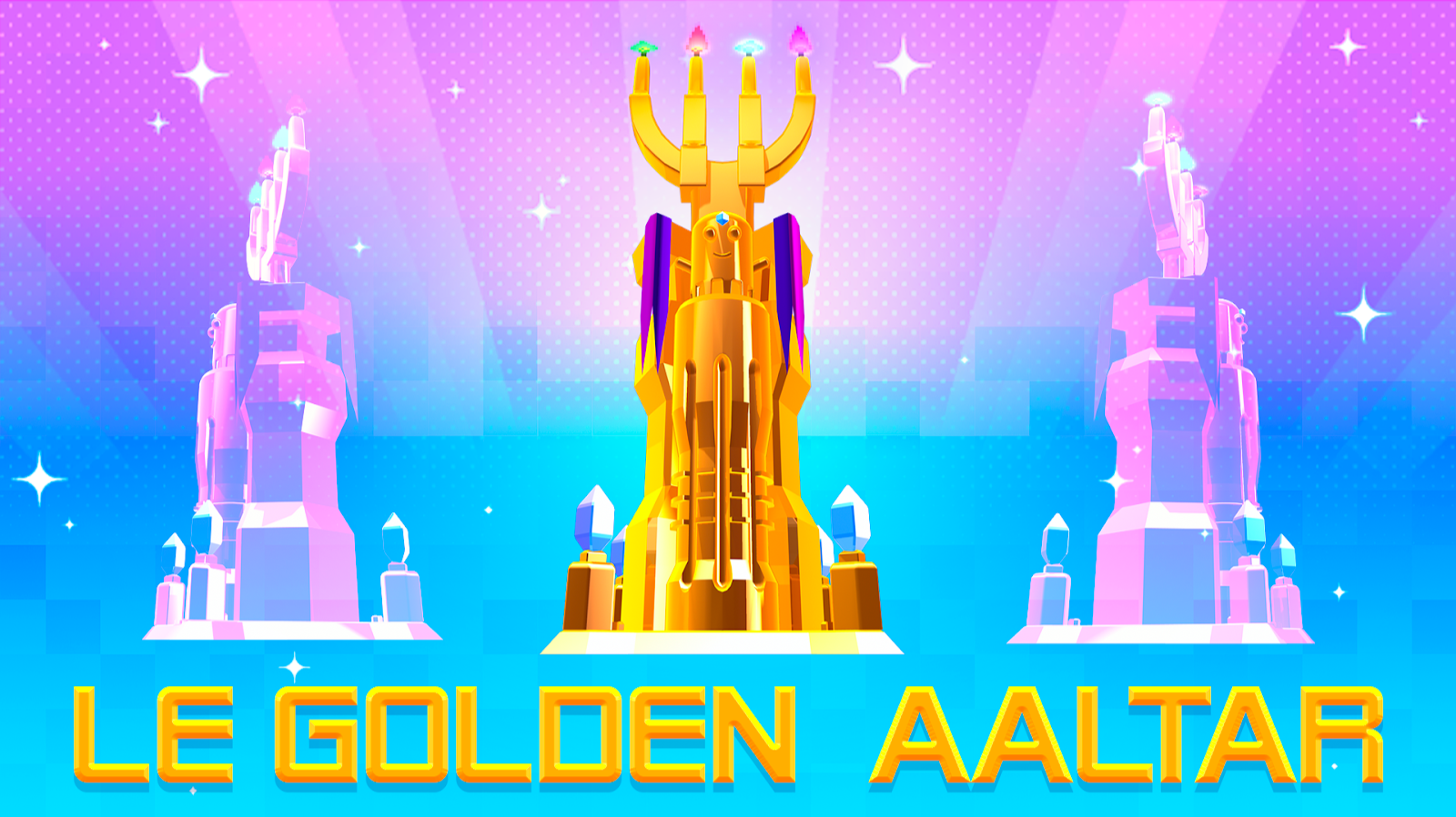 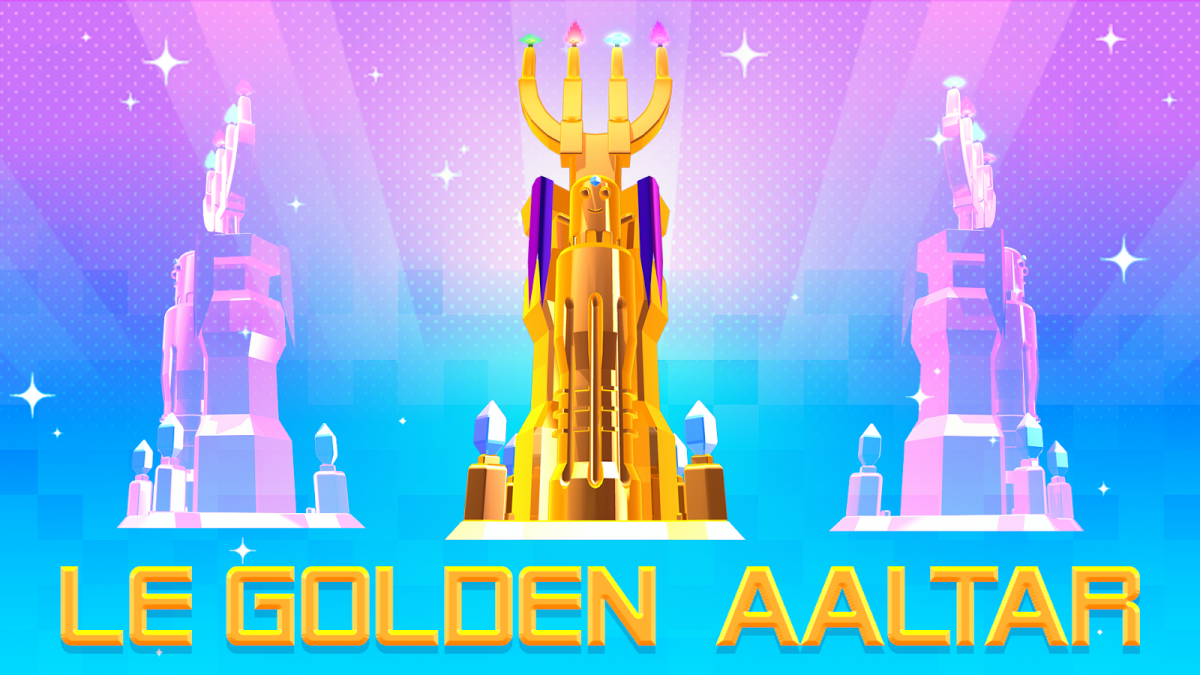 Celebrate the Alpha launch of the Gotchiverse by minting a limited edition Golden Aaltar NFT!

Sure, airdrops are cool. You get free money sent to you, and don’t have to do much. However, they’re usually clouded with VCs, premines, and founder’s allocations.

Want to know what’s better than an airdrop? A fair-launch token drop with NO VCs, NO premine, and NO founder’s allocation.

Crazy idea...but what if, to get your hands on some tokens, you actually had to play the game!?

The goal is simple: Collect as much Alchemica from the "playdrop" as you can between March 31st and April 30th!

What to do with all that sweet Alchemica?

Installations are powerful structures within The Gotchiverse that can be crafted using Gotchus Alchemica. No installation is more important than the Alchemical Aaltar, the first Installation equipped onto any Parcel.

During the Public Alpha period you’ll have the opportunity to craft a limited edition (LE) Golden Aaltar NFT, which functions exactly the same as the Alchemical Aaltar, but is plated with shiny, sumptuous gold, and encrusted with diamonds and other precious jewels.

Keep reading to learn how to craft your very own Golden Aaltar NFT. 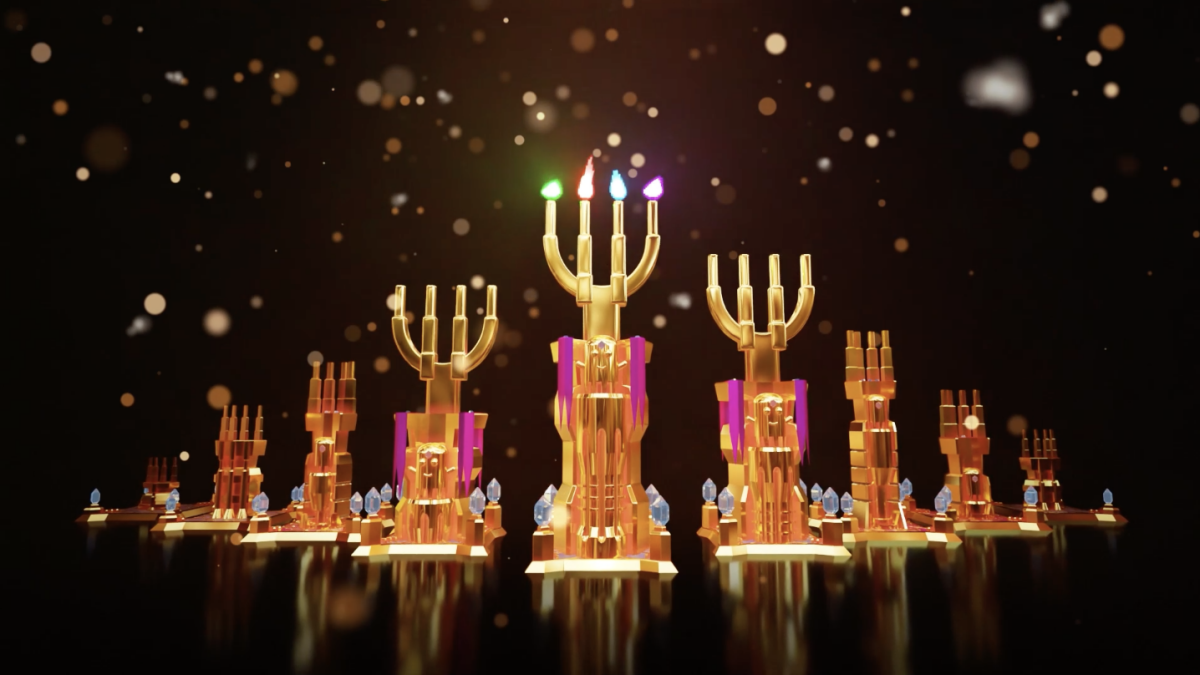 All throughout the Public Alpha period, Alchemica will be dropping in the Gotchiverse, which you can pick up and then withdraw onto the blockchain. 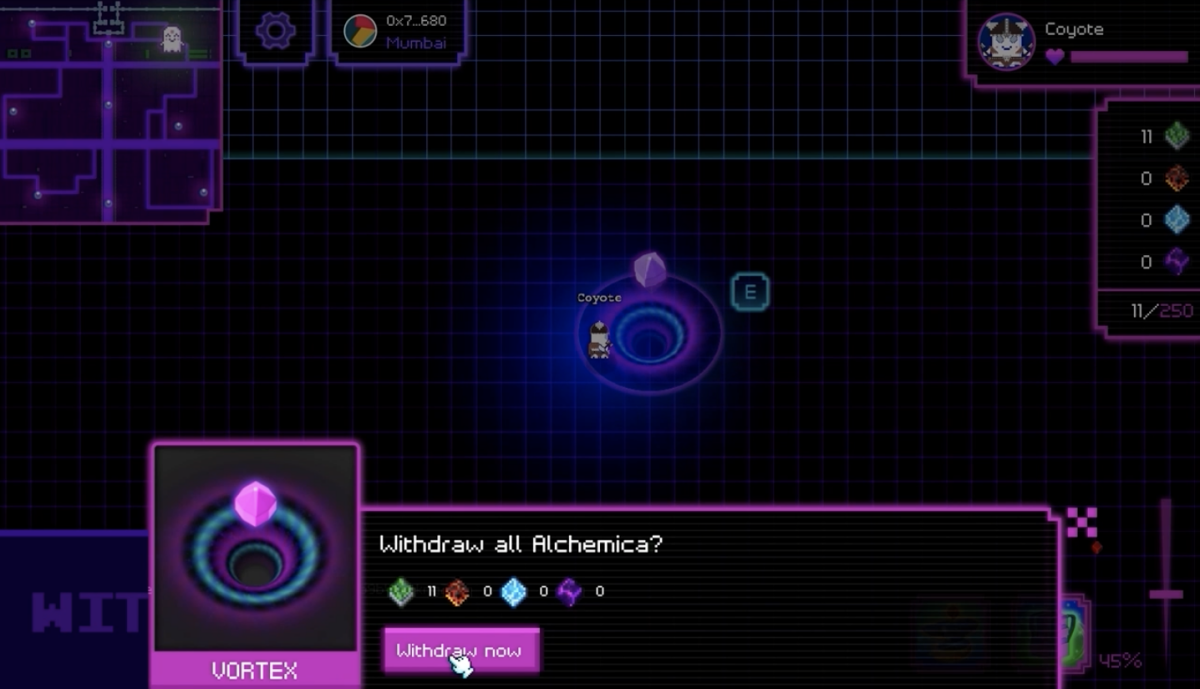 Once you’ve gathered the requisite Alchemica, head to Step 2!

If you aren’t interested in crafting this exclusive NFT to show off on your REALM parcel, then you will still be able to exchange the Alchemica for GHST on Quickswap with limited liquidity, or with more liquidity once the Gotchus Alchemica Exchange (GAX) launches in April or May.

Now that you’ve gathered the Alchemica and withdrawn it to the blockchain, head to the Crafting Table within the Gotchiverse game. You’ll see the Golden Aaltar there, ready to be crafted.

You’ll need to hustle though, because the Golden Aaltar can only be crafted during the Alpha launch period, running Thursday March 31st to April 30th! 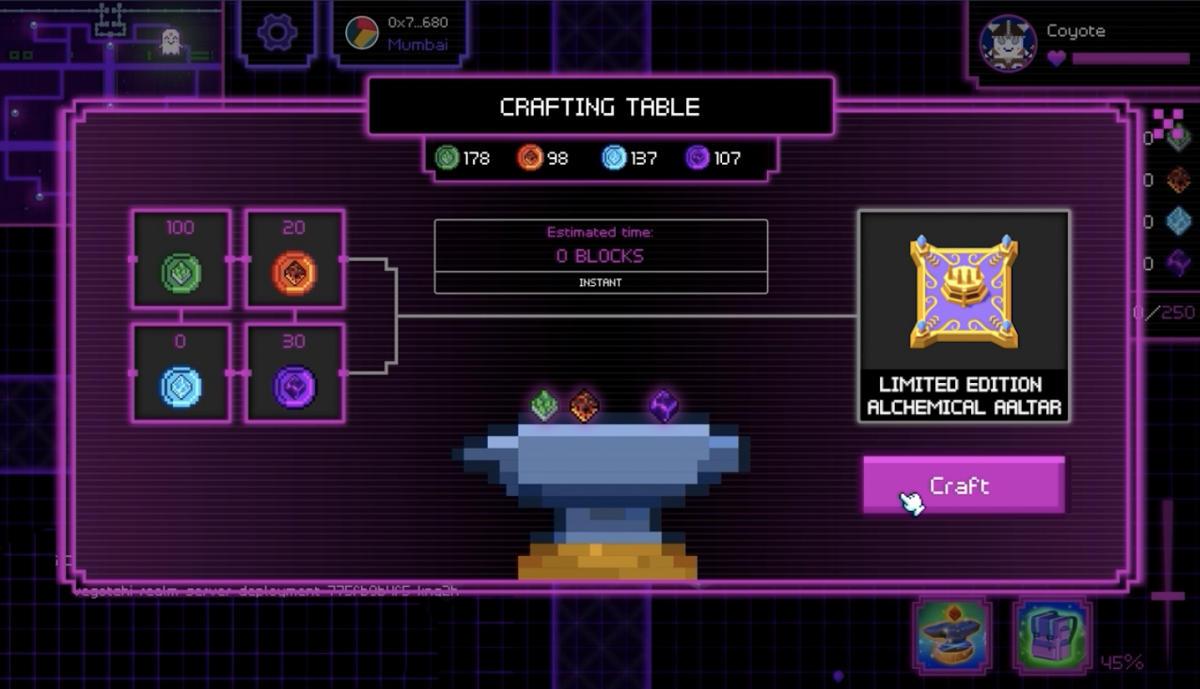 The Limited Edition Golden Aaltar functions exactly the same as a normal Alchemical Aaltar, except it’s GOLD. Once the Gotchiverse Beta is released, you will be able to trade it on the Aavegotchi Baazaar for GHST or equip it on your Parcel.

The supply cap of the LE Golden Altaar is limited by time! These rare NFTs will no longer be able to be minted after April 30th. What's more, there is a limited amount of the four alchemica tokens available during the first month of gameplay, so make sure to participate in the #playdrop if you want a shot at crafting an LE Golden Altaar. There is no supply cap for the Golden Aaltar, but it is limited by the amount of Gotchus Alchemica dropped during the alpha release.

What is the Gotchiverse?

The Gotchiverse is the Aavegotchi NFT Gaming Protocol’s flagship game. We like to think of it as “Clash of Clans” meets “Stardew Valley” meets “Eve Online”, an open-world combining elements of farming, socializing, battling, and world exploration, all powered by the Blockchain and governed by the players.

Gotchus Alchemica are the four elements of the Gotchiverse–FUD, FOMO, ALPHA, and KEK. They are fair-launch ERC20 tokens that are used to craft Installation NFTs within the Gotchiverse.

What is an Alchemical Aaltar?

Do I need an Aavegotchi to Play?

Can I craft more than one Golden Aaltar?

Yes, you can craft as many Golden Aaltars as you want, provided you gather enough Alchemica!

What else can I do in The Gotchiverse?

For now the Gotchiverse experience involves simply gathering Gotchus Alchemica, AKA earning money. Crafting, access to REALM parcels, and all the other features will be live soon for the full version of the Citaadel.

The alpha launch of the Gotchiverse will be live from Thursday, March 31st to April 30th. Don’t miss out on this unique opportunity to cement yourself as a GotchiGang OG 4evar!

See you in The Gotchiverse frens!

Compete for player rewards by earning XP, leveling up, and increasing the rarity of your Aavegotchi fren. Aavegotchi is governed by the AavegotchiDAO and the native eco-governance token GHST. Visit Aavegotchi.com today and join the future of DeFi-staked NFT avatars!