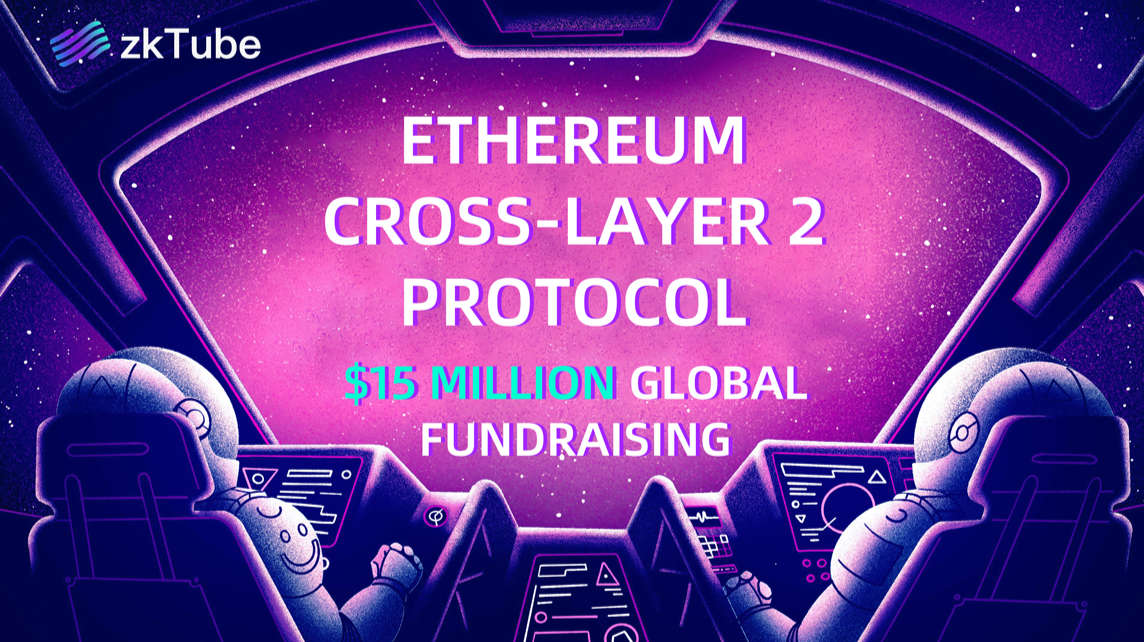 According to official sources, Melbourne-based zkTube Labs, an Ethereum Cross-Rollup Layer 2 protocol, announced the completion of a $15 million round of funding which was led by the Singapore DASH Foundation. Canada OneUni Capital, Amplio Capital (Bitmart), Chainfir Capital, YFund, July Capital and other institutions participated in the investment as well.

zkTube is a network protocol based on Ethereum Layer 2 technology ZK-Rollup. Among other things, the protocol aims to solve Ethereum’s growing problems of congestion, delays when processing transactions, and high gas fees, all while maintaining Layer 1 security. In all rounds, zkTube has raised $15 million to provide Ethereum with Layer 2 network services, reduce Gas fees, improve security and work efficiency.

The funds raised will be used for the comprehensive operation of the Mainnet after its launch on September 10th including Mainnet mining, PayTube Wallet, and the Layer 2 ecosystem construction. The funds will also help strengthen brand promotion globally, community building, and expansion of the team in several geographies.

To date, zkTube has achieved several notable technical and operational milestones, including the optimization of the PLONK algorithm, a successful testnet iteration, the completion of the beta version of PayTube, and its Mainnet launch, among others. Their efforts have been met with enthusiasm by the community, which has over 200,000 followers on multiple social media platforms, such as Telegram, Discord, Twitter and Reddit.

zkTube’s next goals include listing its coin ZKT on different exchanges. They are also expanding their global presence with a growing team in Canada and Dubai. zkTube has been dubbed the First Layer-2 Unicorn, and given its achievements to date and future plans, it is easy to see why.

To know more about zkTube, please visit their website at https://zktube.io/

Aaron is an active contributor to the Ethereum ecosystem, including Layer 2 scaling solutions. He has years of experience working with dozens of blockchain startups where he focused on token economics, marketing, and growth.

Layer 2 is a collective term for solutions designed to help scale your application by handling transactions off the Ethereum mainnet (layer 1) while taking advantage of the robust decentralized security model of the mainnet. Transaction speed suffers when the network is busy which can make the user experience poor for certain types of Dapps. And as the network gets busier, gas prices increase as transaction senders aim to outbid each other. This can make using Ethereum very expensive.