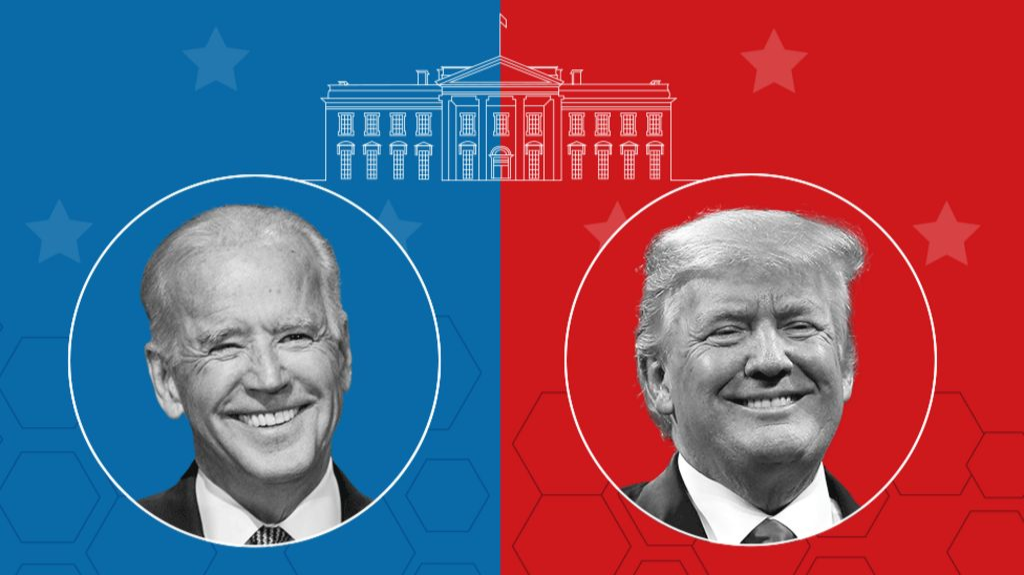 The other two candidates are Jo Jorgensen (Spike Cohen as vice president) from the Libertarian Party and Howie Hawkins (Angela Nicole Walker as vice) from the Green Party.

It is important to mention that during caucuses and primaries, before the National Conventions of each parties, 27 democrats dropped out and just 3 republicans. Donald Trump was nominated by his party during the Republican Convention on the 27th of August 2020. Practically, he did not have any rivals inside the party, every possible opponent was crushed. Trump reached the delegate threshold (1.276 delegates) in March this year, meaning that his score helped him to win the Republican nomination.

In the Democratic party, things were not so simple, considering that besides Joe Biden, there were another 27 people who wanted to reach the final. However, things became clear for Biden with the retirement of Bernie Sanders, making him the leading candidate for his party's nomination in April 2020. Joe Biden managed to reach the delegate threshold in June 2020 (3 months later than Trump) and on the 18th of August 2020 was formally nominated during Democratic National Convention.

One good thing to know is that throughout the entire history of American democracy, 16 presidents, out of 45, managed to secure the second term also consecutively. So Donald Trump could fit into the tradition.

Another important fact to mention is that a total of 1.192 candidates have been registered to run for president (323 from the Democrats, 164 Republicans, 65 Libertarian and 23 Green).

Looking at the numbers, we could say that the Republican Party was much more organized, but my feeling is that Trump’s strong personality forced many to early withdrew or to abandon even the simplest thought of trying to run in the elections. We’ve seen many tensions among the Republican members, where Trump was the most criticized. Still, they decided play his card.

Primary election polls do not look too good for Trump, but he proved that he can mobilize a huge part of the electorate in his favor. At a first glance at the preliminary results, Biden looks like he is going to win. The idea is that in the U.S. there are states that favors one candidate or the other, but there are also states that can favor on any of them. This is where the battle is going to be fought.

Below, there is an image of those states which must be won and also the results of the preliminary polls over there.

It’s hard to say now who is going to win. We need to wait and see.